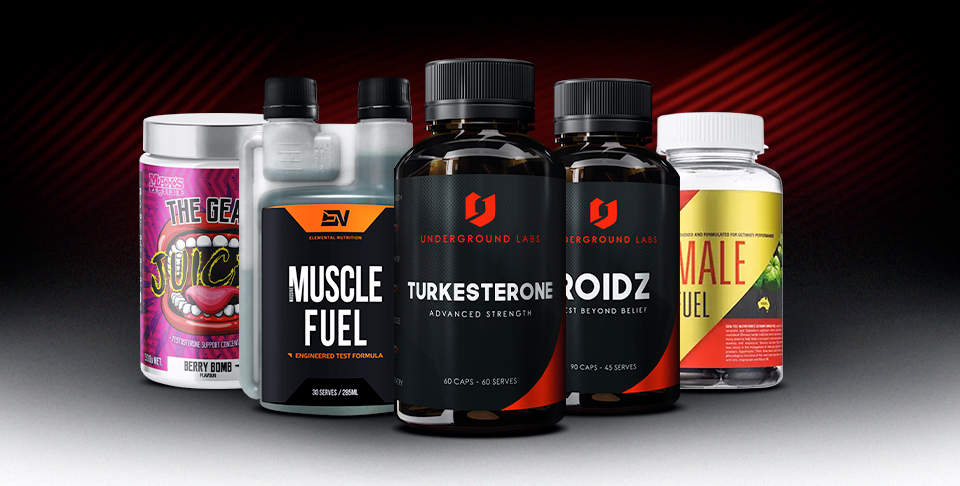 Testosterone boosters have been an important staple of the supplement industry for some time now. The added advantage of improved strength, recovery, libido and an overall feeling of improved well-being.

As we have all heard (or experienced) age is one of the major contributing factors to a decrease in testosterone, but it's not just those of us with extra birthday candles on our cakes that experience the lows of such a situation.

Times of stress, poor sleep, poor diet or prolonged time without any exercise can all be factors that lower our natural testosterone.

High testosterone may be something we don't appreciate until we don't have it. It is a huge cause of depression in men in modern days.

But the question that remains, before spending our hard-earned cash is simple.... which test boosters actually work?  We have compiled a list of the strongest test boosters available this year to give you some peace of mind. 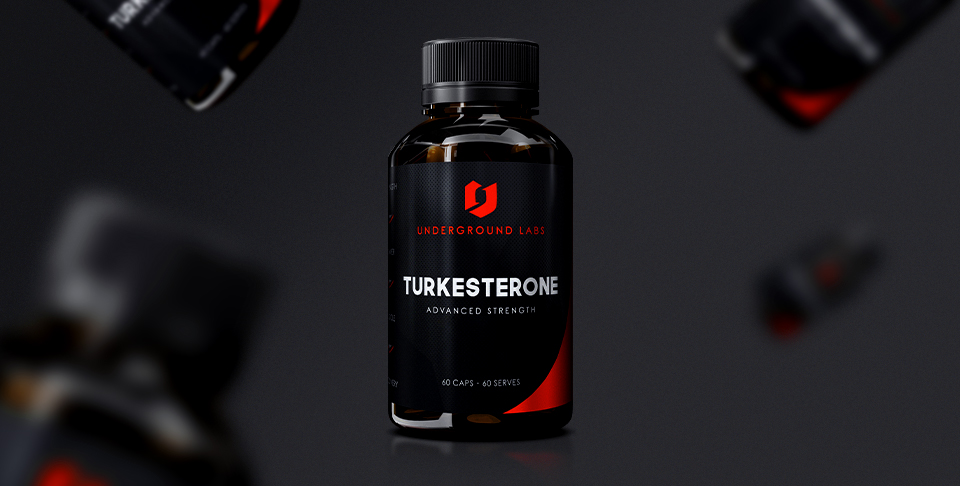 This year's number 1 entry for this category was a no-brainer. Chances are you've at least heard of this already whether it be in gym circles or on your socials.

If you've heard about it, but are yet to look into it, allow me to introduce you to the biggest thing to happen in the supplement industry in, well - possibly ever.

The well-respected Dr Huberman first brought Turkesterone to light on an episode of the Joe Rogan Experience Podcast, comparing its effects to anabolic steroids (minus the side effects). This of course garnered a lot of interest - and as always with interest, comes scepticism.

As attention grew around Turkesterone more and more as internet personalities put it to the test and gave their honest opinions including Coach Greg Doucette and Derek from More Plates More Dates on their respective popular YouTube channels. Their evaluations further add to the phenomenon.

Turkesterone in short is a phytoecdysteroid. The idea that has been visited in-depth is that it has anabolic effects on the human body. Anabolism is the body's building state, necessary for building muscle whether building overall size or simultaneously aiming to decrease body fat.

It has been stated by multiple YouTube personalities including the ones previously mentioned that while taking Turkesterone, they have seen both incremental and progressive increases in both size and strength during their cycles.

It has also been remarkably pointed out that it does not require any PCT (post-cycle therapy) as it does not negatively affect your natural hormones the same way using anabolic steroids would, nor has it been shown to affect your liver in any way.

It's sister product if you will, Ecdysterone (also an ecdysteroid) has had human studies carried out proving many of the claimed effects of Turkesterone, some researchers even going as far as to recommend it be on the WADA monitoring list due to its performance-enhancing properties. 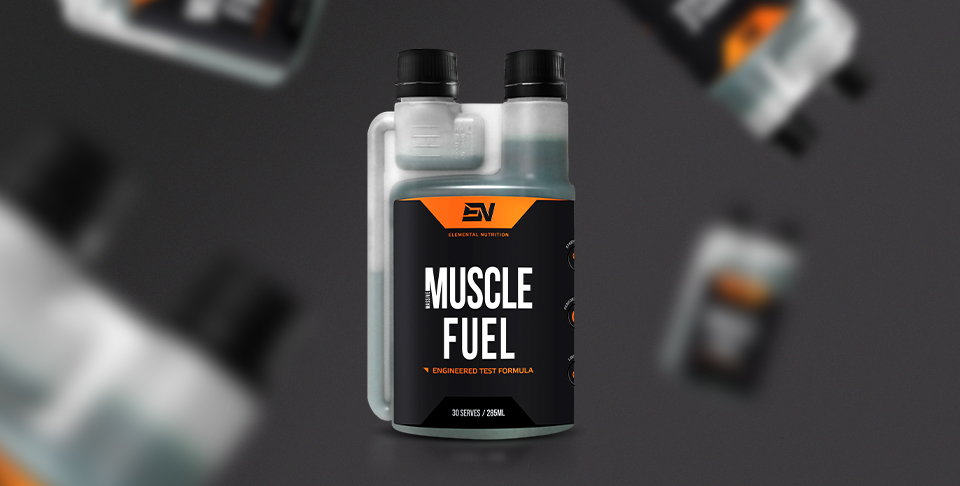 Coming in at number 2 is the ever-popular Massive Muscle Fuel. Much like the number 1 spot on the list, MMF has effective testosterone and libido-boosting ingredients along with estrogen blockers.

Also within this formula, you will find a ZMA (Zinc, Magnesium Aspartate, and Vitamin B6 for uptake) which has been shown to aid with restful sleep at night, resulting in a more balanced regulation of hormones.

Also, MMF includes Laxogenin, a non-hormonal anabolic-promoting ingredient that has been shown to aid protein synthesis by up to 200%. Studies have found this ingredient to aid in both muscle growth and strength gains.

Massive Muscle Fuel has a high bioavailability due to its liquid form and is sure to show results after its 30-60 day recommended cycle. 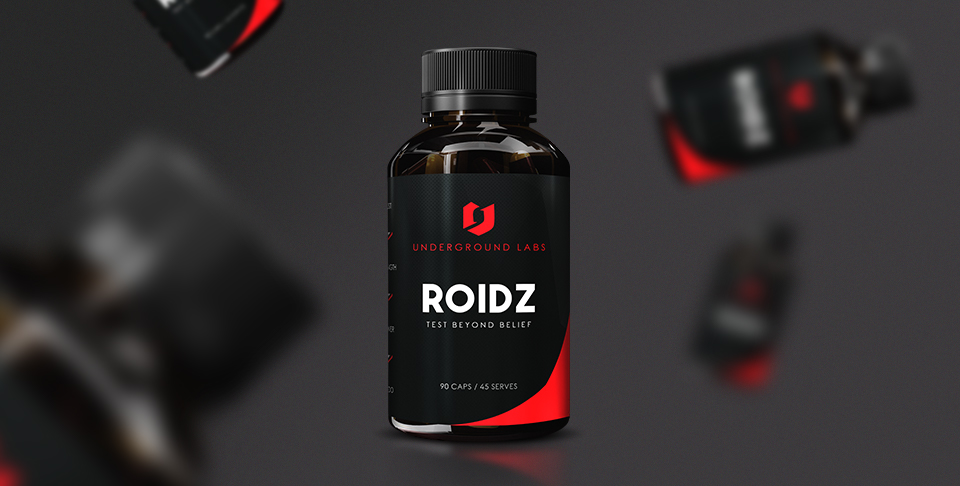 Number 3 is the capsule-specializing brand, Underground Labs. Just like their potent burner, No Fat, Roidz is a no-nonsense supplement that keeps things basic with 6 proven-to-work ingredients at a super high dose for ultimate results.

It uses Tribulus, Tongkat Ali, D-aspartic Acid, and Fenugreek in its Test Matrix for noticeable improvements in vitality, libido (sex drive), strength, power, and an overall increase in well-being. These ingredients are utilized in high-extract forms to get the most bang for your buck.

Tribulus, in its Terrestris form, is best known for being responsible for increased libido in both men and women, although may not be the most effective of the four for testosterone increases.

In addition, Underground Labs uses an Anti-Estrogen Matrix for suppression and regulation of the hormone estrogen, which at high amounts can cause fatigue, weight gain, and in some cases, depression.

A product that can both suppress estrogen and raise testosterone levels (along with vitality and libido) is a good bet to get you feeling it again, and getting back on track to where you were before.

Note: For those more interested in the effects of the Tribulus rather than the other ingredients, Underground Labs also offer a Tribulus-only option as part of their range. 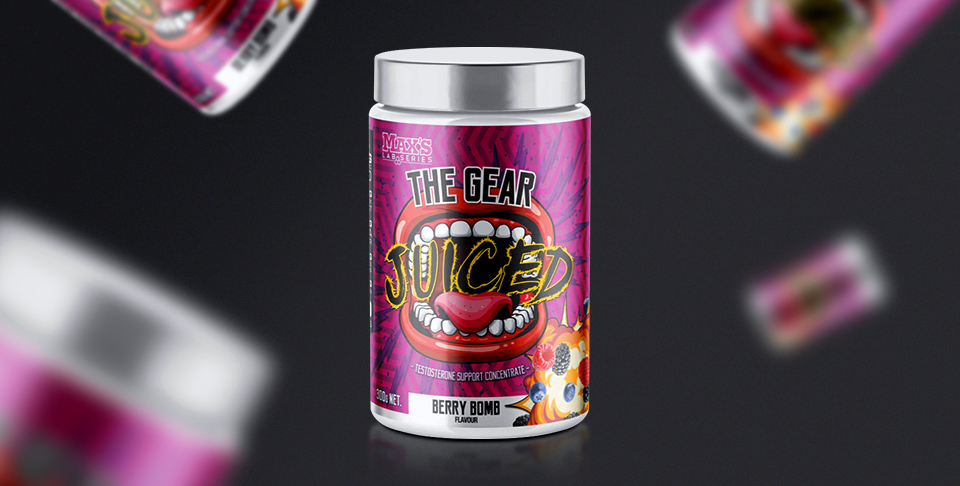 Max's The Gear Juiced is one of the first in what may very well be the future of testosterone boosters, in which I mean a powder form testosterone booster. It is a unique take on how to consume these specific ingredients and does come with the added advantage of being able to fit more ingredients into the scoop than it would in its capsule form. A long time favourite for males looking to get the most out of their testosterone, Ultimate Male Fuel by Gen-Tec (made by well-respected bodybuilder Nick Jones) has undergone a make-over as of late. They have opted to go from the liquid form to a more convenient liquid gel capsule dosage.

Ultimate Male Fuel is a listed medicine with the TGA and primarily focuses on men's vitality and endurance. These ingredients along with Saw Palmetto, Zinc, Magnesium, and Vitamin B6 (all of which work to stop the aromatization of testosterone) make for great testosterone for males who part-take in a high-performance lifestyle.