If you’ve been working out for awhile or have been in the sporting industry for a long time, you would’ve most likely heard of creatine. Many of you would have probably also heard that it’s

one of the best supplements around to be taking. But do you know why exactly it’s so good? Well, if you didn’t or you’re just hearing about creatine for the first time, then read on and find out why it’s a must have supplement if you’re going to take your training and health seriously.

Creatine is a naturally occurring chemical compound in our body made up of three amino acids; L-arginine, glycine and L-methionine. It is normally found in skeletal muscle and acts as a substrate or fuel to provide a quick source of energy in the form of phosphocreatine.

Ingesting more creatine through diet or through supplementation can potentially improve the ability of your body to produce energy by increasing phosphocreatine stores in the body. It is understood that an initial loading phase of 20g/day of creatine can lead to approximately a 20% increase in muscular concentrations of creatine with around 20% of that being in the form of phosphocreatine.1 However, there is a genetically defined upper limit to which our body and muscles can store creatine with the rest being excreted as waste. While everyone’s upper limits vary, the figure generally lies at around 1.5-1.7g/kg2 of bodyweight for body storage of creatine and 150-160mmol/kg dry mass1 for muscle storage of creatine. Therefore, after the initial loading phase, it isn’t strictly necessary to continue supplementing at high doses. In fact, after 1-2 weeks of Creatine Monohydrate loading, a small serving of 2-5g/day of creatine is enough to sustain the high levels in the blood.

A good proportion of our body’s creatine is made using the three amino acids mentioned previously in our liver, kidney and pancreas. The rest of our creatine comes from food sources. As creatine is mainly found in the muscle, it makes sense then that the majority of dietary creatine would come from meat sources, especially game meats such as venison, kangaroo or rabbit. It is also found in high concentrations in fish such as herring, salmon and tuna. As a result, vegetarians and vegans are often lacking in creatine levels, however this can easily be rectified through supplementation. This is also why vegetarians stand much more to gain from creatine supplementation, as they can raise their levels more significantly and therefore stand to see more noticeable changes than a person who consumes meat regularly.

Creatine supplements have been around for awhile now and over the years have evolved to take on several different formulations, each purporting to be better absorbed than their predecessor. Detailed below is a short summary of the main types of creatine available today11,12,13,14:

Other types of creatine are available and continue to become available, however, these are the main ones.

By far the most common form of creatine is in micronized form. The process of micronization reduces the compounds size, which helps to influence solubility or dissolvability. Creatine can also be sold as creatine candy bars, gum, as liquid form or as effervescent creatine. It may also be injected, however this form of creatine is much more expensive, not to mention invasive procedure and is usually not duplicated outside of clinical purposes. There is currently no evidence suggesting novel forms of creatine are better than the usual micronized powdered form.

What Can Creatine Do For You?

Creatine is perhaps seen by the sports science community as being one of the most effective ergogenic supplements due to years of research showing beneficial and reproducible effects. In terms of exercise performance, creatine supplementation and a general increase in creatine levels in the body can help by3:

1. Increasing pre-exercise phosphocreatine levels.
2. Promoting glycogen storage.
3. Increased resynthesis of phosphocreatine from creatine stores
4. Increased expression of anabolic growth factors
5. Improved buffering capacity due to the use of hydrogen ions in the phosphagen system.
6. Improved training volume as a result

The use of creatine can also benefit those in sports4. For example, in cycling, creatine supplementation has been shown to be beneficial with multiple sprint performances of under 30 seconds in duration. Similarly running sprints performance has also been benefitted with creatine supplementation. While runners tended to gain mass with creatine, they were also able to make improvements in stride frequency and running speed. Results with swimming also coincide with that of cycling and running with improvements in sprints lasting under 30s. Still other swimming studies have been able to show a 1.8s decrease in two successive 100m sprints. While the positive results for creatine supplementation on sprint performance aren’t at high magnitudes, remember that the difference between first and second and even tenth only differ by mere millisecond to seconds.

Unfortunately, there hasn’t been too many studies looking at sports which involve a variety of movements and factors rather than a straight sprint action. While some studies have shown improvements in soccer dribbling test times, tests looking at tennis stroke, forehand or backhand velocity were deemed inconclusive. It is perceived by both coaches, athletes and experts that perhaps the use of creatine benefits best by supporting the athletes resistance training programs, and gains coming from that are used to support sports specific performance. 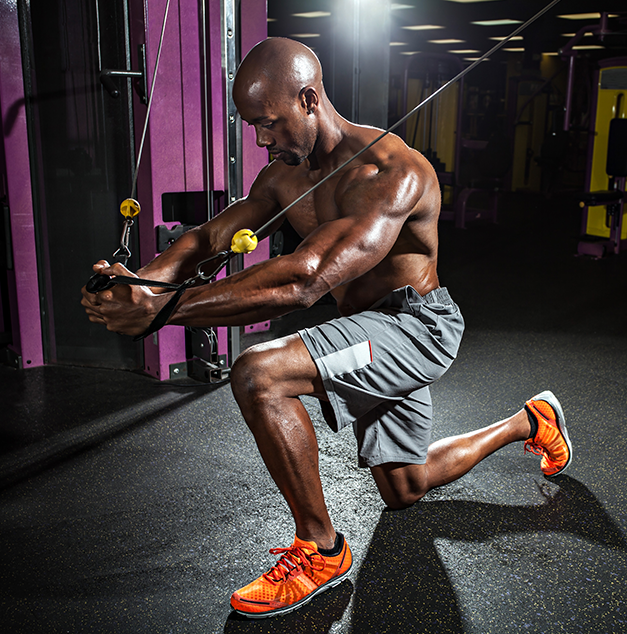 Aside from sports and exercise, creatine has also been used to benefit people living with a variety of health issues4 including muscle disorders, bone and cartilage disorders, brain disorders and even in the diabetic management or COPD.

Needless to say, a whole other article could be written examining the clinical applications of creatine supplementation on a variety of disease and disorders.

When supplementing with creatine, consuming carbohydrates5 can improve the absorption of creatine into the muscle through the action of insulin. However, long term consumption of large quantities of quick absorbing carbohydrates can be detrimental to long term health, especially in terms of development of insulin resistance. Instead, current recommendations are to consume creatine with a mixture of carbohydrates and protein, as both macronutrients are able to exert an insulin response and may actually exert a greater response than carbohydrates alone6, while being less taxing due to the lower glucose load.

Taking creatine and caffeine has also been a contentious topic due to an earlier study showing that daily consumption of both creatine and caffeine actually resulted in no change in muscular strength7. Later studies have revealed that this is because chronic caffeine consumption actually decreases overall levels of creatine in the muscle8. However, one study was able to show that having one large dose of caffeine prior to exercise along with chronic creatine supplementation has been shown to improve performance, but only if one doesn’t consume caffeine on a regular basis9.

While cycling some supplements such as those containing stimulants is necessary to ensure long term effectiveness of the supplement, cycling creatine isn’t considered a necessary practice, but may be an economically viable practice. As excess creatine is simply excreted out, there is no danger of toxicity. As mentioned previously, we do have an upper limit of creatine storage capacity so continual daily consumption of large amounts of creatine may not be offering additional benefits after 4-5 weeks.

There have been concerns raised in the past about the dangers of excessive creatine intake on the kidneys. However, research has since shown that unless pre-existing kidney issues exist, long term consumption of creatine is deemed safe. However, researchers recommend that frequent doses (4 x 5g) are perhaps better than one large dose (1 x 20g) in providing sustained high serum concentrations and a reduction in the chance of producing cytotoxic agents which may harm the kidneys over an extended period of time.10 Overall though, creatine is an extremely safe supplement to consume and studies of up to 6 months have shown no significant side effects. However, due to its strong water loving nature, some people may find that increased creatine doses may result in water retention resulting in other side effects such as bloating, muscle cramps, diarrhoea and high blood pressure. People with kidney or liver disease should also avoid supplementing with creatine as these are the major clearance pathways.

For best results, build up you initial creatine levels by consuming 20g/d for 5-10 days, before consuming a smaller dose of 2-5g to maintain these high  levels. The form and type of creatine you choose is entirely subjective and one should always pick supplements that provide the best results. However, it is important to understand that dosing recommendations and positive efficacy studies are based on creatine monohydrate. If you are choosing another form of creatine, always keep in mind that not all creatine are created equal.

The sports supplement universe is continually evolving and at an extremely fast pace, faster than the studies showing its effectiveness. However, in this same universe, there are a range of supplements that have stood the test of time and are now considered foundation supplements for anyone new to supplementing. Creatine is one of those supplements. So if you are looking to gain an edge in the gym or on the sporting arena, the addition of creatine to your supplementation regime is by far one of the superior options and one of the smartest choices you can make if you’re interested in seeing results.