Welcome to Part 2 of this series looking at ingredients used in common test support supplements (also known as Testosterone Boosters), said to promote the body's natural ability to produce testosterone, one of the most potent anabolic hormones out there. Part 1 of the series looked at what exactly testosterone was as well as 3 of the most common ingredients used in test boosters today; tribulus terrestris, d-aspartic acid and fenugreek. Part 2 will finish off the series by examining other common ingredients and looking at other ways to increase testosterone production naturally.

Ashwagandha, Indian ginseng or Withania Somnifera is a shrub that is commonly found in India belonging to the nightshade species (other plants include the humble tomato and the eggplant). It has been used historically in traditional Ayurveda medicine as a treatment for a whole host of conditions, with libido and muscle weakness being some of them. Again, many herbal ingredients that affect libido might affect testosterone levels as part of its aphrodisiac ability. Few studies and fewer human studies have been conducted examining Ashwagandha on testosterone levels. A recent study by Ahmad et al (2010)1 conducted on infertile men found that 5 g of the root of the plant was able to increase testosterone levels by between 15-40%. In addition, their LH increased however, the level of FSH decreased slightly. An animal study by Kiasalari et al (2009)2 was also able to show similar results in rats given ashwagandha for 4 weeks in the form of food pellets containing the plant extract at 6.25% ratio of ashwagandha to food. They found that LH and testosterone levels were increased significantly, while estrogen and FSH levels were decreased. Furthermore, one study3 has even been able to find benefits to exercise with ashwagandha including increased velocity, power and VO2max. While the dosage stated was 500mg/day for 8 weeks, it is unsure if this amount is the net weight of supplement or gross weight. Although research on ashwagandha has mostly looked at potential anticarcinogenic effects of the plant, there is some promising hope for it to be used as a natural way to support endogenous testosterone production within the healthy range.

Forskolin is a compound derived from a native plant of India that was also traditionally used in Indian Ayurvedic medicine as treatments for skin and respiratory disorders. Quite a lot of research has looked at clinical applications for forskolin with reported benefits to blood pressure, glaucoma as well as lung function. Forskolin is mainly used in supplements as a thermogenic ingredient, however, one study by Godard et al (2005)4 was able to show significant losses in body fat percentage and total fat mass, and a 16% increase in testosterone levels, compared to the placebo group who had a 1% decrease in their testosterone levels. With these results, more studies looking at the relationship between forskolin and hormone levels are definitely warranted. Until then, forskolin should be used for its primary purpose of being a thermogenic ingredient. 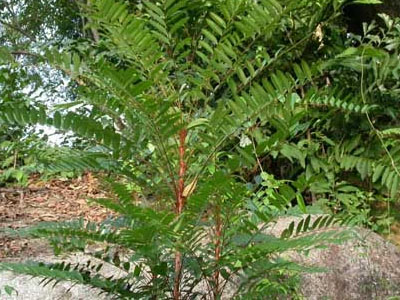 Also known by its traditional name of tongkat ali or its botanical name Eurycoma Longifolia, longjack is a plant common to Indonesia and Malaysia and has been known throughout that region as a potent aphrodisiac, even being likened to a herbal substitute for Viagra. Countless studies have been performed on longjack examining its ability to act as an antimalarial, antibacterial and an antitumour substance and there has been evidence that several biochemical compounds within longjack can be effective against certain cancer cell lines. Apart from that however, the traditional use of longjack for sexual performance led researchers to believe that it might be affecting levels of hormones in the body, especially that of testosterone. Initial studies on animals did show improvements in sexual function and even rises in testosterone levels compared to controls animals and infertile counterparts.5,6 Doses used in the studies ranged from 50-1000mg/kg of body weight, however it appears that only doses above 200mg/kg of body weight affects testosterone levels significantly. A few studies have even been able to show longjack as a potential ergogenic substance. A frequently quoted pilot study7 published in the British Journal of Sports Medicine showed that an extract of 100mg/day of longjack resulted in increased fat free mass, reduced fat mass and increased muscular strength. Another study by Ang and Cheang (2001)8 examined the effect of longjack on the size of the levator ani muscle, a muscle around the pelvis of the rat. The researchers were able to show that longjack increased the size of the levator ani muscle in both castrated and uncastrated rats. The mechanism of this increase was unknown and whether the increase in mass was due to lean mass or fat tissue is also unknown, which makes it hard to make any overall conclusions with this study, other than consumption of longjack at doses of between 200-800mg/kg may be able to increase certain muscle sizes. One of the most promising and recent studies looking at longjack’s ability to affect hormone levels is Tambi et al (2011)9. The study, performed on hypogonadic men (those with low function of the gonads and thus low testosterone) found that 200mg/day of longjack resulted in an extra 55% of men achieving normal testosterone status. It is important to note however that most of the studies detailing longjack’s ability to improve the sexual function and virility of animals have been conducted by the same researchers, which may or may not confound results. Regardless, there is some potential in the use of longjack for ergogenic and therapeutic purposes. Recently however, there have been concerns about fake longjack products, most of which were for sexual enhancement, which don’t contain any longjack at all. It is best to contact any companies responsible for creating these products for proof that longjack is actually used.

Chrysin is a chemical compound found in the blue passionflower and also in honeycomb. Originally, it was thought that chrysin has strong aromatase inhibiting abilities. Aromatase is an enzyme found in the body which is responsible for producing estrogen from products such as testosterone. Thus, by inhibiting this enzyme, there would be increases in testosterone levels in the body. There have been conflicting studies with chrysin, with some studies showing this to be true, while others showing a lack of effect of chrysin on aromatase ability. A frequently quoted study by Gambelunghe et al (2003)10 showed that chrysin was unable to lead to susbstantial rises in urinary testosterone, a common test of raised testosterone levels. However, subjects only consumed a small amount of chrysin, approximately 36mg per day in total. This is also in light of a study showing that oral chrysin has possibly a low bioavailability in humans.11 The same study showed little reductions in oestrogen levels. A recent animal study by Ciftci et al (2011)12 however, which examined chrysin and its effects on the reproductive system including serum testosterone levels, showed that serum testosterone levels were indeed increased, at dosages 50mg/kg. While studies are scarce, future research should examine higher doses of chrysin and their ability to affect testosterone levels.

Saw palmetto is a palm plant found in Southeastern USA and the extracts of the fruits from the plants have been researched thoroughly over the past couple of years, especially in the treatment for benign prostatic hyperplasia (BHP), a condition most commonly related to increased DHT levels. DHT if you remember stands for dihydrotestosterone. While DHT is a potent male androgen; stronger than testosterone, and responsible for many sexual characteristics during puberty, increased levels in adult life has been implicated in issues such as BHP and baldness. Thus, this has always been a common concern by testosterone booster users; that increased testosterone can cause concurrent increases in DHT levels. However it is important to know that only 5% of testosterone is transformed into DHT. Regardless, this concern has prompted many testosterone boosting supplements to include ingredients such as saw palmetto and red clover extract13, which have been observed to possess the ability to inhibit 5 alpha reductase; the primary enzyme responsible for the conversion of testosterone to DHT. As a result, testosterone levels can also rise. Most of the studies looking at saw palmetto have focused on its ability to help with BPH symptoms and few studies have examined levels of testosterone before and after consumption of saw palmetto.14 However, as saw palmetto has been shown to be a good adjunct therapy for BPH and DHT levels, perhaps its ability to increase testosterone levels is also a viable natural way to do so. Only time will tell. 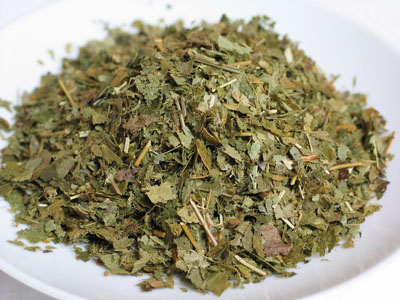 Methoxyisoflavones is a compound commonly found in soy products and has been used recently in the last couple of years in testosterone boosters and other ergogenic supplements. According to Wilborn et al (2006)17, the two most common derivatives present in products today are 5-methyl-7-methoxy-isoflavone (methoxyiso-flavone) and 7-isopropoxyisoflavone (ipriflavone). A search of several domains has not given rise to much scientific evidence for testosterone boosting abilities of methoxyisoflavones. The study by Wilborn et al (2006)17 denied any ergogenic effects of methoxyisoflavone, however, due to limited evidence, one cannot make any final recommendations regarding this ingredient. Isoflavones are a huge class of organic compounds however which have generated interest as being able to benefit many facets of health, so it may not be all negative when it comes to supplementing with methoxyisoflavone.

Everybody’s seen, heard or knows about ZMA supplements. Commonly used as a testosterone booster, it is of no doubt that all three primary ingredients of ZMA supplements are important for the proper functioning of the body. Whether or not chronic supplementation of ZMA is capable of increasing testosterone is subject to intense research. Brilla and Conte (2000)18 found that ZMA supplementation was able to increase testosterone levels by 30% and increase strength when compared to control subjects. These results however are not echoed by Wilborn et al (2004)19 and Koehler et al (2009)20. The latter study examined ZMA’s ability to affect hormone levels more thoroughly and while there wasn’t any significant changes in testosterone levels, there were less fluctuations in the levels of free and total testosterone. This can possibly ensure more consistent ability to promote muscular gains, something we all hope for. It is important to note that zinc is absolutely necessary to maintain levels of testosterone levels in the body, as zinc deficiency has been shown to lead to the presence of hypogonadism, a decrease in the function of the gonads/testes. So it might not be so bad increasing the levels of zinc in your body. Neither would increasing levels of vitamin B6, which is involved in metabolism processes.

While supplements such as protein or creatine have been around for a while and are tried and true products, testosterone boosters are still in their infancy of development. Lack of research about the different ingredients and combination of ingredients means there’s still a long way to go before the perfect testosterone support formula is available. Because many of the ingredients used in testosterone boosters are traditional aphrodisiacs, there stands to exist several more traditional ingredients that have not yet been discovered or researched by scientists today. So it’s really only a matter of time before someone comes up with the right combination of ingredients.