Creatine is one of the best researched sports supplements. For this reason, there is a lot of data on not only its efficacy as an ergogenic and cognitive enhancer, but also into its safety and side effects.

People have, on occasion, reported increased outbreaks and skin problems while supplementing with creatine. Although there have been no studies looking the effect of creatine on the skin, creatine does not have any properties which are known to directly cause acne.

Creatine storage sequesters a lot of water from the body – this is what causes the big initial weight gain when you start taking it. It is possible that not upping your water intake to compensate could deprive your skin of the hydration it needs to stay healthy.

An extreme training regimen can suppress the immune system, leaving the body susceptible to illness and infections like acne. If creatine was started at the same time as the intense training, this could be a cause. Glutamine is a great immune booster and muscle builder and is worth considering as part of your stack.

When any substance is taken over a long period of time, it is only natural for people to raise questions about safety, and understandably, some of these concerns have been raised with regard to creatine. The idea that creatine may cause liver dysfunction has been suggested by a small number of studies which report changes in liver enzyme levels and the isolated case report (1).

Creatine is used widely, not only in sports nutrition, but also in medicine, for the treatment of a number of conditions including some forms of muscle wasting and cognitive impairment. This means that the issue of safety has been examined very closely and extensively. There has not been any systemic evidence that has found creatine to have any adverse effects on the liver (2).

One meta-analysis, which collated findings from a large number of studies, declared a daily dose of 5-20g safe in the long term (3), and the European Food Safety Authority have declared a dose of 3g per day to be risk free (4). Anybody with pre-existing liver disease or health concerns should consult a medical professional before starting creatine supplementation.

While there have not been any studies on the subject, some people occasionally report a loss of libido after starting creatine supplementation. There is no scientific reason that creatine should affect the libido, however there are some indirect effects that may lead to a diminished sex drive.

As mentioned above, creatine sequesters a lot of water in the body. Dehydration can lead to lethargy and decreased motivation, which can lower libido. Similarly, while the scientific evidence is lacking, some people report insomnia and irritability while on creatine. Tiredness can have a negative effect on sex drive. These factors are worth considering if low libido is a problem on creatine.

While there have been a few isolated reports of increased irritability when using creatine, potentially related to sleep deprivation, there is no evidence that creatine causes anger. In fact, it is widely used to enhance cognition, which can be associated with lower feelings of frustration (5).

The concept of "Creatine Rage" was used jokingly on an episode of MTV's "Bully Beatdown" to poke fun at a very aggressive contestant, in an attempt to generate humour from the absurdity of the notion that creatine was responsible for the contestant's obnoxious behaviour. Hey, if it's on TV, it's got to be true! 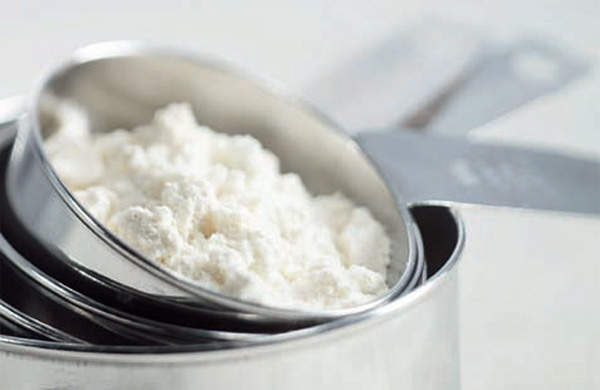 Gastric side effects are unfortunately a problem associated with creatine supplementation for some. Diarrhoea, upset stomach, and belching are the three major gastric side effects reported (1). While these gastric issues are generally not dangerous, an upset stomach is something that nobody wants to live with, and if diarrhoea is prolonged, it may interfere with the absorption of nutrients from the gastrointestinal tract.

A study investigating the gastrointestinal effects of creatine was performed on top athletes, and found a dose-dependent effect – athletes supplementing 10g per dose saw almost double the incidence of gastrointestinal symptoms as those taking 5g (6).

There are some measures that can be taken to reduce stomach upset. Many people have seen a reduction in symptoms by ensuring the creatine is completely dissolved before drinking. Dissolving in warm water can help. Increasing water consumption has also been shown to have benefits. It is often recommended that no more than 5g be taken s a single dose. Breaking the daily intake up over multiple doses is very effective in reducing gastric distress. Finally, some people skip the loading phase of creatine supplementation to avoid these effects. While getting up to peak concentration will take up to a month at 5g a day, rather than a week at 20g, the alleviation of symptoms is worth it for many people.

Water retention is probably the number one side effect of creatine supplementation. For many, this is a good thing and one of the main reasons they use creatine – retaining water in the muscle fibres gives a more pumped look, and this pressure may stimulate the growth of muscle fibres, but for others, particularly those in a cutting cycle, the water retention is unwelcome.

Creatine is a molecule which, like glycogen, is stored with water. Creatine monohydrate, the most popular form of the supplement, combines a molecule of creatine with a molecule of water.

The water retention is more noticeable in the early stages of supplementation, particularly the loading phase, and may lessen over the course of maintenance dosing (7).

Alternatively, some people report lower water retention using creatine nitrate instead of monohydrate, but there have not been any studies looking into this.

The first and most likely effect of taking too much creatine is a stomach upset. It is known that the gastric symptoms of creatine intake present themselves in a dose-dependent manner (6).

Although creatine is generally recognised as safe in regular therapeutic doses, it is theorised that ingesting huge amounts of creatine may have a detrimental effect on kidney and liver function. Fortunately, this is not common enough to be studied.