Carnitine, (or L-Carnitine, and Acetyl-L-Carnitine) is one of the oldest and best studied supplements on the market. It is a natural substance which is synthesised in the liver and kidneys from amino acids lysine and methionine, and is also taken in through the diet, with animal products, particularly red meat, providing rich sources.

The vast majority of carnitine within the body is stored and used within skeletal muscle, where it is a necessary part of fat metabolism, acting as a transporter to bring fatty acids into the mitochondria, the part of the muscle cell in which energy is generated. Carnitine does not have any well known or common side effects, but occasionally these do occur. Let's have a look. 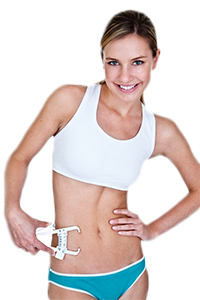 The most common use for carnitine is as a weight loss aid. Because the molecule assists in transporting fatty acids into the cells, where they are burnt for energy, it is commonly used as an enhancer of fatty acid oxidation, which may increase weight loss. In fact, for a lot of people this is not a side effect, but the main effect, but this effect is an important consideration for people who are trying to gain weight.

There have been a number of studies of carnitine's effect on weight loss. While a number of positive results have been generated, it should be noted that the effect of supplementation can vary between people - some may find fat loss is enhanced, while others do not (1).

Side effects aren't always negative. While carnitine has gained its main reputation for enhancing fat loss, some of the other effects of this supplement are worth mentioning.  Many athletes use carnitine for its potential to buffer cells from the effects of acid buildup during high intensity exercise, and it is also thought to speed muscle recovery after a workout (2).

Because carnitine is taken in through the diet and produced by the body at levels that are sufficient to maintain the health of normal people, it is considered a non-essential nutrient. Carnitine is generally used at doses of around 2g per day to enhance fat burning and athletic performance. This has been declared the safe upper limit for long term supplementation (3).

Doses over 3g have are known to increase the likelihood of side effects. These can include digestive symptoms like nausea, vomiting, diarrhoea and stomach cramps, and some people notice a fishy body odour. Additionally, there has been research that shows that carnitine can be metabolised by some intestinal bacteria to form a substance called TMAO, which may contribute to an increased risk of cardiovascular disease. This is thought to occur in a dose-dependent manner, with people on larger doses, and meat eaters, being at greater risk than people who take in less carnitine, like vegetarians (3).

Carnitine is known for some rare, but specific interactions which certain people should be aware of. People with kidney failure are advised to avoid carnitine, as it has been known to cause muscle weakness. Anyone with a seizure disorder is strongly advised to consult their doctor before using carnitine, as it has been known, in certain cases, to increase to frequency of seizures. Additionally, carnitine is known to  interact with a number of drugs that are used in the treatment of epilepsy.
Long term therapy with specific types of antibiotics may interfere with the metabolism of carnitine, and people undergoing this form of treatment are advised to speak to a medical professional before commencing any new supplementation regime (4).

Carnitine is a well studied supplement that is very safe for the majority of people to use at a moderate level. People who have any concerns about carnitine and their health are advised to take these up with their doctor.