Caffeine is arguably the most studied and proven ergogenic aid in the field of sports nutrition. But caffeine is also unique in that there are so many variables that affect response to supplementation. Two of the biggest variables are dosage and timing of dose. Others include sensitivity to caffeine (which is largely genetically determined) and periodic use of caffeine. However, this article will take a close look at the two key issues of dosage and timing with a view to arming readers with the tools to get the most out of their caffeine supplementation.

When it comes to caffeine dose, it’s important to understand the factors that influence how individuals respond to a given dose of caffeine. Aside from an individual’s genetically determined liver detoxification capacity, another major influencing factor is bodyweight. It stands to reason that someone who is heavier and carrying more muscle weight will naturally require more caffeine than a slimmer individual to elicit the same effect. For this reason, much of the research on caffeine has used dosing that is based on bodyweight rather than non-specific general amounts. Typically, these dosage recommendations come in the form of ‘x’ milligrams per kilogram of bodyweight, which is often simply abbreviated as ‘x’ mg/kg.

So what is the typical prescribed dose for caffeine on a per kg basis? Sports scientists have studied a very large range of doses; starting from as low as 2mg/kg and going as high as 12mg/kg. If we take the example of a 75kg individual, that’s anywhere from 150mg to 900mg of caffeine. However, most studies have found consistent benefits with a dosage somewhere between 3-5mg/kg. Adverse side effects such as irritability, nervousness, severe jitters or inability to sleep are normally to severe when taking doses above 10mg/kg.

The particular dosage you choose will depend on your sensitivity/tolerance to caffeine and the sport you participate in. A number of successful studies exploring caffeine supplementation in resistance training have used a dose of 5mg/kg1, 2, while there is a general trend for endurance athletes to use dosages closer to 3mg/kg3, however there are no lack of studies showing benefits when intake is closer to 5-6mg/kg3.

The dose you choose will also depend on the particular product you are using. Almost every caffeine-containing pre workout comes with other ingredients, be it beta-alanine, creatine, citrulline etc. And depending on the composition and levels of other ingredients, individuals may be limited to how much they can increase the dosage to meet a caffeine intake of between 3-5mg/kg. 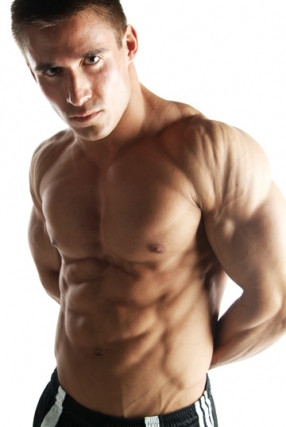 The other issue that’s important with caffeine supplementation is that of timing. What is the best time to take your caffeine to get the most from it? While many caffeine containing pre workouts advocate usage 20-30mins before your workout, the bulk of published studies have subjects take caffeine one hour before exercise4-7. But studies show that the time it takes for caffeine to peak in blood is different from one individual to the next. One recent study showed it took between 2 – 2.5 hours for caffeine levels to peak8 while yet another study reported large variations in plasma caffeine concentrations among nine male cyclists 1 h following ingestion of 1.5 and 3.0 mg/kg caffeine, which ranged from 0 to 10.7 mol/L and 0 to 21.9 mol/L, respectively9. Similarly, another study has reported a sixfold variation in peak plasma caffeine levels (4.2–26.0 g/mL) with only three of six participants achieving peak concentrations 1 h following supplementation10.

But interestingly enough, it appears that peak caffeine levels in blood do not coincide with peak performance. This specific issue was explored in a recent study that compared the performance of 14 trained male cyclists in a 40 km time trial when the start of exercise coincided with individual peak serum caffeine concentrations versus the same 40 km time trial commencing 1 hour after consuming 6mg/kg caffeine. Surprisingly, performance was only greater than placebo when the cyclists commenced the time trial 1 hour after having caffeine versus commencing time trial when caffeine levels were at their highest in blood8. The authors of this study suggest 4 factors that may influence the effect of caffeine in relation to time of ingestion. These include:

So it would appear there are several very complex mechanisms governing an individual’s response to caffeine ingestion. However, with the wealth of research already conducted and published on caffeine, the best recommended practice is to consume caffeine approximately one hour before exercise and at a dose of 5-6mg/kg bodyweight.