What is Brahmi? (also known as Bacopa Monnieri)

Brahmi, also known as bacopa monniera, is a member of the scrophulariaceae family. It is a small, creeping herb with numerous branches, small oblong leaves and light purple flowers1, 2. It is found throughout the Indian subcontinent in wet, damp and marshy areas3, 4. In Ayurvedic medicine, Brahmi is classified as a medhyarasayana, which is the name given to drugs used to improve memory and intellect. In keeping with this, the name Brahmi is derived from the name “Brahma”, who is the Hindu god of creation.

Where Does Brahmi Come From?

Brahmi been used by Indian Ayurvedic medical practitioners for almost 3000 years. The earliest chronicled mention of Brahmi is in several ancient Ayurvedic treatises including the Caraka Samhita (6th century A.D.), in which it is recommended in formulations for the management of a range of mental conditions including anxiety, poor cognition and lack of concentration, and the Bravprakash Var-Prakarana (16th century A.D.)5.

Brahmi is considered a nootropic agent5, 12, which is the term given to a drug that improves mental functions such as cognition, memory, intelligence, motivation, attention, and concentration. Brahmi has been used in ayurvedic medicine and in traditional treatments for a number of disorders, particularly those involving anxiety, intellect, and poor memory6, 7.

Recent major scientific reviews of the plant suggest that it has prominent action on the central nervous system, where it improves understanding, memory, intellect, and speech, and corrects aberrations of emotions, mood, and personality in an individual5, 7. Based on the results of human clinical trials, the nootropic effects of Brahmi are thought to manifest after chronic dosing (i.e. 12 weeks)7 rather than acute (i.e. single day)8. Studies in humans have shown that chronic administration of Brahmi results in improvements in working memory7,9, 15-17, visual information processing7, 9, learning rate9 and anxiety9, 15.

In India, Brahmi is currently recognized as being effective in the treatment of mental illness and epilepsy5, 13. In certain parts of India, Brahmi is believed to be an aphrodisiac5; in Sri Lanka, under the name of Loonooweella, Brahmi is prescribed for fevers5; in the Philippines, it is used as a diuretic11.

Negative Side Effects of Brahmi

No significant side-effects have been reported for Brahmi, albeit some mild stomach upset15. 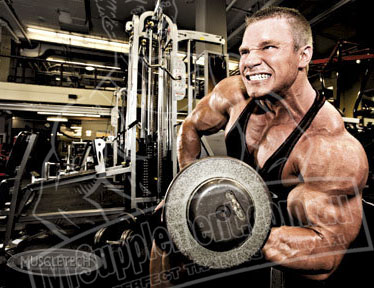 Human studies on Brahmi have typically used 300mg of extract which is normally equivalent to 4g of whole plant. This dosage equates to 1-2 tablets/capsules per day. Most of the published human clinical trials on Brahmi have used a specially developed standardised extract called KeenMind CDRI 08 (also known as Membac), which is standardised to contain 55% bacosides A and B. In India, another chemically standardised extract of Brahmi is available for clinical use by the Drug Research Institute; following clinical trials in human volunteers10.

Given its association with improved mental functioning capacity, Brahmi is best taken in the morning.

Brahmi is very commonly stacked with ginkgo biloba, as the two phytonutrients have been shown to improve different aspects of mental functioning capacity18.

Phase I clinical studies have confirmed the safety of bacosides from Brahmi in healthy male volunteers at both single and chronic dosing administered over a period of 4 weeks6 and 6 weeks with a dose of up to 450 mg of dried water extract14. No studies in humans have reported any toxic effects.