Arginine is an amino acid that has been investigated for its potential properties in enhancing athletic performance. It is of interest to bodybuilders as it may increase "the pump", as well as athletes for its possible effects on improving endurance.

Where Does Arginine Come From?

Under normal circumstances, arginine is synthesised in the body by a complex chain of reactions. Consequently, it is not strictly considered to be an essential amino acid. However, it's generally not synthesised in adequate amounts to meet the demands of most people, and a dietary source may also be necessary. It can be found in supplements, in lot of animal products such as meat and dairy, as well as plant sources such as nuts, seeds, and wheat.

One compound that is of a lot of interest to bodybuilders is nitric oxide (NO). Nitric oxide is a natural vasodilator, which means it is synthesised by your body to temporarily widen your blood vessels. This allows more blood to reach your muscles and give you what is known as "the pump". The pump make your muscles look larger, feel firmer, and the additional blood supply may aid in increasing endurance and weight lifting. Nitric oxide as a substance is considered a drug, is unstable, and is therefore not available to most people. However, arginine is the precursor to nitric oxide in the body, and being an amino acids means that it is readily available to everyone.

Creatine phosphate is a naturally produced molecule within the body that breaks to make more ATP (the currency for energy needed for muscle contractions). Arginine is involved in the body's process of making creatine. However, if you are looking to increase your creatine levels, it is better to be more direct in your approach and use a creatine supplement.

Citruline is the precursor to arginine. It has been said that supplementation with citruline may be more effective in producing nitric oxide than using arginine directly. Read more about this in our article on Arginine Vs Citruline.

Studies have suggested that arginine, given along with its precursor, ornithine, is a strong stimulant for the secretion of human growth hormone (hGC) and other anabolic agents in untrained subjects (Butterfield, 1999). However, when given to trained individuals such as bodybuilders and weight lifters, arginine does not appear to help increase the already high levels of hGC within these people (Williams, 1999). However, this may be due to inappropriate mixtures and doses, as it has been found that arginine in combination with lysine is needed (Isidori et al, 1981). Thus, in regards to the effect of arginine on increasing anabolic hormones, it may be more effective if you are a beginner, looking to start bodybuilding or weight training. Once you become experienced, arginine supplementation alone may not significantly boost your hormone levels.

There has been some evidence in the scientific literature to support arginine as a performance enhancer. Elam et al (1989) reported that arginine along with ornithine was successful in being able to increase strength, lean mass, as well as experiencing improved recovery parameters. A more recent study found that a commercial arginine supplement, also containing vitamins C and E, was effective in increasing the endurance threshold of an elderly group of cyclists (Chen et al, 2010). It has been speculated that this works because of the effect arginine has on increasing nitric oxide synthesis, thereby causing vasodilation and increases in endurance.

It has been suggested that arginine may be beneficial in building lean mass when consumed in conjunction with other amino acids. As a result of the increased nitric oxide production, increased blood flow may help deliver additional amino acids to muscles needed for muscle anabolism and growth (Paddon-Jones et al, 2004).

Nitric oxide plays a major role in penile erection. Thus, it has been thought that arginine may be able to elevate erectile dysfunction. There have been numerous studies that have reported that arginine supplementation improved the condition of men suffering from erectile dysfunction. This effect also seems to be amplified when arginine is given in combination with pycnogenols (a pink bark extract) (MacKay, 2004).

Arginine Safety and Side Effects

Arginine is a common amino acid with the body and the food we eat. Consequently it is a very safe compound. Excess arginine is easily eliminated from the body, and few side effects are reported. It has been estimated that a 70 kg man would be able to tolerate up to 20 g arginine per day over a long period of time (Wu et al, 2007). 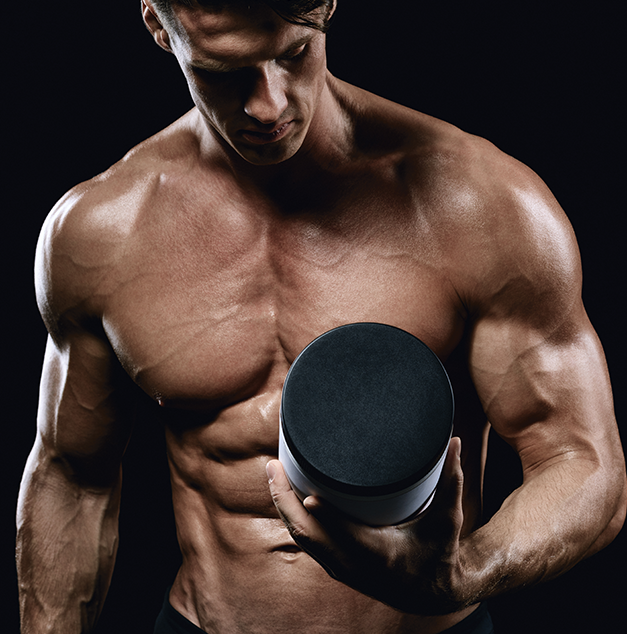 Doses as low as 1 or 2 grams of arginine may help to increase exercise performance. This should be taken between half to an hour before training.