Ther term "amino acid" is used to describe a class of compound containing both an amino group and an organic acid. Amino acids have a huge variety of roles that support health and wellbeing, and they are one of the most widely used classes of supplements on the market. But what are the risks?

As the building blocks of protein, Amino Acids are essential for growth and repair. There are 22 Amino acids, known as "proteinogenic", eight of which are known as "essential", because the body is unable to produce these, meaning they must be obtained through the diet. The body uses these amino acids to manufacture proteins which are vital for the healthy functioning of the body, including things like hair, components of the immune system, and muscles.

In addition to the vital structural role they play, various amino acids have other roles within the body. For example, phenylalanine and tyrosine are the precursors to a number of hormones and neurotransmitters, and glutamine carries nitrogen around the body, helping to detoxify metabolic waste products like ammonia. There are also a number of non-proteinogenic amino acids that play vital roles within the body, for example, creatine is an amino acid, and it is used to generate energy within muscles, and beta-alanine has a role in buffering the cells during exercise, which can improve endurance. These are covered in greater detail in other articles.

In addition to this, a number of amino acids can be used by the body to generate energy.

Amino acids are generally taken in through the food, in the form of protein. The process of digestion breaks dietary protein down into its component amino acids, which are then used by the body to create new proteins, or put to work in one of the many roles amino acids play within the body.

Amino acid supplementation is very popular amongst bodybuilders for both of these reasons – to put on muscle, and also to reap the secondary benefits that a particular amino acid may have.

The most common way to take in amino acids is through the dietary protein intake, which is something that the majority of strength athletes will be familiar with. Amino acids are present in almost every type of food, and they are an important part of any healthy diet. While a high protein intake may cause minor digestive symptoms, for a healthy person, there are no side effects associated with taking in large amounts of dietary amino acids.

The good news is that when taken in recommended doses by healthy people, amino acid supplementation has very few side effects, outside of slight digestive issues that may present in some people.

As with many supplements, particularly those that play such a vital role in normal health and wellbeing, it is important to keep the idea of balance in mind. 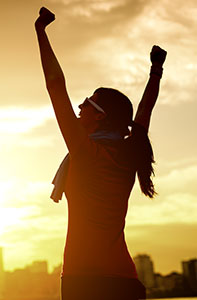 This is particularly the case when it comes to protein synthesis in the body. For example, the branched chain amino acid leucine may stimulate muscle synthesis, but in the absence of sufficient amounts of the other amino acids that the body needs to form protein, the body will not have the raw material to take advantage of the anabolic boost this amino acid may provide. It is important to note that dietary protein, including protein supplements such as whey and soy protein, provides all the necessary amino acids in a ratio that is close to optimal for building muscle.

It should be noted that like almost any substance that can be mentioned, taking doses of indvidual amino acids far in excess of recommended amounts may cause toxicity.

Large doses of certain amino acids have been known to react with particular medications, for example, tyrosine and certain types of antidepressant medication may interact undesirably. In general, people suffering from chronic illness, particularly kidney or liver disease, should consult a medical practitioner before making any changes which may affect their condition. This includes using any sort of dietary supplements.

Amino acids are the building blocks of protein, and they are essential for overall health and wellbeing. Supplementing these, in moderation, can provide an effective natural boost that can assist in reaching fitness goals.