The Importance of Carbohydrates

Most of us know that carbohydrates are an important and essential nutrient for us to consume on a daily basis to provide us with the energy we need. On top of that, carbohydrates can help sustain exercise and sports performance as well as helping to influence and replenish muscle glycogen stores. But forget about whole foods such as breads, pastas, rice and cereals, how much do you really know about the type of carbohydrates used in your supplements? This article takes a closer and more advanced examination of the carbohydrate ingredients in your supplements so you can make the best choices.

Before we delve deeper into the topic, it is important to clearly grasp the whole picture. Going back to carbohydrate basics, all carbohydrates are made from one or a combination of the three single sugar (saccharide) molecules: fructose, galactose and glucose. The entire range of carbohydrates can be separated into 3 groups:

In terms of supplements containing carbohydrates – there is no single ideal one. Like any training program, the type of carbohydrate supplement you have will depend on the results you want and the training that you do. Carbohydrates consumed pre- and intra workouts can help sustain blood glucose levels for prolonged peak performance. Carbohydrates consumed post workout can help promote glycogen resynthesis and help with the absorption of protein. Of course, with benefits comes downfalls. Excessive insulin levels from consuming too much or the wrong type of carbohydrates may result in increased fat storage. Prolonged excessive insulin levels and fluctuations can also lead to chronic disease development. The best times for consumption of carbohydrates to minimise these downfalls is within exercise times as there is an increased need for carbohydrates and insulin sensitivity is also up.

Common Carbohydrates in SupplementsDextrose – Basically, another word for glucose; a simple sugar and the fuel of choice for our muscles and our brain.

The original carbohydrates to be used in nutritional supplements included dextrose and maltodextrin. They were commonly used in sports drinks which were aimed at promoting hydration, electrolyte and carbohydrate restoration. They were used due to their ability to be digested quite quickly. Starches were often believed to have longer digestion rates due to their length and size.

Research conducted in 2000 examined the use of higher molecular weight carbohydrate sources and its effect on gastric emptying, blood glucose and insulin responses, glycogen resynthesis and exercise performance. Two studies from that year came out showing that a high molecular weight carbohydrates derived from potato starch with a high amylopectin to amylose ratio produced faster gastric emptying (leaving the stomach)1 and was also able to promote greater glycogen resynthesis 2 hours post exhaustive exercise2. However both these studies were unable to show concurrent significant increases in blood glucose and insulin levels over controls. It was suggested that there was greater glycogen resynthesis simply because of a faster gastric emptying rate along with an increased blood flow to the muscles. Another study conducted in 20083 using a similarly sized carbohydrate derived from waxy corn (maize) starch was able to show that consumption post-exercise led to faster and greater increases in blood glucose and insulin and also led to an increased time trial performance post exhaustive exercise compared to a maltodextrin sized carbohydrate. BOOM!! And so began an explosion in the market for waxy maize starch (WMS). 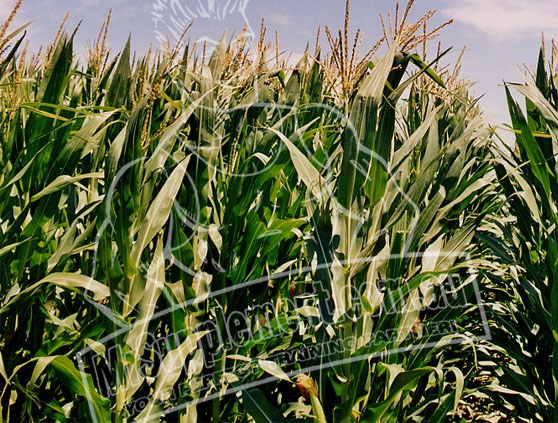 Why Use Waxy Maize?

Starches are generally made up of a combination of 2 polysaccharides; amylose and amylopectin. In general, amylopectin is digested faster due to its structure. Faster digestion means faster delivery. Waxy starches contain a large percentage of amylopectin, even as high as 100%. But….

The 20083 study used a very specific brand of waxy maize starch, however several studies performed with other brands of waxy maize starch has proven other results. In a general study looking at cereals in general, Zhang et al (2006)4 showed that waxy maize starch actually contained a greater proportion of slowly digestible starches (SDS ~48%) compared with rapidly digestible starches (RDS ~35%). Two studies showed a reduced blood glucose response with consumption of waxy maize compared to maltodextrin or sucrose5 and a maltodextrins/sucrose mix6. The latter study also showed a reduced insulin response. Two studies showed lower blood glucose responses with consumption of waxy maize compared to glucose7,8. One of those studies also showed a reduced insulin response as well as a slightly inferior work output with waxy maize compared to glucose.7 One study compared 24 hr post exercise glycogen resynthesis with 4 different carbohydrates. Waxy maize starch fared better than resistant starch and maltodextrins however was inferior to glucose in its ability to replenish muscle glycogen stores.9 What was surprising was that some studies were able to show that waxy maize starch was considered more a slower digested starch due to its proportion of slowly digestible starches as well as its amylopectin arrangement. A blunted blood glucose and insulin response generally points to a slow digestion rate as suggested by the above studies5,6,7,8. But how can you explain the differences in 24 hr glycogen resynthesis? Unfortunately, we can’t at this current moment. What about the other studies that showed positive results? It is important to note that 2 of those 3 studies promoting larger carbohydrates were derived from potatoes rather than corn. The other remaining study used a specific brand (Vitargo®) of waxy maize starch, which has not been used in the conflicting studies. To summarise, the field of research looking at carbohydrates in supplements is still in its infancy. However, there appears to be specific benefits in all of the three main types of carbohydrates used currently. With regards to the potential of waxy maize and other waxy starches, it is still too early to tell due to lack of consensus and  the use of different preparations by different companies.

The following recommendations are based on the current best available research:

A recently designed carbohydrate by Scottish scientists known as SuperStarch has been shown to be able to reduce blood glucose and insulin fluctuations, providing a sustained release of carbohydrates whilst promoting greater fat oxidation. Be on the lookout for new products and research regarding this new carbohydrate.

* Nutritionists typically consider carbohydrates with 2 saccharide carbohydrates (disaccharides) as belonging in the sugars group.
** The Vitargo® brand is different from the Vitargo® S2™ brand and is produced by two different companies with different waxy starch derived sources.