What is Kola Nut?

Kola nuts are bitter fruits of kola trees, which belong to the Cola genus. The nut contains caffeine, and it's no coincidence that the world's best known caffeinated beverage is also named "Coca Cola". This is because the kola nut has in fact been an ingredient in the iconic soft drink. In addition to this, the kola nut also has benefits for bodybuilding and fat loss.

Where Does Kola Nut Come From?

The kola nut plays a big role in West African culture. Originally, it grew in the tropic rainforests and other hot and humid climates. Turkey and Italia also grow significant amounts of kola trees.

Kola Nut contains both caffeine and theobromine. Each of these compounds has their own benefits which have been covered in detail elsewhere. 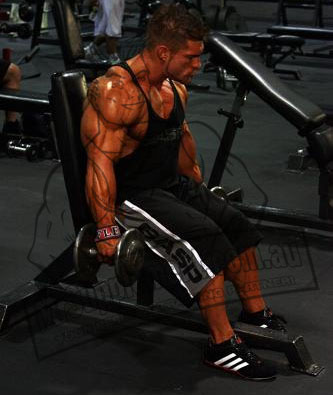 Caffeine is well known for its effect on metabolism. Studies have shown that caffeine is thermogenic and supplementation leads to weight loss (Yoshida et al, 1994). Additionally, theobromine has been observed to have a mild diuretic effect (Mumford et al, 1994). These two properties combined, can help bodybuilders lose weight and look cut.

Kola Nut Negatives and Side Effects

People all over the world have been consuming kola nut and kola nut products for centuries. Scientific safety reviews have considered kola nuts to be safe for consumption (Burdock et al, 2009). However, given the properties of caffeine and theobromine, it is recommended that excessive amounts should not be consumed. This may cause heart palpitations, anxiety, and insomnia.

The recommended dose of kola nut is more related to its active constituents. Caffeine has been said to be effective with 175 to 490 mg, while theobromine is effective at doses of 100 to 560 mg. This equates to anywhere between 10 to 56 g kola nut. Thankfully, it is not necessary to consume such a large amount, as kola nuts extracts are the ingredient that appears in supplements, and these are far more concentrated. To experience benefits of kola nut for a workout, it should be consumed around 45 minutes before a workout. For fat loss, they should be consumed first thing after waking, and before meals. Be sure to follow the manufacturer's instructions as extract concentrations may vary.

Because of the stimulant and thermogenic effects of kola nuts, they can be found in fat burners and pre workout supplements.