Dextrose (also known as glucose) is a simple sugar (monosaccharide) that is the primary source of energy for the body. Any carbohydrate is eventually broken down into monosaccharides such as glucose before it can be used. It is an essential nutrient that is the only source of energy capable of being used by the central nervous system. Dextrose is rapidly digested and is therefore important for athletes and bodybuilders to increase workout potential and speed up recovery.

Where Does Dextrose Come From?

Dextrose occurs everywhere in nature. Plants create it through photosynthesis and animals obtain it from breaking it down from more complex carbs. Commercially, dextrose can be synthesised from starch of food crops such as corn, wheat, rice, etc.

Dextrose is rapidly digested and makes its way into the blood stream, causing a large dextrose (glucose) and insulin spike. This gives a rapid burst of energy that can be beneficial for a range of reasons for bodybuilders and athletes. 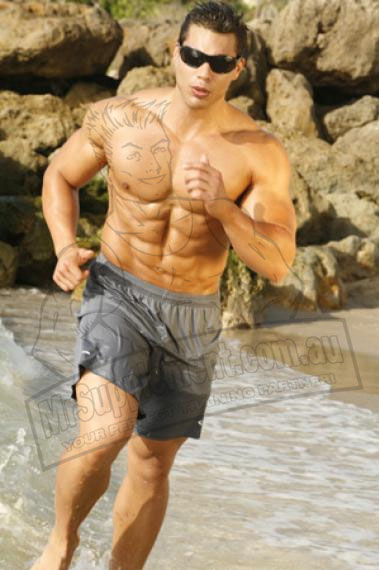 It is well documented that consuming dextrose and other simple sugars before and during exercise is able to spare muscle glycogen, therefore essentially increasing the amount of energy available and time to exhaustion. Supplementation is able to maintain blood glucose levels, resulting in significant improvements in endurance exercise performance compared to receiving only water (Campbell et al, 2008). There is also some evidence to suggest that dextrose leads to better performance compared to other simple sugars such as ribose (Dunne et al, 2006).

In addition to maintaining blood glucose, dextrose supplementation is able to increase the efficiency of hydration, especially when exercising in hot climates (Mudambo et al, 1997). As we all know, the secret to performance is hydration. Therefore, any improvements in hydration may lead to an improvement in performance.

After an extended period of intensive exercise, your muscle glycogen becomes partially or fully depleted. To maximise recovery it is necessary to replace this lost glycogen. It is known that to do this effectively, you need to consume carbohydrates in the form of simple sugar. When subjects were given sugars after exercise, it was found that they were able to regenerate glycogen 237% faster than those given protein. However, the rate of glycogen resynthesis was even faster when sugars were combined with protein (Zawadzki et al, 1992). It is therefore highly recommended that a post workout protein shake should also contain a healthy serve of simple sugars.

It is well known that creatine is able to increase muscle mass and strength. Adding simple sugars such as dextrose to your creatine supplement causes an insulin spike which helps to increase the amount of creatine absorbed by your muscles (Greenwood et al, 2003). This increase in creatine absorption may then be beneficial for exercise performance and lean gains. Read more about this in our "How to Stack Supplements" article.

Along with saturated fats, sugars are one of the "evils" of food for many people. The reason for this is not because dextrose is inherently harmful, but rather, it is sometimes consumed in a great excess to what is actually needed. Let's face it, sugar tastes good, and people want to eat it. However, if you eat too much, it increases your risk of obesity, heart disease, and diabetes. If on the other hand, if you are highly active, simple sugars are exactly what you need to keep yourself fuelled at times. Just remember not to overdo it. Other than this, dextrose is completely nontoxic and is safe for everyone.

Another catch with dextrose is that because it is so rapidly absorbed, it is unable to provide you with sustained energy, unless you continuously consume it. If this is not a viable option for you, you would need to consider a slower release carbohydrate such as waxy maize starch.

The recommended intake of carbohydrate per day is around 50 to 60% of your total daily calories. You can use dextrose to make up part of this figure. To be effectively used to boost workout performance, consider taking 1 g carbohydrates/kg bodyweight (some of which can be made up of dextrose and other simple sugars) before workouts and 0.17 g carbs/kg bodyweight every six minutes during the workout (Wax et al, 2012). Have a look at our "Carbs Before Workout" article for more details. To boost the absorption of creatine, it has been shown that 18 g of dextrose was effective (Greenwood et al, 2003).

Dextrose can be found as a stand-alone supplement or part of a carbohydrate supplement blend. Given its benefits for energy, hydration, recovery, and interaction with creatine, it also occurs commonly in a huge range of supplements such as protein powders, creatine supplements, pre workout supplements, sports drinks, and much much more.

Remember that dextrose and glucose mean the same thing, so be sure to also keep an eye out for glucose too if you are looking for dextrose.

Although dextrose is a wonderful compound on its own, it can't do everything alone. It should be stacked with other carbohydrates to provide a more sustained energy release profile, protein to speed up recovery, creatine to increase muscle strength, and pretty much anything else you can think of.