Creatine Phosphate or phosphocreatine serves as a reservoir of quick energy in our muscle cells. It is produced naturally by the liver, but many athletes choose to further increase creatine levels through supplementation. Creatine is one of the best researched, safest, and most effective sports supplements on the market.

Creatine – What does it do?

Creatine is synthesised in the kidneys and the liver. It is formed from the three amino acids Arginine, Glycine and Methionine. A 70kg man loses about 2g of creatine per day when it spontaneously converts to a product called creatinine which is then excreted through the kidneys. Creatine can be replenished through synthesis in the body or by eating meat  which is a rich source of this important molecule (1).

Creatine is metabolised spontaneously and irreversably to its metabolic product creatinine in a non-enzymatic reaction. This reaction is influenced by external factors and cyclisation of the creatine molecule to creatinine is more likely to occur at higher temperature and lower pH. Creatinine is then excreted by the kidneys. The rate of creatinine excretion is routinely used to assess kidney function (2). 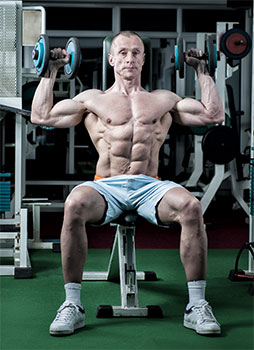 Creatine – Use in Sports

The role of creatine in the body has been known for almost a century, but creatine really exploded onto the sports supplement market in 1992, after members of the British athletics team named it as a major factor in their success at the Barcelona Olympic Games. Because creati

ne is effective, generally regarded as safe, and has been declared legal by most of the major sporting bodies, it is a

very popular supplement amongst athletes.
Creatine supplementation is of the most benefit to athletes engaged in sports that require bursts of strength and power, like sprinting, because these are the energy needs that are supplied by ATP (1). In addition to increasing strength and power, creatine causes water retention in the muscle cells, causing the muscles to appear larger. This aesthetic enhancement appeals to many bodybuilders.

In 2007, the International Society of Sports Nutrition declared creatine monohydrate to be "The most effective ergogenic supplement for the improvement of high impact exercise capacity and lean body mass" (3). Creatine is a supplement with many advantages and few drawbacks, and these are largely  limited to mild and manageable side effects like water retention and stomach upset (4).  Creatine is one of the oldest, best known and most established sports supplements on the market and it looks set to continue helping athletes for a long time to come.