Branched-chain amino acids (BCAAs) are an incredibly popular category of supplements for both strength and endurance athletes. If your reading this article, there’s a very good chance you know what amino acids make up the BCAA complex, but for the sake of completeness, it must be stated that the three essential amino acids: leucine, valine and isoleucine are collectively referred to as BCAAs.

To better understand why and how BCAAs benefit performance and recovery, its useful to have a basic appreciation of their function/role within the body. First and foremost, BCAAs are abundant in the human body’s muscle tissue. For example, BCAAs account for 35–40% of the dietary essential amino acids in body protein and 14-18% of the total amino acids in muscle1, 2. Moreover, BCAAs are mainly broken down in muscle but this breakdown only occurs at an appreciable rate once exercising. Because they make up such a large portion of muscle tissue and their metabolism is acutely affected by exercise, there have been numerous studies exploring the effects of supplementation on performance and recovery.

One of the key areas of research with BCAAs concerns their effect on muscle damage and recovery from both endurance and strength training. Despite their popularity with bodybuilders and individuals engaged in strength training, the initial studies on the effects of BCAAs on recovery were carried out in endurance athletes.  These initial studies showed some promising findings, but some follow up studies have showed mixed results. A lot of the variance in results can be explained by differences in study design, with the major issue being that of dosage and length of supplementation. Studies using upward of 10g BCAA per day in the lead up and follow on from the exercise intervention show the best results. While the training status of athletes (i.e. trained vs untrained) also seems to have a bearing on results.

Studies in endurance athletes have shown supplementation with BCAAs can improve markers of muscle damage and inflammation following endurance exercise. For example, supplementation with 12g of BCAA/day for 2 weeks in the lead up to a 2 hour cycling test at 70% VO2max lead to lower concentrations of the enzymes creatine kinase (CK) and lactatae dehydrogenase (LDH) after exercise in a group male subjects. CK and LDH are accurate indicators of muscle damage, thus showing that BCAA supplementation can reduce muscle damage associated with endurance exercise3. Yet another study involving 9 untrained college-age men, explored the effects of acute BCAA ingestion on muscle damage following exercise. In this particular study, subjects consumed 25g of a BCAA supplement 5 minutes before a 90-min cycling bout at 55% VO2max and consumed an additional 25g dose 60-minutes into the exercise4. On two subsequent occasions, each subject completed the same exercise protocol, but consumed an isocaloric carbohydrate beverage or placebo beverage (with artificial sweeteners). Compared with the carbohydrate and placebo beverage, BCAA beverage resulted in lower CK and LDH levels post-exercise4. Lastly, a study of long distance runners participating in a 25-km training run were found to have lower LDH levels when consuming an average of 2.36g of BCAA in solution throughout the run10. Even this small one-off ingestion of BCAAs was enough to prevent the drop in blood levels of BCAA that occurred in the runners receiving the placebo solution10. Any reduction in muscle damage for long distance running is valuable given that eccentric component of distance running. 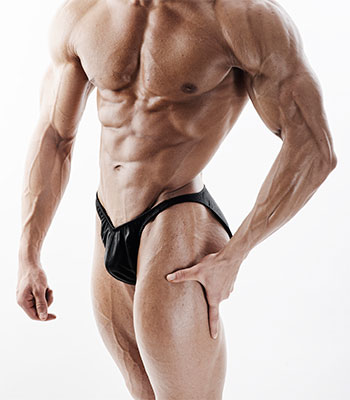 A reduction in muscle damage and inflammation is usually associated with a reduction in muscle soreness, which happens to be one of the other major reasons active individuals supplement with BCAAs. In addition to measuring markers CK and LDH associated with muscle damage, a study published in 2009 by Japanese researchers showed that long-distance runners supplementation with BCAAs during intensive 3-day training periods helped alleviate muscle soreness, compared with placebo. As with the studies in endurance athletes above, this study also showed reduced levels of the markers CK and LDH.

Another well studied application of BCAA supplements (particularly in endurance athletes) is immune system support. Researchers from Brazil were among the first to show benefits of BCAA supplementation on immune function following intense prolonged endurance exercise in a group of triathletes and runners. A daily dose of 6g of BCAA in the two weeks leading into testing helped prevent the decrease in plasma glutamine after long distance intense exercise in the runners and triathletes. This was also associated with an enhanced adaptive immune response, which is crucial in offsetting the risk of upper respiratory infections after intense exercise6, 7.

One of the lesser studied benefits of BCAA supplementation is their ability to improve lactate threshold. Researchers from Italy were the first to demonstrate in 2001 that triathlete’s supplementing with BCAAs at a dose of 0.2g/kg of body weight for one month lead to a significant reduction in post-exercise lactate levels following 60 mins of exercise at 75% of VO2max8. Another study 8 years later by Japanese researchers looked at the effect of consuming a 1500ml solution containing 0.4% BCAAs together and 4% carbohydrate. The solution was consumed for 6 days consecutive days and one the seventh, subjects subjects performed an incremental loading exercise test with a cycle ergometer until exhaustion in order to measure their lactate threshold9. The control group consumed a placebo solution that was equal in calories but consisted only of carbohydrate. While the actual lactate threshold value did not change significantly, the amount of work completed at lactate threshold (as measured by VO2max and power output) increased significantly9. The other interesting measure included in this study was the respiratory exchange ratio (RER); a measure of CO2 produced and O2 consumed thats used to calculate the relative amount of carbohydrate and fat that are being metabolised to supply the energy demands of exercise. When taking the BCAA solution, subjects had a significantly lower RER. This was thought to reflect an increase in BCAA oxidation as an energy source during exercise and a corresponding decrease in carbohydrate oxidation. So in essence, this study showed that a 7-day course of 6g of BCAA solution essentially improved the metabolic efficiency of trained athletes by allowing them to produce more power at lactate threshold9. 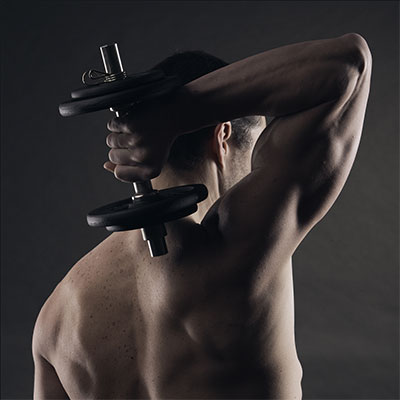 One of the most popular groups of people who consume BCAAs are those engaged in regular weight training. BCAAs thought to aid recovery and muscle growth for such individuals. Thankfully, there are a number of studies supporting this valuable role of BCAA in weight training. One such study was conducted in 2010 by researchers from the UK and specifically tested the effect of BCAA supplementation on muscle soreness associated with eccentric weight exercise (the most damaging type of weight training). While the study involved non-weight-trained males, it did show that taking a 7.3g of a BCAA supplement 30-min before exercise and 3 times a day thereafter, followed by another 2 days where the 7.3g dose of BCAA was taken 4 times daily. The group taking the BCAAs experienced significantly less muscle soreness than the placebo group11.

Yet another study, but this time in young females - showed that a dose of BCAAs at 100 mg/kg body weight was able to reduce delayed-onset muscle soreness (DOMS) following 7 sets of 20 squats12. Another study has showed similar findings but this time using 3.2g of BCAA plus 2g of taurine three times a day for two weeks prior to and three days after eccentric elbow flexor exercises13. This particular BCAA and taurine supplement regime lead to a reduction in exercise-induced DOMS and muscle damage13.

One of the key takeaways from the successful research on BCAA supplementation is that one really needs to take adequate dosages if they want to see optimal results. While some studies have showed positive results from a single one-off dose of 2.36g of BCAAs10, the bulk of successful studies have used between 10g and 20g per day. It would also appear that the benefits of BCAA supplementation are improved with daily supplementation over a period of weeks. So bottom line for BCAA supplements are take enough and stick at it and your bound to see results whether you hitting the gym everyday or pounding the pavement.