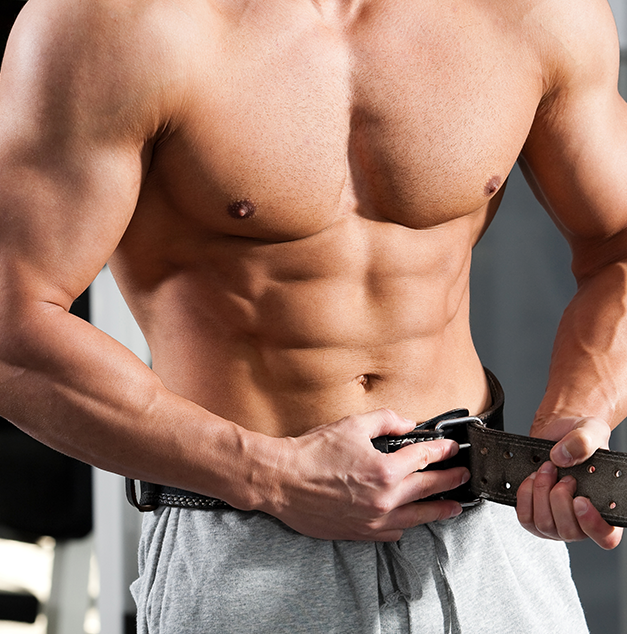 Branched Chain Amino Acids better known as BCAAs are some of the most revered ingredients in the supplement industry -  thanks largely to their excellent ability to support exercise performance, boost muscle growth and decrease fatigue. Consisting of 3 essential amino acids, the BCAAs include Leucine, Isoleucine and Valine. BCAA supplements are some of the safest around, however many people are worried about any potential side effects. Here we take a look at some of the more common concerns and help separate fact from fiction.

Before we take a look at the potential side effects of BCAA supplementation, let’s examine why BCAAs are considered some of the most effective and popular supplements around. Found naturally in animal products, BCAA supplements are commonly used as an intra-workout supplement as well as a recovery supplement. The most famous BCAA; Leucine is known for its ability to signal a protein called mammalian target of rapamycin (mTOR), which stimulates muscle protein synthesis1. This makes Leucine one of the key amino acids supporting muscle hypertrophy or muscle growth. Isoleucine is another important amino acid which has been shown to support glucose uptake in muscles2, which has ramifications for blood glucose control. Lastly, evidence suggests Valine supports muscle glycogen synthesis3; ideal for exercise performance. All-in-all BCAA supplementation is a great way to help boost performance during exercise and help support the results and recovery capacity you’re after.

A common misconception, BCAA supplements may actually help to prevent hair loss. A recent theory on hair loss is that men and women who experience some hair loss tend to have deficiencies in their hair follicle’s potassium ion channels4. These potassium ion channels are seen as crucial for maintaining a hair follicle’s full biological activity and function. BCAA supplementation (at least topically) have shown promise in boosting synthesis of these potassium ion channels and therefore help to improve the effectiveness of many of the hair loss medications around. In addition, hair is mostly protein; a large percentage of which consists of BCAAs – so it would make sense that maintaining our bodies level of BCAAs is important for hair growth and health.

Acne is a common skin disease which is said to affect up to 9% of the entire population. Most of us would have suffered through our acne prone teenage years with a sense of anguish and hope that it would never occur again in our adult lives. But could supplementing with BCAAs lead to a return of the dreaded skin condition? There has been research to suggest that high protein intakes and dairy consumption could be associated with acne development5,6, with leucine being the main amino acid culprit due to its ability to activate lipid production. More research does need to be conducted, however if you do experience a flare up, you can minimize acne development through a reduction in overall dairy intake and by having a lower glycaemic diet.

A few BCAA supplement users have complained about stomach and gastro issues such as increased gas and cramps, however there is no evidence to suggest this is due to any of the branched chain amino acids. Often times, it is an increased intake of carbohydrates or other flatulence increasing foods that are the culprit. If you have eliminated this as an offender, you may just be one of the few people who have issues digesting branched chain amino acids. If you do find yourself in this boat, a few dietary changes may be able to help including increased intake of probiotics (such as yoghurt), certain spices such as cumin, curcumin (tumeric) and coriander as well as use of digestive enzymes.

There has been speculation that BCAA supplementation may lead to such serious mental health issues such as depression due to certain nutrient interactions. Branched chain amino acids tend to compete with tryptophan in crossing the blood brain barrier. There has been evidence that lowered tryptophan to BCAA ratios are linked to depressive symptoms7. There haven’t been any actual studies linking BCAA supplementation with depression, just a plausible mechanism. You can reduce the ratio of BCAAs to tryptophan by supplementing during periods which increase the absorption of these amino acids into the muscle, such as with increased carbohydrate intake and with physical activity. In general though, depression has a much more complicated set of causes than simply supplementing with BCAAs.

BCAA Side Effects on the Kidney & Liver

Over the years there has been a ensuing debate about whether higher protein diets can damage kidney function, however there hasn’t been any evidence linking the two. For people with healthy kidneys, higher intakes of up to 2.8g/kg of bodyweight of protein seem to not affect kidney function8. It is only with damaged kidneys or people with initial stages of kidney problems that dietary protein becomes an issue. In fact, BCAA supplementation for people with kidney disease is a viable way of ensuring you have adequate essential amino acids without increasing your protein intake. There is little to no evidence that BCAA supplementation can result in liver damage and in fact BCAAs a routine supplement given to people with liver damage9.

While there are plenty of other proposed side effects of BCAA supplementation such as headaches, rashes, diarrhea and tingling, there really isn’t any basis to these claims. The only other side effects may be fatigue and loss of motor coordination, but this only occurs in people with pre-existing medical conditions. In general, supplementing with BCAAs are a great way to improve your training and maximise your results and their benefits definitely outweigh the small chance of negligible side effects.