Niacin or vitamin B3 is an essential vitamin and nutrient which has long been used to help improve cholesterol and lipid profiles. Vitamin B3 can refer to both niacin as well as nicotinamide, which are both similar compounds which exert similar vitamin effects, however only niacin is able to modify cholesterol parameters. Both forms of Vitamin B3 are also important in supporting healthy DNA and DNA repair. 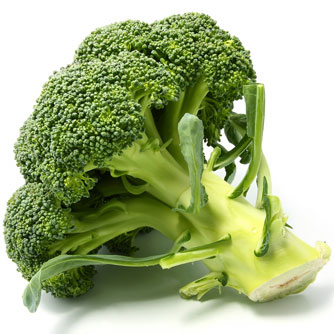 Where Does Niacin Come From?

Niacin can be found in a wide variety of fruits, vegetables, meats and other foods. Good sources of Niacin include organ meats, chicken, beef, tuna, broccoli, leafy vegetables, nuts, wholegrains and Vegemite.

Vitamin B3 is extremely important and must be consumed in order to lead a healthy lifestyle. Niacin deficiency is quite common in developing countries as well as in alcoholics and can result in symptoms such as poor concentration, irritability, fatigue, apathy and depression. People who eat corn as their staple carbohydrate can also be at risk of Niacin deficiency, which can result in a slower metabolism and thus decrease their tolerance to the cold. As previously mentioned, Niacin has been shown in countless studies to be effective at improving lipid profiles. In fact, supplementation with varying amounts of Niacin can help reduce triglyceride levels by 20-50%, LDL cholesterol by 10-25% and increase the healthy HDL cholesterol by 10-30%. 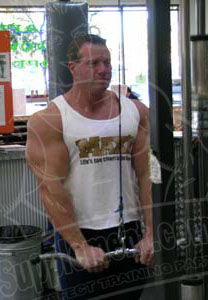 There have been very few studies looking at the benefits of Niacin for sports, bodybuilding and general exercise. However, one study looking at exercise, growth hormone and Niacin supplementation found that supplementing with Niacin at 1g 60 minutes prior to two sprint exercise and 0.5g 60 and 180 minutes after the sprints resulted in higher blood levels of growth hormone, than without Niacin supplementation. The researchers propose that Niacin’s ability to inhibit lipolysis or fat metabolism helps to improve growth hormone release with sprints. Coupled with the fact that Niacin is essential in ensuring proper concentration and focus as well as controlling fatigue, getting enough Niacin per day is extremely important for anyone who trains regularly.

The most common side effect from increased Niacin consumption is flushing off the face. Whilst uncomfortable, it is not an accurate indication of toxicity or even excess Niacin as it can affect very individually. In fact many bodybuilders tend to like the vasodilating effects of Niacin as they believe it helps improve vascularity or the ‘veiny’ look. The other more potent negative effects of excess Niacin are liver toxicity as well as gastrointestinal upsets including indigestion and nausea. Currently, Australian recommendations for Niacin intake suggests that no one should have a daily amount of Vitamin B3 as Nicotinic Acid over that of 35mg/day based on the studies on flushing. However, there are supplements that contain anywhere between 500mg-750mg of Niacin, which can be tolerable under medical supervision. Long term doses anywhere in upwards of 1g or more should be avoided unless advised otherwise by a trained medical professional. Vitamin B3 in the form of nicotinamide is well tolerated. There is also a form of Niacin supplement in the form of Inositol Hexanicotinate, which while well tolerated has not been shown to be beneficial in improving lipid profiles.

At the moment, the current recommended doses of Niacin for everyday consumption is at 14-16mg/day coming from everyday food. However, as the previous study showed that Niacin supplementation at 2g/day can help improve growth hormone release, this amount can be used cautiously as an ergogenic ingredient. However, it is paramount that you heed the negative side effects stated above that one may experience with long term use of such high amounts. To be used as an ingredient to boost growth hormone release, aim at consuming 1g 60 minutes prior to sprint exercises and 0.5g at 60 minutes and 180 minutes post exercise.

Niacin, if used on its own can easily be stacked with a multivitamin, a fat loss supplement or with a growth hormone booster. If stacking Niacin along with other supplements also containing Niacin, make sure you avoid taking excessive doses in order to prevent any liver damage.