What is Arachidonic Acid?

Arachidonic acid is one of the major omega 6 poly-unsaturated fatty acids. In the body is involved in both cellular signaling through the cell membranes, as well as acting as an inflammatory mediator, including acting upon vasodilation (expanding of the blood vessels).

Where Does Arachidonic Acid Come From?

Arachidonic acid is not an essential fatty acid, meaning it is not necessary to have it in the diet, since it can be synthesised within the body from linoleic acid. However this process has a limiting step, meaning a greater amount of arachidonic acid in the body cannot be reached through supplementation with/higher levels of dietary linoleic acid, since it won't be converted. Direct supplementation with arachidonic acid can side step this process and increase stores within the body. In terms of dietary sources there are high levels in meat, fish and other animal sources of protein. For commercial products arachidonic acid is now derived from a fungus grown in laboratory conditions.

Arachidonic acid has some effects on cognition, learning and memory, due to its high levels in the brain. It is thought this is due in part to its protective effects against oxidative damage. It has been shown to promote the growth of neurons after damage; its main effects however may be in reducing cognitive decline in the elderly. This may be related to the decline in conversion of linoleic acid that is seen as people age.

Arachidonic acid may also have some cardio-protective effects, again particularly in the elderly. One study using relatively low doses demonstrated an increase in coronary blood flow after 3 months supplementation, although this was not seen at rest but rather after gentle exercise.

Aesthetically, arachidonic acid may have interactions with hair loss in men. There appears to be more of its metabolites in the sections of the head with hair as compared to the balding sections. Supplemenatation may attenuate hair loss, although further study is required. 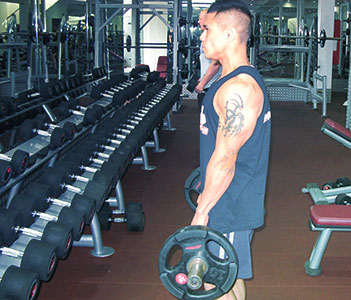 Arachidonic acid is known to be important in skeletal muscle processes such as protein synthesis. Increasing levels of arachidonic acid may enhance muscle growth if taken in combination with exercise, since stress on the muscle cell is required to induce the chemical changes. One study demonstrated an increase in peak and average power compared to the placebo, when taken in conjunction with a typical bodybuilding diet – high levels of protein and a slight calorie excess.

Arachidonic acid is also a vasodilator similar to nitric oxide, and would enhance blood flow to the muscles. This allows a more effective transfer of nutrients and removal of waste from the tissue.

Arachidonic acid is one of the chemicals in the body that control inflammatory responses; it may be metabolised into both anti and pro-inflammatory molecules. Although evidence is mixed and the exact pathways are unknown, there are some studies that demonstrate a possibility to exacerbate the symptoms of arthritis and joint pain at higher doses, although some show no effect. In either instance, it would be wise for those with a history of joint pain, cancer or inflammatory diseases to avoid supplementation with arachidonic acid, due to its effects on the inflammation pathways.

In healthy individuals there is no known effect on inflammation responses. However, it may counteract the anti-inflammatory effects of other supplements such as omega 3. There are also no side effects or toxicity issues associated with arachidonic acid.

Generally 2000mg is recommended for healthy individuals per day, to be taken just before a workout.

Arachidonic acid can be bought in gel capsule form, generally up to 500mg individual doses.

Stacking arachidonic acid with anti-inflammatories such as omega 3 oil should be avoided, since it will negate the effects of these. However it may be well stacked with pre-workouts such as Cellulor C4 Extreme or MusclePharm Assault due to its similiar dosage timing and nitric oxide boosting effects. It may also stack well with creatine, another anabolic supplement that enhances muscle growth, such as MuscleTech Cell Tech or Elemental Nutrition Creapure.