What is Ursolic Acid?

Ursolic acid (also known as Ursol, Prunol, Malol or Apple Peel Extract) is a substance found in many varieties of plants. It comes from a family of chemicals known as the Pentacyclic Triterpenes, which have recently been the subject of a lot of scientific research.

Where does Ursolic Acid come from?

Ursolic acid is found in a huge number of plants and herbs. Apple peel is probably the best known, and one of the richest sources, along with grape skins (which are also a great source of antioxidant Resveratrol), prunes, many medicinal herbs, such as the Ayurvedic plant known as Holy Basil (Ocimum tenuiflorum). It is also present in many commonly eaten herbs including Sage, Thyme, Oregano and Rosemary.

Ursolic acid has been put under scientific scrutiny to investigate a number of proposed effects, using cell lines or animal models. Ursolic Acid and its derivatives have shown promise in fighting cancer, due to an ability to suppress the growth of new blood vessels, which some types of cancer require to grow and spread, and by helping to stop cell division (1).

Ursolic acid may be beneficial to in treating diabetes via a number of mechanisms. Of particular interest is its suspected ability to enhance the effects of insulin on sugar uptake (2). There is much hope, but so far evidence for a role in promoting cardiovascular health is conflicting and under-studied (3). Studies in mice have identified promise for Ursolic acid both in preventing muscle wasting, and encouraging the growth of skeletal muscle. It may also be able to affect the way fat is accumulated in the body, and prevent obesity (4,5). Lastly, Ursolic acid is thought to possess weak anti-aromatase activity (6). 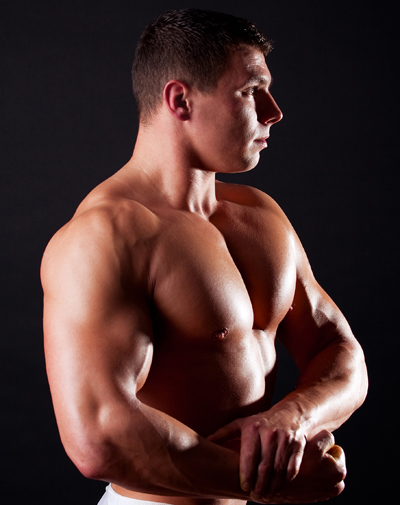 Benefits of Ursolic Acid for Bodybuilding?

The properties of Ursolic acid have generated a lot of interest within the bodybuilding community. Insulin, apart from regulating the levels of sugar in the blood, has powerful anabolic effects. Ursolic acid has been shown to behave in quite a similar way to insulin, reducing circulating blood sugar, and stimulating muscle growth. In one study researchers saw an increase in the amount of IGF-1, a powerful anabolic substance stimulated by human growth hormone, produced by the skeletal muscles (4).

Ursolic acid has also shown promise in weight control. In mice fed a high fat diet, those supplemented with Ursolic acid ate more and gained less weight – the differences were shown to be due to a lower accumulation of fat. This shows a lot of promise for Ursolic acid as a fat burner (5). Aromatase is the enzyme in the body that converts testosterone to oestrogen. Minimising this reaction with an aromatase inhibitor means maximising the effects of the body's own testosterone production, which is important to anyone trying to bulk up (6).

Safety, Negatives and Side Effects of Ursolic Acid

Ursolic acid has an extremely low rate of intestinal absorption. A bioavailability of 0.6% has been reported when taken orally (7). This means that a lot of this substance needs to be consumed to have an effect. Mice supplemented with Ursolic Acid have shown infertility due to damage to, and fusion of sperm precursor cells. Reduced sperm motility has also been observed (8). In addition, there is some concern that Ursolic acid, when administered at effective doses, can cause DNA damage. This is thought to be one of the mechanisms behind the anti-tumour properties of this substance, but the same effects have been observed on healthy cells (9). Fnally, and importantly, there is no information on the effects of Ursolic acid in humans. Whilst in vitro experiments and trials in mice have shown promise, there is no way to predict effects in without testing this directly.

There has been no calculation of effective dose in humans, because this compound is has not been studied well enough. Experiments in mice have been successful producing effects at doses ranging between between 5-200mg/kg bodyweight per day. Commercially available supplements are dosed within this range.

Ursolic acid is most commonly found in supplements that contain whole plant extracts, like Biotest Superfood, and has started to pop up in fat burners and muscle support products.

Ursolic acid can be stacked with anything, but stacking with fat burners or test boosters may enhance its effects.