Mass gainers are the most effective supplement for gaining weight and putting on size. Because of the high number of calories, complexity in ingredients used and large serving sizes people are often concerned about the side effects that may be experienced from consuming mass gainers.

In general it must be noted that mass gainers are very safe. They are typically made up of two major components, protein and varying degrees of carbs. Both these are commonly consumed macronutrients that occur naturally in food and are actually a necessary component of a healthy diet. For more details regarding the specific side effects related to protein powder and whey protein, please refer to our Protein Powder Side Effects and Whey Protein Side Effects articles. Instead, this article will relate more specifically to side effects related to mass gainers. 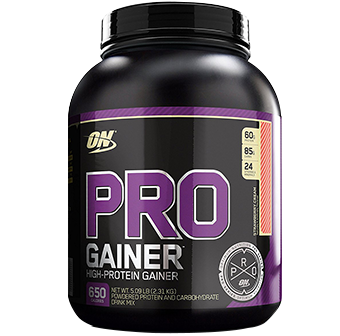 Although putting on some fat is a common and expected part of bulking, no one really wants to put on excessive levels of fat. This is an especially common issue with endomorphs or those people who are more sensitive to carbs.

Avoiding putting on too much fat is simple if you avoid mass gainers. However, this may also slow your progress. Instead, being more selective with your mass gainer could be a better alternative. Mass gainers vary in their carb content, some of which can be as low as one part carb to one part protein. Recommended examples include Optimum Pro Complex Gainer and Gen-Tec Pro Mass. 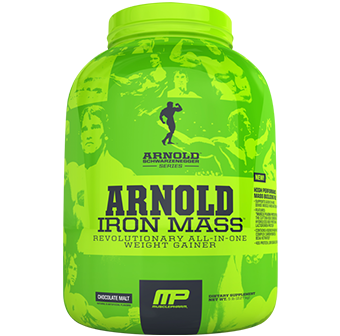 Individuals consuming large amounts of mass gainers may experience some degree of gastrointestinal upset. These include bloating, flatulence, diarrhoea, and cramping. The cause of these symptoms can be varied and can be caused by lactose intolerance or just the sheer volume of the shake, among many others.

It is not uncommon for mass gainers to use less processed and cheaper sources of ingredients compared to high end protein powders. This is not necessarily a bad thing for building size, but some ingredients may contain quite a high concentration of lactose. If lactose is a concern for you, you may wish to look for ingredients such as milk protein concentrate, milk powder, and to a lesser degree, whey protein concentrate. If these ingredients (particularly the first two) are very high up the list of ingredients, it is an indication that the product could be quite high in lactose. Instead, try to find a mass gainer that lists whey protein isolate (WPI) as its first source of protein (eg. Ultimate Nutrition Iso Mass Xtreme). Alternatively, mass gainers using alternative protein sources are also ideal (Arnold Schwarzenegger Iron Mass).

A feeling of bloating is more common with high calorie mass gainers that require large serving sizes (over 300 g). Such a large amount of powder, dissolved into a lot of liquid (700 mL) will be quite heavy for anyone. If you are starting off, it is recommended you do not attempt to drink a full serve right off the bat. Instead go for a partial serve and slowly build your way up within a few days. Splitting one serve into smaller portions throughout the day is also another good strategy. 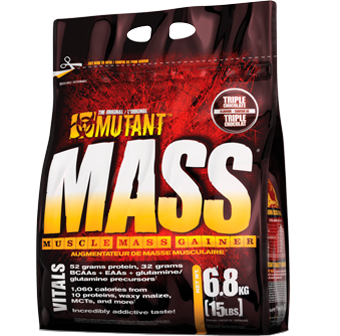 Another important factor to consider is that some ingredients inherently move through the stomach more slowly and digest at a slower rate. Typical examples include casein and fructose. Although such ingredients certainly have their place in mass gainers, a huge serve may require a little getting used to. Alternatively, certain high calorie gainers incorporate more gut friendly ingredients such as wazy maize starch, and tend to be somewhat less bloating. An excellent example is Mutant Mass.

If commercial mass gainers just don’t seem to float your boat, you can consider a DIY approach. Starting off with a high quality whey protein such as Elemental Nutrition 100% Whey is a good bet. Simply add you own source of carbs, whether it be GenR8 Vitargo or blending in some oats.

If you are diabetic, it is important to keep in mind that mass gainers contain a pretty generous dose of carbs. It is therefore recommended that if you suffer from diabetes of any related disorders, you should consult with a dietitian before consuming. In fact, it is recommended that you seek professional medical advice before consuming any supplement if you suffer from any chronic disease or are using medications.