Gamma-aminobutyric acid (GABA) is a neurotransmitter and plays a role in the regulation of muscle tone. As its name suggests, it is technically an amino acid. However, it is unique to what most people know as amino acids because the amino acids that we are familiar with are in an alpha configuration, whereas GABA is in a gamma configuration. Consequently, it is not incorporated into proteins.

Where Does GABA Come from?

GABA is synthesised naturally within our body and low concentrations can be found in animal and plant products (cherry tomatoes are a good source). However, generally speaking, the amount we eat in our diet is very low.

The potentially beneficial property of GABA is the theory that it may increase levels of hGH (human growth hormone) within the body. Human growth hormone is produced in the pituitary gland and aids in lean tissue gain, reduction of fat mass, and increases bone density. There have been a few studies that have suggested that GABA supplementation has resulted in elevated levels of hGH. An earlier study found that a single 5 g dose of GABA significantly increased plasma hGH levels in three hours (Cavagnini et al, 1980). A more recent study has supported these findings, reporting that 3 g GABA supplementation increased hGH levels in men at rest and during exercise compared to a placebo (Powers et al, 2008).

No doubt, if GABA is effective in increasing hGH, this may be beneficial for bodybuilders. Powers et al (2008) stated that, "augmenting the postexercise irGH/ifGH response may improve resistance training-induced muscular adaptations", which simply means "increasing hGH may increase muscle gains".

Another effect of increased hGH is the benefit it has on reducing fat mass. Therefore, if GABA is effective in increasing hGH, it may be helpful for those wishing to lose fat. The efficiency of fat loss may be a result of the ability of hGH to stimulate muscle growth, and hence elevate resting metabolic rate to burn more fat.

One of the other reported effects of GABA is that is has a calming and relaxing effect. Consequently, it has also been used as a sleeping aid.

GABA Negatives and Side Effects

One criticism behind the rationale of GABA supplementation is that for GABA to work, it needs to find its way into the brain. However, GABA does not readily cross the blood brain barrier, so it may not be able to exert its effect on the pituitary gland. It seems that although GABA may be able to increase hGH, taking too much may actually have the opposite effect. A study has shown that a dose of 18 g/day for four days actually reduced hgH levels (Driskell & Wolinsky, 2009). The use of GABA appears to be safe. However it is not as well studied as some other supplements. Therefore, if you are pregnant, are on medications, or have any serious illnesses, consult your healthcare professional before commencing supplementation. 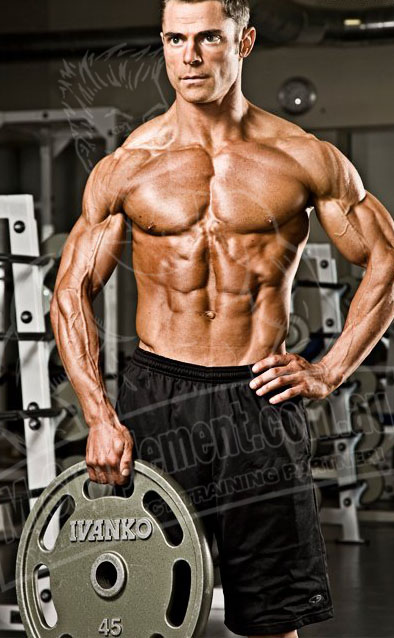 Due to the negative effect of high levels of GABA intake on hGH production, you should be wary of dosage, and make sure that you are not actually doing the opposite of what is intended. Studies have suggested that a 3 g dosage is adequate for promoting hGH production (Powers, 2008), and therefore is the recommended dosage. Because GABA may have a calming effect, it would be better to take the supplement an hour before bed, so it does not reduce your focus during the day.

GABA can be found as a pure stand-alone supplement.

Since GABA is a hGH promotant, it can be stacked with other hGH supplements. Here, they may work synergistically to provide different mechanisms to potentially boost your natural hGH levels. Additionally, since GABA is best taken at night, it could also be taken with a slow release night time protein, such as casein. However, if you are taking GABA purely as a sleep supplement, it may be better to do so on an empty stomach to promote rapid absorption.