Beta-alanine has been studied so heavily in recent years that it’s almost impossible to question its ergogenic potential. But as is the nature of sports science research, once a theory is proven on a theoretical, mechanistic and practical level, there is often a move to do more specific research to elucidate the best way to optimize the compounds ergogenic effects. This can take the form of studying variables such as timing of ingestion, co-ingestion with other nutrients, dosage and length of supplementation as well as possible side-effects. In the case of beta-alanine, there have now been enough meaty studies to answer some of the tough questions on the factors affecting response to beta-alanine supplementation. In this expert’s guide on beta-alanine, we’ll take a look at some of the important issues affecting response to beta-alanine supplementation and how best to optimise dosage as well as minimising side-effects.

Divided or Multiple Doses of Beta-Alanine?

One of the first questions that pop up with beta-alanine is whether it’s best to take it in divided dosages or one or two larger doses. The answer partly hinges on the total dose a given individual is taking. If supplementing with beta-alanine in capsule/tablet form, then the most common dosage amount per capsule/tablet is 800mg. If an individual is only taking say 1.6g of beta-alanine per day, then it is fine to spread this across 1 or 2 doses. However, if an individual is supplementing with say 6.4g per day, then studies have conclusively shown that it is much better to stagger doses at regular intervals throughout the day1.

If taking beta-alanine in powder form, then it is much harder to take precise amounts. Nonetheless, 1g of beta-alanine roughly approximates to 1/5 teaspoon. Some powdered beta-alanine supplements do provide a measuring scoop that allows more discrete dosing.

But when it comes to maximising intramuscular carnosine levels, a number of studies have shown that taking beta-alanine in divided doses of 400mg or 800mg at regular intervals is the most effective strategy. Repeated 800mg doses of beta-alanine have been used to achieve total daily doses of up to 6.4g corresponding to increased muscle carnosine levels of up to 64.2% over 4 weeks2.

The key advantage that slow-release beta-alanine offers is that users can supplement with up to 1.6g at a time without experiencing any paresthesia symptoms5. The degree of paresthesia associated with beta-alanine supplementation is highly variable among individuals, with a recent study showing that certain ethnicities experience more severe paraesthesia than others6. The onset of paraesthesia symptoms can also differ significantly with regard to the time of onset, intensity and anatomical localisation6.

What is the Optimal Maintenance Dose for Ensuring Constantly Elevated Muscle Carnosine Stores?

What Is the Best Way to Supplement with Beta-Alanine to Limit Paresthesia?

Initial studies exploring this question suggested beta-alanine offered no significant affect on highly trained individuals5, 8-10. But these studies have since been criticised for the protocols they employed11. Researchers have suggested that these studies have not used exercise tests of sufficient intensity or duration to be influenced by decreased intramuscular pH (i.e. increased acidity)11. They have also been criticised for the pacing strategies they have used, which may have masked ergogenic effects of increased muscle buffering capacity11.

The most recent study exploring this question found that b-alanine supplementation can in fact improve repeated-bout high-intensity performance to a similar extent, in both trained cyclists and non-trained participants when employing an intermittent supra-maximal exercise protocol11. The exercise protocol involved four 30-second all-out cycling sprints on a stationary cycle, separated by 3 min (commonly referred to as the Wingate test). Because the Wingate test is an intermittent supra-maximal exercise protocol, it is thought to promote considerably greater intramuscular acidosis than continuous high-intensity exercise12, 13. This type of intermittent high-intensity exercise is more likely to be limited by muscle acidosis and, therefore, more susceptible to improvements with increased buffering capacity such as that conferred by higher muscle carnosine levels11.

What Are Common Symptoms of Paraesthesia and How Long Do They Last?

In layman terms paraesthesia can be broadly defined as an irritation of the skin and prickly sensation15. Symptoms of paraesthesia typically begin within 20 minutes of taking beta-alanine and can last up to 1 hour15. The prickly sensations typically begin in the ears, forehead and scalp and are then followed by the upper trunk including arms and back of hand, with severe cases extended to the base of the spine and buttocks15.

How Long Can You Take Beta-Alanine?

One of the best things about beta-alanine supplementation is that the body seems to respond to repeated doses for an extended period of time. Studies of up to 10 weeks have been conducted, which show increasing muscle carnosine levels throughout the entire duration of the study14.

How Long Before I Can Expect to See Results with Beta-Alanine Supplementation?

Positive results from beta-alanine supplementation are related to changes in muscle carnosine levels. Studies have observed that muscle carnosine levels can increase after 2, 4, 8 and 10 weeks of beta-alanine supplementation14-16; with levels increasing as the length of supplementation increases. Super responsive individuals may expect to see subtle improvements in high intensity exercise capacity in as little as one week; however, the bulk of individuals should see benefits after 2 weeks. 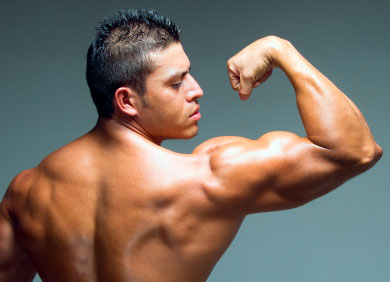 How Long Does It Take for Carnosine Levels to Return to Normal?

Are There Any Adverse Effects of Beta-Alanine Supplementation?

Currently, the only known adverse effect of A-alanine supplementation are the symptoms of paresthesia, which are triggered by a high and acute single dose and disappear within approximately 1 h after the ingestion15. These symptoms can be avoided by the use of controlled release capsules and by smaller dosing strategies. No studies have evaluated the effects of beta-alanine supplementation for more than 10 weeks, and hence the possibility of long-term adverse effects cannot be ruled out. However, considering that beta-alanine is an amino acid that naturally plays a relevant role in the human body and that doses studied so far are quite similar to that found in diet, it is unlikely that this supplement is unsafe or harmful18.