Beta-alanine is one of the most popular supplements not just in the sport of bodybuilding but in a wide range of power and endurance sports. And rightly so; the supporting research on beta-alanine is overwhelmingly positive and exercise scientists’ are unanimous in their support of beta-alanine’s anaerobic exercise enhacing-capacity1. With regard to how beta-alanine works -it’s pretty simple really;

The beauty about beta-alanine is that muscle carnosine levels are highly responsive to its availability in the diet, even more so than creatine2. So unlike creatine, there are no special tricks with regard to loading.

The only major catch with beta-alanine is its flushing/tingling side-effects. The reason being that beta-alanine also stimulates certain nerve receptors that lye just below the surface of the skin. This typically results in an irritation of the skin and/or prickly sensation starting 10-20 minutes after taking beta-alanine and lasting up to an hour3. However, there are ways to modulate supplementation so as to minimize these common side-effects, which will be covered below.

Because of its popularity, there is an abundance of information on the net about beta-alanine and its link with carnosine. So rather than rehash a whole bunch of information about how carnosine levels are regulated in the body and the effects of gender, age, muscle fibre type and training status etc; highlighted below are the key facts needed to maximize the benefits of beta-alanine for training and competition.

1. Carnosine Levels Keep Going Up But Come Down Slowly

Supplementation with 10mg/kg bodyweight of beta-alanine or more generally leads to symptoms of flushing; described variously as an irritation of the skin and prickly sensation3. This is a common deterring factor for supplementation. Taking multiple doses of 400mg or 800mg of beta-alanine daily has been shown to be equally effective for raising muscle carnosine levels as single doses of multi-gram amounts, while at the same time minimising tingling side-effects8. In addition, new slow-release forms of beta-alanine are now available, which significantly minimise the common side-effect of flushing/tingling. 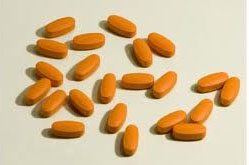 Informed readers may be aware that genetics play a large role in an individuals natural muscle levels of carnosine, with sprinters and power athletes displaying higher levels9 than endurance athletes. Power athletes have a higher proportion of type II muscle fibers, which are naturally higher in carnosine. Despite this however, studies suggest that power and endurance athletes benefit equally from beta-alanine supplementation. This is because muscle carnosine levels are primarily determined by the total amount of beta-alanine ingested as opposed to pre-supplemental muscle carnosine levels8.

4. High Muscle Carnosine Levels are Important for Success in Bodybuilding

A study of the carnosine content of the quadriceps muscle of 6 UK national-level competitive bodybuilders found that they contained the highest ever recorded levels in human muscle7. This dispels the notion that beta-alanine supplementation is not important for bodybuilding. Conversely, it would appear that success in bodybuilding requires high muscle carnosine levels; wherein beta-alanine supplementation plays a pivotal role.