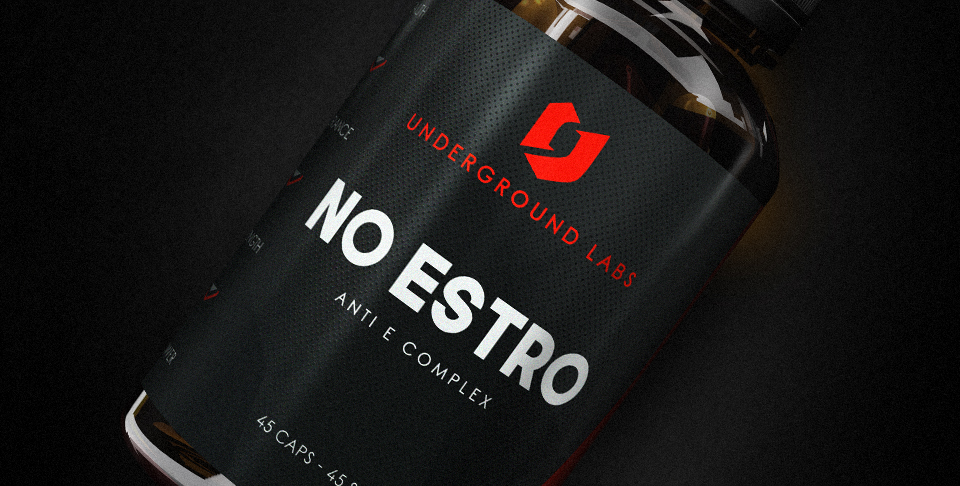 There are a few things most bodybuilders don’t like. Smallness, 5 guys standing around the one machine and taking 30 minutes to complete one set, excessive grunting, excessive hissing, people who noisily slams their weights down and people who decide to leave the entire gyms weight plate set ON the barbells or machines. And then there’s estrogen. While we all need some level of estrogen to function properly in day to day life, if you’re hoping to get serious muscle growth, having higher levels of estrogen is like playing football with a ping pong ball. Sure it can still be done, but it’s not going to be easy.

This article is quite comprehensive, so for those who don’t have a lot of time or just don’t like reading, here’s a quick summary for you:

For those more serious about their training and the science behind it, keep reading and find out what other ingredients might work for you.

Estrogen - The Low Down

Estrogen is the primary female sex hormone and is in its natural form, a steroid hormone. There are also synthetically made and naturally occurring estrogens which, while possessing some estrogenic activity do not have a steroid form such as plant sterols. There are three types of estrogen that naturally occur in the body; estrone (E1), estradiol (E2) and estriol (E3). Estradiol (E2) is considered the most potent of the three estrogens and is the one which exerts the greatest estrogenic activity. As mentioned previously, estrogen is required by both sexes for a variety of functions including for coagulation control and also affects cholesterol levels. However, the most important role for estrogen would be for its ability to promote female sexual characteristics including enlargement of breasts and changes in fat distribution and overall levels of fat. Due to its effects on the ratio of fat to lean muscle mass, estrogen is non conducive to promoting significant muscle growth or hypertrophy.

Estrogen can be produced in a variety of ways. For women, most of the estrogen produced arises from the ovaries. However, estrogen can also be produced by the liver, fat cells and the adrenal glands in both sexes. Another way estrogen is produced is through the action of aromatase also known as estrogen synthetase of estrogen synthase. This special enzyme in the body functions by transforming androgens such as testosterone into estrogens such as estradiol. Which means that if there is an overabundance of testosterone around, the aromatase enzyme favours the production of estradiol. As such, anyone who aims at increasing their testosterone levels, either through natural or unnatural means face a very real threat of also increasing their body levels of estradiol. It is this very reason that aromatase inhibitors are often used simultaneously to avoid this outcome.

Aromatase inhibitors are any synthetic or natural substance that helps to reduce the activity of aromatase; thereby reducing the extent at which testosterone is being converted to estradiol. Aromatase inhibitors are important in certain cancers such as breast and ovarian cancer due to the fact that increased levels of estrogen help the cancer cells to multiply. For men, aromatase inhibitors are often used to prevent or treat gynecomastia (man-boobs or bitch-tits), a common issue with massively increased testosterone levels or increased aromatase activity. Many clinical aromatase inhibitors exist including the famous Arimidex, Teslac and Lentaron, however, there have been several naturally occurring substances which have displayed anti-estrogenic activity, some of which affect the enzyme aromatase. Following are short descriptions of several ingredients which display anti-estrogenic activity:

Zinc, an important mineral is often touted for its ability to support healthy testosterone levels. Zinc is commonly found in conjunction with Magnesium and Vitamin B6 in the popular ZMA range of supplements and is implicated for boosting testosterone levels. While studies relating Zinc supplementation to increased testosterone levels aren’t conclusive, it is definite that having enough of the mineral is necessary to maintain natural testosterone levels in two ways. The first is through maintaining gonadal/teste activity as Zinc deficiency has been implicated in hypogonadism, a issue where the gonads or testes, an organ which is responsible for testosterone production, slows down. The second is through decreasing the activity of aromatase. Earlier animal studies1 were able to show that Zinc deficiency resulted in increased estradiol levels due to increased activity of the enzyme aromatase. There are currently no dosing recommendations for the use of Zinc as an aromatase inhibitor; however it is important to consume at least 14mg/day either in the form of food or supplements with no more than 40mg/day to be consumed per day.

A plant compound found in grape peels and grape seeds and produced by other plants in the presence of pathogenic threats such as bacteria or fungi, Resveratrol has been receiving plenty of interest in the sports science community in the last decade or so for its many potential ergogenic benefits. One of which is the inhibition of aromatase at both the enzyme level as well as the genetic level.2 Still other studies have been able to show an increase in testosterone concentrations with Resveratrol supplementation3, most likely through its aromatase inhibitory activity. Resveratrol has also been implicated for weight loss and for promoting nitric oxide production. In terms of dosing, 150mg/day has been shown to be effective with fat metabolism, with 2.5g per day eliciting side effects. At the current moment, there are no conclusive dosing recommendations for the use of Resveratrol as an anti-estrogenic ingredient.

Lignans are compounds found in plants such as Safflower and Flaxseed/Linseed which have been implicated for potential anti-estrogenic activity. There have been a large number of studies looking at the use of lignans for the treatment and possible prevention of breast, ovarian and endometrial cancers, all of which are affected by high levels of estrogenic activity. Lignans, when consumed in the diet transform to enterodiol and enterolactone, both of which can attach themselves onto estrogen receptors and display estrogenic activity however at very very weak levels. Not only that, it can compete with estrogen for those receptors which means an overall lowered estrogenic activity in the body. So Lignans, whilst perhaps not reducing levels of estrogen itself, can help lower the effects of estrogen. However, studies on Lignans potential weak estrogenic and even anti-estrogenic activity are still in its early stages and more finalised conclusions are yet to be made4. There is however stronger evidence for Lignan consumption in the form of Flaxseeds for helping with cardiovascular disease. At the moment, there are no current dosing recommendations for the use of Lignans as an anti-estrogenic compound, however 30-50g of Flaxseed have been shown to help with the reduction of LDL cholesterol.

Caffeic Acid Phenehtyl Ester (CAPE) is an organic compound which is commonly found in plants as well as being a component of propolis from bee hives. It has previously been shown to help with acute inflammation, but has recently been investigated for anti-carcinogenic properties. Indeed, one study was able to show that CAPE may be a potential selective estrogen receptor modulator or SERM5. SERM’s are particular compounds which are often used to treat a variety of cancers which are dependent on high estrogen levels. They are used as they are ‘selective’ to the cancerous tissue, but will not affect other important estrogen receptors, such as those required for bone growth. Currently, there are no dosing recommendations or conclusive studies on CAPE and anti-estrogenic activity.

Pterostilbene is an organic compound similar to resveratrol found in blueberries which has been said to provide a higher bioavailability of the compound resveratrol due to its chemical structure. Pterostilbene has been investigated quite heavily in recent years for its use in a wide variety or applications including helping with cholesterol levels, diabetes and even cancer. Specifically, one study6 has been able to show that it enhances the work of Tamoxifen, a selective estrogen receptor modulator (SERM). However, there is no evidence to suggest that Pterostilbene has any effects on the levels or activity of estrogen.

Ellagic acid is an antioxidant found in many fruits and vegetables including pomegranates, blackberries, cranberries, pecans and walnuts. Ellagic acid can also be easily transformed into another antioxidant known as Ellagitannins. Very few studies have been done with both these two compounds, however, beginning evidence shows that they might display antiviral and blood pressure lowering capacity. Adams et al (2010)7 studied the effect of pomegranate Ellagitannins on breast cancers cells in vitro (in the lab) and found that perhaps they possess some antiaromatase activity. This was due mostly to the compound Urolithin, which arises from the digestion of Ellagitannins. There are currently no dosage recommendations for Ellagitannins and no conclusive results for the use of Ellagic Acid or Ellagitannins and antiaromatase activity.

Ursolic Acid is a organic compound found commonly in basil, cranberries, rosemary, thyme and in high concentrations in apple peels. Kunkel et al (2011)8 found that Ursolic Acid may help prevent muscle mass loss and help to improve muscle mass gain by enhancing muscle insulin/IGF-1 signalling. Performed in mice, the study also found that Ursolic Acid supplementation was able to reduce fat mass and fasting blood glucose levels. Ursolic Acid derived from the Yerba Mate plant was also studied in 2008 by Gnoatto et al9 and found to have light aromatase inhibitory activity. The current studies on Ursolic Acid are promising, for both its potential to act as an aromatase inhibitor as well as for its anabolic properties, however it is still too early to provide any dosing recommendations.

Red Clover is a wild plant which has been used in traditionally for a wide variety of applications including for inflammation and respiratory issues. It is also a common ingredient used in natural benign prostastic hyperplasia (BPH) supplements. Red Clover also includes a chemical compound known as Biochanin A, which has been shown to offer some aromatase inhibitory activity10. Interestingly, Biochanin A can also easily transform into another compound known as Genistein. Several foods containing Biochanin A also contain Genistein. Genistein, another natural compound actually can increase the growth of breast cancer cells11. Being an isoflavone, Genistein can also act similar to estrogen. So while Biochanin A can be an aromatase inhibitor, if Biochanin A transforms to Genistein, there could be issues with higher estrogenic activity. Future research will help to conclusively say whether or not Red Clover should be used in anti-estrogenic formulas.

Alpha-Naphthoflavone is a synthetic compound which has been shown in earlier studies to have strong aromatase inhibitory activity12,13. However, a lack of human studies since then has meant no real dosing recommendations are available.

The common mushroom or the white button mushroom is one of the most widely available mushrooms around. It’s the one that you see regularly see at your local supermarkets. Earlier studies have been able to show that extracts from these mushrooms may offer strong aromatase inhibitory activity14,15. However, as with many ingredients, the lack of research since then has meant that no conclusive dosing recommendations are available. 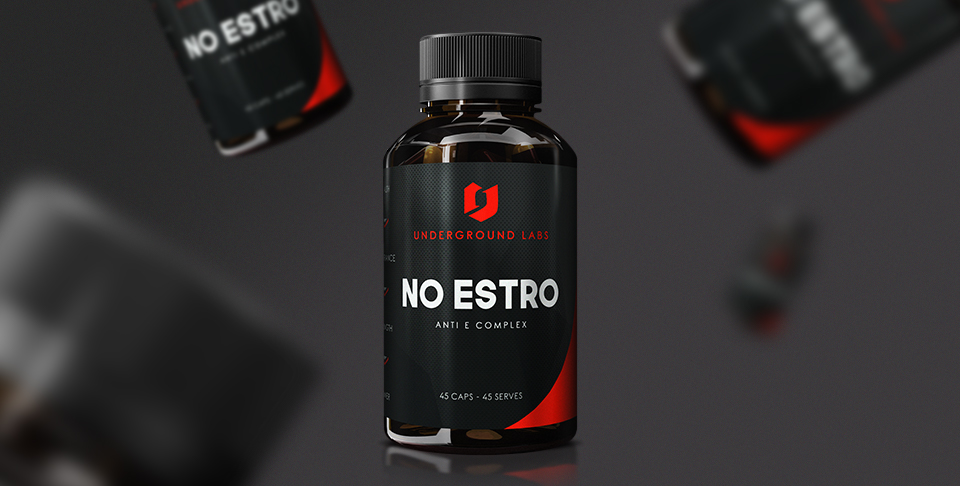 No End to Ingredients

Aromatase Inhibitors for You

Estrogen is a hormone which is absolutely essential for optimum body function. However, having high levels can often mean taking the scenic route to larger muscles and greater lean mass. If you’re taking testosterone boosting supplements or if you want to make the most out of your testosterone levels, perhaps using a natural aromatase inhibitor or anti-estrogen supplement; a supplement which decreases the transformation of testosterone to estrogen is something to definitely consider. If so, here are the top ingredients you want to see in your aromatase inhibiting supplement: