7-Keto is widely used as a weight loss supplement. This thermogenic compound is included in a number of fat loss formulations and is also sold as a stand alone product. It has attracted a lot of interest due to its ability to speed up the metabolism without the effects on the nervous and cardiovascular systems that many stimulant based metabolic enhancers exert.

7-Keto is short for 7-keto DHEA. DHEA, or dehydroepiandrosterone is an androgenic hormone produced in the human body which is a precursor to both testosterone and oestrogen. 7-Keto is a breakdown product of DHEA, and it is produced by the body naturally through enzymatic conversion, in very small amounts, declining with age. In spite of the relationship 7-keto has with androgen precursor DHEA, it is incapable of converting into this steroid molecule, and does not possess any overt androgenic effects, yet it retains the positive metabolic effects of parent molecule DHEA.

A large part of the popularity and utility of 7-keto is its lack of stimulatory and hormonal side effects. While 7-keto is generally regarded as safe and side effects are rarely reported, some people do experience changes while using this supplement.

Research has shown that 7-keto increases the levels of thyroid stimulating hormone, which in turn increases thyroid hormone levels (1). It is believed that part of the metabolic effect of 7-keto can be attributed to this increase, as the thyroid exerts a massive influence on the body's overall metabolic rate. While regulation of thyroid hormone within the body is a very complex process, some people may experience amplified effects stemming from an increase in thyroid hormone. These may include sweating, insomnia, increased blood pressure and heart rate, or mood changes, like an increase in anxiety or irritability. It is important to note that these side effects are very rarely seen.

People with pre-existing thyroid disease are strongly advised to seek medical advice before supplementing their diet with 7-keto.

There is a lack of research into the long-term effects of 7-keto supplementation. Some concern has been raised about the long term effects of 7-keto use and increased thyroid hormone levels on the health of the bones, as high levels of thyroid hormone can alter the metabolism of calcium. There is no evidence that 7-keto supplementation causes bone changes, but anyone with concerns should consult a doctor before using this supplement. 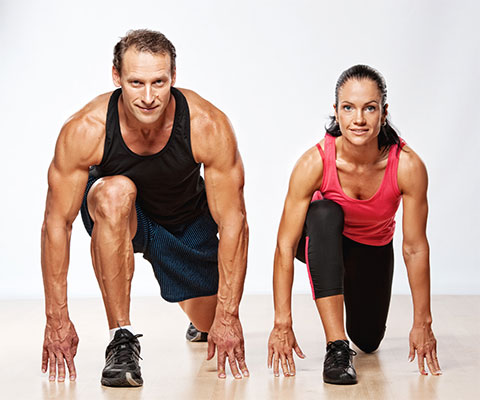 Due to similarity in structure, it is thought that 7-keto may interfere with the metabolism of other steroids. There has been research showing that high levels of 7-keto can inhibit the reaction that converts cortisone into the hormone cortisol. This has been shown to go both ways, and cortisol can also interfere with the reaction that converts DHEA produced within the body into 7-keto DHEA (2). It is uncertain what the effect of this is, but people who use cortisone-based medication should seek medical advice before using 7-keto.

Confusion between 7-keto DHEA, which is non-hormonal, and DHEA, which is the hormonal precursor of androgen hormones like testosterone and oestrogen is extremely common. It is not unusual to see the hormonal side effects of DHEA supplementation misattributed to 7-Keto. 7-Keto is not effective as a testosterone booster or male enhancer, nor will it cause feminisation, gyno, or hair loss. By the same token, 7-keto will not cause body hair, deepened voice, or male characteristics in women.

That said, 7-Keto is a steroid molecule, and as such, WADA has declared it a prohibited anabolic substance for the purpose of sporting competition (3).

It is important to remember that supplements can effect diferent people in unique ways, and even a product like 7-keto that has forged a reputation on its safety may have unexpected side effects. People with any underlying illness or concerns are urged to consult their doctor before commencing use of 7-keto.