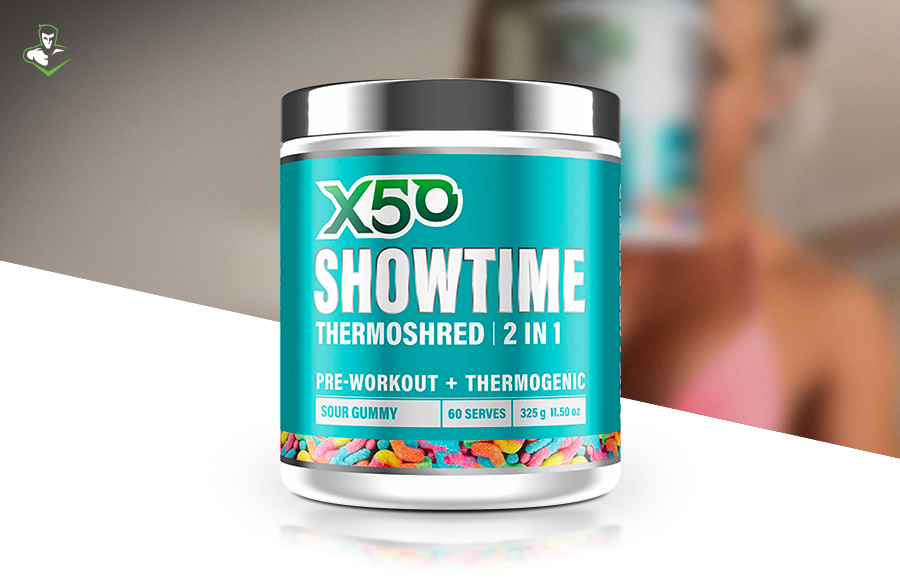 X50 Showtime flavours are nothing short of sensational and come in Grape, Guava Passion, Tangy Lemon, Strawberry Kiwi, Raspberry, Rainbow Gummy & Pineapple Mango. As for which is the best flavour? Well, whilst they are all fantastic Mr Supplement customer favourites are Tangy Lemon & Grape.

With 200mg of caffeine anhydrous per serve of X50 Showtime it would be classed as a mid strength pre workout & fat burner. However with the inclusion of various other stimulants including Green Tea, Green Coffee & Synephrine HCL, the caffeine content doesn't reflect the strength of X50 Showtime. As such the initial rating of mid strength would be better classified as high strength.