What is Vitamin D?

Traditionally, vitamin D is known for its importance in bone health and calcium and phosphorus metabolism. However, some recent finding that has been of interest to the bodybuilding community is the effect of vitamin D on testosterone production and muscle strength. It's not often that a simple vitamin can be responsible for such effects, but strictly speaking, vitamin D is not really a vitamin. Rather, in the chemical sense, it is actually a steroid and is often considered among experts as a hormone precursor. The concentrations of the vitamin D metabolite (25-hydroxy-vitamin D) in the blood of people, has been linked to a range of physiological effects.

Where Does Vitamin D Come From?

Vitamin D is obtained primarily through the exposure of skin to direct sunlight, but it can also be found in the diet (to a degree), present in oily fish, egg yolk, fortified foods and supplements. Sun exposure is the simplest way to get vitamin D. In this author's opinion, sun exposure is not detrimental, as long as it is low to moderate, which is generally enough for most people. However, it is understandable that with concerns over skin cancer and our modern lifestyles, people are starting to shift towards a diet focused source of vitamin D.

Australia is known for its sunny climate and beach culture. So you would think that vitamin D deficiency would be quite uncommon here. However, in 2001, it was estimated that almost a quarter of the Australian population was vitamin D deficient (McGrath et al., 2001). This is a result of the predominantly indoor lifestyle of the modern Australian. If you consider your typical day, this is not really surprising. Chances are, you go to work early in the morning, stay indoors for eight hours while the sun is out, go work out in a gym, then go home to surf the internet for articles on bodybuilding. It's actually quite interesting that some of the countries with the highest vitamin D status are actually the countries with the least sun (eg. Norway). This is because the Norwegians are aware of the health risks associated with vitamin D deficiency, as well as the benefits of high vitamin D status. Consequently, despite the lack of sunshine, they are able to maintain high levels of vitamin D through the use of supplements.

Good vitamin D levels have been associated with increased muscle strength in the elderly, leading to a stronger stance and balance (Bischoff-Ferrari et al., 2004). Perhaps this is because the end product of vitamin D metabolism (1,25-dihydroxy-vitamin D) may increase muscle strength through its action on muscle cell protein synthesis and cell growth (Bischoff-Ferrari, 2006). Another study found that people with lower vitamin D levels tend to have higher levels (up to 20%) of muscle fat (Gilsanz et al, 2010). No doubt, higher amounts of fat in your muscle means that there's less actual muscle tissue. It is therefore expected that muscle strength will decrease with increased muscle fat. In the same study, the authors also reported that subjects with low levels of vitamin D also had higher levels of subcutaneous (under skill) fat and abdominal fat. This suggests that if you want to look really shredded, it would be in your best interest to make sure your vitamin D levels are topped up.

Some noteworthy studies observed that blood 25-hydroxy-vitamin D levels were associated with increased levels of testosterone and decreased levels of oestrogen in men (Nimptsch et al, 2012; Lee et al, 2011). This is supported by trials which show that supplementing men with 83 µg vitamin D for a year resulted in a significant increase of testosterone compared to those receiving a placebo (Pilz et al, 2011). We all know that testosterone has an anabolic effect that is very desirable among bodybuilders. Not only that, but any improvements to muscle strength would greatly benefit the training and muscle building process. Being able to boost testosterone and block oestrogen through an over the counter supplement, or even from standing in the sun has huge implications to the bodybuilding community.

Not only is testosterone anabolic, but it is also responsible for many male characteristics and fertility. Increases in vitamin D status are also linked to increases in male fertility, no doubt as a direct result of its effect on testosterone. Despite these androgenic effects, female fertility also appears to benefit from increased vitamin D status (Lerchbaum & Obermayer-Pietsch, 2012).

Being mildly deficient in vitamin D means that you may not be able to benefit from the above qualities. However, severe deficiencies over a long period of time is associated with major health risks. These include bone and muscle pain and skeletal weakness and malformations. Vitamin D deficiency is also a risk factor of osteoporosis which leads to bone fragility and breaks.

Risk factors for deficiency include:

If you suspect that you may be at risk of vitamin D deficiency consult your doctor. Your vitamin D status may be easily determined through a blood test, and your doctor or dietician can then recommend whether you need  to be supplemented. 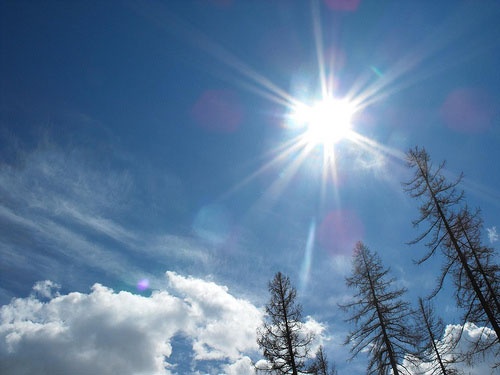 Vitamin D Safety and Side Effects

Much like sun exposure, moderation is the key. Excess vitamin D can cause calcification of soft tissues, which is a good way to ensure a trip to the hospital. Although vitamin D toxicity is rare, and only happens in extreme cases, it is wise not to exceed the recommended doses according to the label, especially not for extended periods of time. As a result of the close ties between vitamin D and calcium, it's easy to see the overlap in effects between these two substances. Check out our article on calcium for more information.

Stand-alone vitamin D supplements are easy to find, but quite a few multivitamins and the more complex mixtures also tend to be fortified with vitamin D. Some manufacturers fortify their protein powders with vitamin D. This may be quite helpful considering the potential anabolic effects of vitamin D, and the purpose of protein powders. The concentration of vitamin D in non-vitamin D specific mixtures tend to be a fair bit lower than vitamin D specific tablets. Looking at some popular brands, the highest that I am aware of is 680 IU (or 17 µg) per serve. However, most are much lower than this (200 to 400 IU). In which case, such supplements are recommended for maintaining and not increasing vitamin D levels. If you are deficient, it may be worthwhile to look into a vitamin D specific supplement, which may contain around 1000 IU. These concentrations have been reported to be sufficient for those suffering from low vitamin D levels (Glerup et al., 2000).

Vitamin D can be effectively stacked with calcium, protein powders, and creatine for increasing strength. It can also be stacked with testosterone supplements such as tribulus.