Pterostilbene is a compound that is related to resveratrol, though containing two additional methyl groups. It is thought that pterostilbene has a range of benefits including reducing blood lipids and cholesterol, improving insulin sensitivity, and helping to boost cognition and mental function.

Where Does Pterostilbene Come From?

Pterostilbene naturally occurs in grapes, blueberries, and Vijayasar (or the Indian Kino Tree). However, unlike resveratrol, it is not found in red wine (Adrian et al, 2000), possibly because the compound isn’t stable during the wine making process.

Most of pterostilbene’s benefits are related to overall health. However some may have benefits that translate well into bodybuilding.

An Indian trial using human subjects suffering from diabetes mellitus showed that 12 weeks of supplementation with the Pterostilbene containing Vijayasar was effective in significantly reducing blood glucose levels (ICMR, 1998). Similar results were observed in animal trials (Rimando et al, 2005). As such, it is possible that Pterostilbene may have actions similar to that of the common anti-diabetic drug, metformin (Pari & Satheesh, 2006), which has actions including increasing insulin sensitivity and glucose absorption by body tissues.

In the context of bodybuilding and sports nutrition, pterostilbene can therefore be used as an insulin driver, to help shuttle nutrients such as carbohydrates, amino acids, and even creatine into cells. This process can help fuel the body in times when nutrients are needed rapidly, such as during intense training. In turn, trainers may experience improved performance and recovery.

Animal studies with pterostilbene have shown promising results. When hamsters suffering from high cholesterol were fed pterostilbene, they experienced a 29% reduction of bad LDL cholesterol, and a 7% increase in good HDL cholesterol compared to the control group. The researchers go on to say that its effects may even be more pronounced than that of resveratrol (Rimando et al, 2005).

There has been a rodent study looking at the effect of pterostilbene on cognition. When aged rats were fed doses of pterostilbene, they experienced improvements in learning and memory (Joseph et al, 2008). This may assist in improving muscle mind connections, especially with older trainers.

In the human study, no adverse effects of side effects were observed ICMR (1998). When mice were fed huge amounts, up to 3,000 mg/kg body weight per day, no significant toxicity was observed (Ruiz et al, 2009). As such, pterostilbene when taken at recommended doses does show a good safety record. However, anecdotal evidence suggests that high doses may cause low blood sugar. This is not unfeasible, considering the compound’s insulin-driving properties. It should be noted that if you do suffer from diabetes or other serious health issues, you should consult a health care professional before consuming with pterostilbene or other supplements. 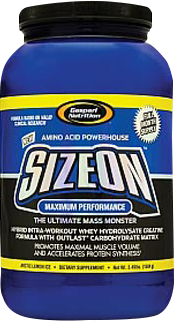 Dosing for pterostilbene is variable depending on body weight and what you hope to achieve. Doses ranging from 50 mg to 125 mg taken twice per day have been used in studies. Given the insulin-driving nature of the compound, it can be taken before or during training together with other nutrients such as carbs, protein, and/or creatine.

Pterostilbene is not often available as a single ingredient for bodybuilding and sports nutrition applications. Instead, it can be found in pre workouts, particularly those containing nutrients, carbohydrate supplements, and intra workout supplements such as Gaspari SizeOn.

To take advantage of benefits of perostilbene’s insulin-driving properties, it can be combined with protein, carbohydrates, creatine, L-carnitine or any other ingredient that is insulin dependent.