What is Ornithine Alpha-Ketoglutarate (OKG)?

Where Does OKG Come From?

OKG is not a naturally occuring amino acid in the human body and it is not found in food, but rather must be chemically synthesised. 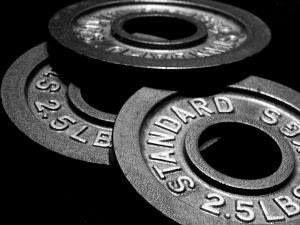 OKG has very strong anabolic properties, which is why it has mainly been studied as a nutritional and immunological aid in chronically and acutely malnourished patients3. Examples of patients and conditions in which OKG has been shown to help include burn, trauma, postoperative, cancer and sarcopenia1-3. In each of these situations, OKG has been shown to decrease muscle protein breakdown associated with the injury or trauma.

Numerous studies have also shown that ornithine acts as a precursor to the amino acids: glutamine, arginine, proline as well as a class of compopunds called polyamines, which play a crucial role in cell growth and development4-6. OKG is also an effective precursor of nitric oxide1. By increasing arginine levels, OKG has been shown to act as an ammonia scavenger2. Lastly, OKG has been shown to stimulate the release of insulin, growth hormone and IGF-17-9. Unfortunately, there have not been any studies in athletes or bodybuilders with regard to OKG's anabolic properties. However, certain noted sports nutrition authors (eg. Dr Michael Colgan) have heavily endorsed the regular use of OKG to optimise anabolism in athletes10.

There are no known negative side effects or toxicity of OKG.

In clinical studies with burn, trauma and post-operative patients, OKG has typically been used in doses ranging between 10 and 20g2. However, animals models have used doses up 5g/kg bodyweight2. OKG has been used orally, enterally and parentally2. Because OKG has been shown to increase insulin secretion, it is best to take OKG with food after exercise, so as to maximise, glycogen storage and protein synthesis. OKG's action as an ammonia scavenger also warrants ingesting it at the same time as protein, which is the major dietary source of ammonia.

OKG is found in a range of supplements targeted at maximising anabolism and nitric oxide levels.

OKG has been available as a food supplement for over 20 years. It has a long history of safe and effective use in a range of patients and individuals.