What is Betaine? (also known as Trimethylglycine)

Betaine, also known as trimethylglycine is an important naturally occurring amino acid in the body that has a variety of functions. It is most well-known for its function as an osmolyte1 (i.e. protecting cells against dehydration). However, it also acts as an antioxidant2, a regulator of homocysteine levels3 (marker of cardiovascular disease) and a protector of vascular function4. However, in recent times, betaine has received additional attention in regards to it role in creatine synthesis and regulation of nitric oxide levels5.

Where Does Betaine Come From?

Betaine is typically produced from sugar beet, but occurs widely in a range animal and plant food. Major dietary sources include seafood, wheat germ and spinach6.

There have been a number of studies conducted to determine the effects of betaine supplementation on measures of strength and power, with some conflicting results. One of the issues with these series of studies is the lack of consistency in study design. Studies have differed in their experimental design and measures as well as the dose of betaine. 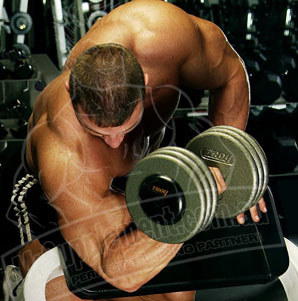 Of the studies conducted in resistance-trained subjects, one found that 2.5g for 14 days lead to a moderate increase in total repetitions and volume load in the bench press exercise7. Another similar study found 2.5g for 14 days resulted in an increase in power and force in the vertical jump and squat respectively8. Yet another study found two-weeks of betaine supplementation at 2.5g per day in active, college males appeared to improve muscle endurance of the squat exercise, and increase the quality of repetitions performed9. Lastly, a study in active, college-aged men found 15 days of betaine supplementation (at 2.5g/day) did not increase peak concentric or eccentric force outputs during an isokinetic chest press but did appear to reduce subjective measures of fatigue to the exercise protocol10.

Negative Side Effects of Betaine

There are over 10 studies where betaine has been given orally to a range of human subjects, however; no study has reported any significant negative side-effects.

A number of studies have used a daily dose of 2.5g of betaine, while others have used up to 6g. However, most supplements that feature betaine as one of the key ingredients usually include it at a dose of `1.25g or 2.5g per dose.

As stated above, betaine most commonly features in pre-workout supplements. For this reason, it is often unnecessary to stack betaine with another supplement, as it normally comes pre-mixed with other key pre-workout ingredients.

As a natural and widely available constituent in animal and plant food, betaine is considered a safe dietary supplement.