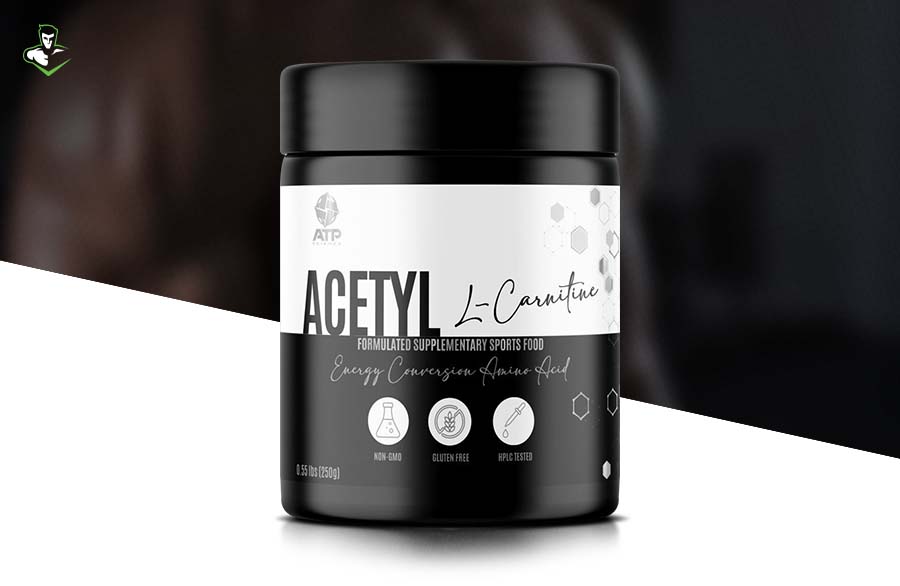 ATP Science Acetyl-L-Carnitine is an amino acid that has been around for donkey’s years and its efficacy studied immensely. The Acetyl component of this improves the ability to cross the blood brain barrier, improve dopamine and by improving dopamine – it improves other areas such as cognition, learning, attention, memory, desire, pleasure, punishment, reward, motivation, sleep, mood, behaviour, and voluntary movement. It also upregulates the oxidation of fatty acids for the purpose of burning fat and this is done via the Mitochondrial carnitine palmitoyltransferase 1 (CPT1) Pathway. Consuming Acetyl L-Carnitine upregulates the rate limiting fat burning step meaning that you can burn more fat when you exercise.

A large body of scientific evidence points to the positive effects of dietary supplementation of Acetyl L-Carnitine (Acetyl L-Carnitine). Acetyl L-Carnitine is the principal acetyl ester of L-Carnitine (LC), and it plays an essential role in intermediary metabolism, acting as a donor of acetyl groups and facilitating the transfer of fatty acids from cytosol to mitochondria during beta-oxidation. This means it will help you burn fat.

Fat exhibits a relatively low maximal rate of oxidation in vivo, which begins to decline at around 65% of VO2max when muscle glycogen becomes the major fuel. It is thought that if the rate of fat oxidation during endurance exercise could be augmented, then muscle glycogen depletion could be delayed and endurance improved. Mitochondrial carnitine palmitoyltransferase 1 (CPT1) is thought to be the rate-limiting step in skeletal muscle fat oxidation, but there are several other potential control points that could influence the decline in the rate of fat oxidation during intense endurance exercise including: (1) regulation of lipolysis within adipose tissue; (2) delivery of free fatty acids from adipose tissue to skeletal muscle; (3) transport of fatty acids across the muscle cell membrane and within the cell cytosol; and (4) intramitochondrial enzymatic reactions distal to CPT1.2  Consuming Acetyl L-Carnitine upregulates the rate limiting fat burning step meaning that you can burn more fat when you exercise.

Boosting Dopamine in the Brain

Dopamine in the brain is a good thing for focus and drive when you are training. Boosting the brain’s dopamine before hitting the gym is a goal of lots of pre-workout powders. The great thing is that Acetyl L-Carnitineachieves this goal3, while also have the wonderful ‘side effect’ of promoting fat burning. Dopamine is a hormone that governs much of our brain activity. Dopamine is associated with many neurological functions: cognition, learning, attention, memory, desire, pleasure, punishment, reward, motivation, sleep, mood, behaviour, and voluntary movement. It is no wonder that Acetyl L-Carnitine is a ‘must take’ supplement for the serious trainer.

Studies on the Benefits of Acetyl-L-Carnitine

In mammals, during the aging process, an atrophy of the muscle fibres, an increase in body fat mass, and a decrease in skeletal muscle oxidative capacities occur. Compounds and activities that interact with lipid oxidative metabolism may be useful in limiting damages that occur in aging muscle. In one study, they evaluated the effect of L-carnitine and physical exercise on several parameters related to muscle physiology. They supplemented old rats with L-carnitine for 12 weeks (a) allowed the restoration of L-carnitine level in muscle cells, (b) restored muscle oxidative activity in the muscles, and (c) induced positive changes in body composition: a decrease in abdominal fat mass and an increase in muscle capabilities without any change in food intake.4

Why Should I take ATP Science Acetyl-L-Carnitine?