Phenylethylamine or PEA is a naturally occurring alkaloids that has functions as a neuromodulator or neurotransmitter. It has potential benefits as a stimulant, and as a way to elevate mood and to promote feelings of well-being.

Where Does Phenylethylamine Come From?

Phenylethylamine can be biologically synthesised by the amino acid phenylalanine. This can in turn be found in many foods such as meat, fish, eggs, milk, nuts, and pulses.

The claims for Phenylethylamine are based on the fact that it has amphetamine-like effects in its ability to release noradrenalin (Parker & Cubeddu, 1988) and dopamine (Paterson, 1993). Dopamine is a hormone that has a role in feelings of wellness, while noradrenalin is a stimulant hormone that increases heart rate, blood pressure, and blood flow. Increases in such hormones have the two fold effect of improving mood, as well as improving exercise performance through increased blood delivery. It has been shown that levels of phenylethylamine in the body increases as a result of exercise and has been hypothesised that it may be one of the compounds responsible for the psychologically positive effects of exercise (Szabo et al, 2001). Therefore, increasing levels of phenylethylamine through supplementation may be beneficial. 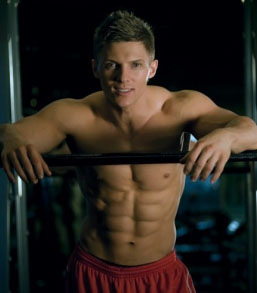 One potential downside to phenylethylamine is that it is rapidly metabolised once consumed. The compound has a half-life of only 5 to 10 minutes (Shannon et al, 1982) so very little actually reaches the brain. However, when it is used in conjunction with drugs that block its destruction, it has been found to be highly effective in mood elevation (Sabelli et al, 1996). Side effects of phenylethylamine have been reported in small groups of people. These include headache and dizziness (Luthy & Schlatter, 1983). Much like with phenylalanine, individuals suffering from PKU may need to limit their intake of phenylethylamine.

It is difficult to establish a recommended dosage for phenylethylamine considering its rapid destruction within the body. As an unmetabolised molecule, doses of 10 mg and upwards/day has been found to be effective (Sabelli et al, 1996). Phenylethylamine can be consumed immediately pre workout or throughout the day for mood elevation purposes.

Phenylethylamine can be stacked well with any pre workout ingredient and fat loss ingredient.