Hordenine (N,N-dimethyl-4-hydroxyphenylethylamine) is a naturally occurring alkaloid which has a stimulant effect. For this reason, it is an ingredient that has potential for use to increase workout intensity and as a thermogenic for fat loss.

Where Does Hordenine Come From?

Hordenine can be extracted from the roots of sprouting barley (Hordeum vulgare) seeds. It can also be found in bitter orange (Citrus aurantium) and plants belonging to the Cactaceae and Acasia families

Hordenine has an adrenalin-like effect by its ability to release noradrenalin from stores. This causes an increase in heart rate, blood pressure, and blood flow (Hapke & Strathmann, 1995).

Because of the stimulatory effects of hordenine, it has been included as a bodybuilding supplement. It has been said that although hordenine was an effective stimulant, its effects appeared to be short lived in race horses, lasting only 30 minutes (Frank et al, 1990). Thankfully, this does not appear to be the case in humans, as studies have shown that when a supplement containing hordenine was given to trained men, it caused a significant increase in noradrenaline levels, reaching a peak at 90 minutes after ingestion (Bloomer et al, 2009a). This implies a role of hordenine in boosting exercise performance.

Because hordenine has a stimulatory effect, it may also be an effective thermogenic to increase metabolism and hence fat loss. A study has shown that when given a supplement containing hordenine, caused a significant increase in energy usage and fat burn compared to placebo (Bloomer et al, 2009b). 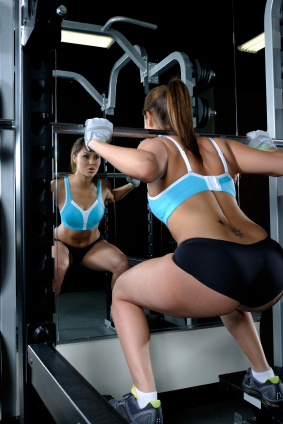 Because of the stimulatory effects of hordenine, it is not recommended for those suffering from heart conditions or other medical conditions. Please consult your health care professional if you have any doubts.

Unfortunately very little research has been carried out on this compound individually. It is therefore difficult to give details about its safety. However, given that Citrus aurantium has been studied in more detail, and its safety is better documented, it can be assumed that hordenine is safe when taken by healthy people and at recommended doses.

The amount of hordenine included in the above studies is 20 mg. At this dose, the hordenine was an effective stimulant. As a performance booster, hodenine can be taken around 30 minutes to an hour before a workout. As a fat burner, hordenine can be taken first thing in the morning, and again six hours later.

Hordenine can be found in some pre workout supplements, as well as some fat burners. Very rarely does hordenine come as a stand-alone supplement.

Depending on the purpose, hordenine can be stacked with a variety of other ingredients. As a stimulant it can be combined with caffeine. It can also be stacked with fat metaboilsers such as L-carnitine and carb blockers such as white kidney bean.