Theanine, L-Theanine or gamma-glutamylethylamide is a non-protein amino acid which is similar in structure to glutamine; the most abundant amino acid in our bodies. Originally extracted from green tea leaves, Theanine has been researched for its potential calming and sedative properties.

Where Does L-Theanine Come From?

L-Theanine is an interesting amino acid in that it is not found in high concentrations in many products. Besides the Bay Bolete, a native mushroom of North America and the Guyusa plant in South America, it is mostly found and extracted from most species of green tea and other plants in the Camellia species. The level of Theanine in green tea plants is especially high, usually often making up 50% of all available amino acids with about 10-30g available per kilogram of dry leaf. Theanine levels differ among plants for a variety of reasons including time of harvest, level of sunlight during growth as well as cultivation practices. Available now in many ‘functional beverages’ including Vitamin Water and even Gatorade, L-Theanine has become a highly sought after ingredient.

With several years of research backing Theanine, there still needs to be larger and longer term human studies to conclusively examine the benefits of L-Theanine. However, at the moment, there have been studies examining the use of L-Theanine as a relaxing agent, for the improvement of learning ability, for cancer prevention and also the prevention of vascular and blood vessel diseases. However, it’s interesting to note that many of the doses used in studies have been in the vicinity of 50-200mg, equivalent to 3-15 cups of green tea per day. Most beverage companies have looked at Theanine’s positive effects on cognition and brain processes and have touted it to be a key ingredient in helping with mental focus and concentration due to its unique ability to cross the blood-brain barrier. 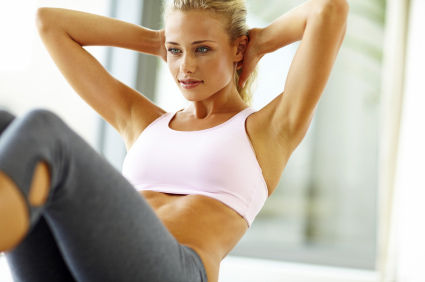 There haven’t been any evidence as yet for Theanine offering ergogenic benefits, however it may be able to help promote better sports and bodybuilding performance over time in an indirect manner. A few studies have been performed looking at the joint supplementation of Theanine with Cysteine and found that together, they are able to help improve immune function in endurance athletes. Studies done on mice have also been able to show that it may help with weight loss, especially when combined with caffeine.

Few studies have been conducted on adverse side effects of prolonged L-Theanine use. One animal study in 2006 was able to show no significant negative effects of high levels of Theanine supplementation on behaviour, morbidity, mortality, body weight, food consumption, clinical chemistry, hematology (blood results) or urinalysis (urine results). The highest dose used was 4000mg/kg of bodyweight. No human toxicity trials have been done, however the United States Food and Drug Administration recommends no more than 1200mg of Theanine to be consumed per day. If people were to consume high amounts of L-Theanine through consumption of tea or in other functional beverages containing caffeine, they may experience negative side effects of excess caffeine consumption including gastrointestinal issues.

In line with the studies, the recommended dose of L-Theanine to provide the aforementioned benefits is 50-200mg. Depending on the person, maximal blood concentration of L-Theanine occurs at around 30minutes-2 hours, therefore to make the most of the cognitive benefits of L-Theanine, it is best to consume Theanine approximately 30 minutes to 1 hour prior to task performance.

The most common source of Theanine in terms of nutritional supplements is through an amino acid based supplement. There are some companies producing pure L-Theanine offering daily doses of 200mg. L-Theanine can also be found in mental focus and concentration supplements.

Theanine can be stacked with Caffeine and Cysteine to boost its potential, however, if you were obtaining Theanine from mainly tea or other functional beverages containing caffeine, it may be best to avoid further use of stimulants and caffeine containing supplements.