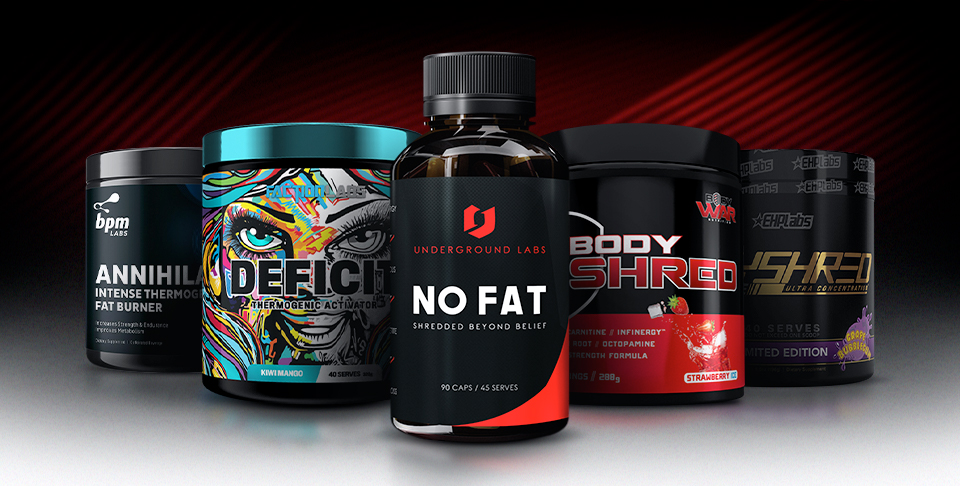 We are exactly half way through this year, and winter is here. But this year is different to previous years. When winter usually comes around, we are happy to chuck on a one-size-too-big hoodie, start eating those comfort calories and claim "it's bulking season." However this year, bulking season came early with many of us in isolation. Add that to the fact gyms have been closed, and it wasn't exactly the kind of bulking we had been hoping for. It is safe to say that many of us probably put on a few extra kilos, and it is probably also safe to say that those kilos weren't exactly Dwayne Johnson like Rock hard muscle. So, let's not muck around. Let's get those kilos off quick-smart so, lets review the strongest and most effective fat burners this year so far. 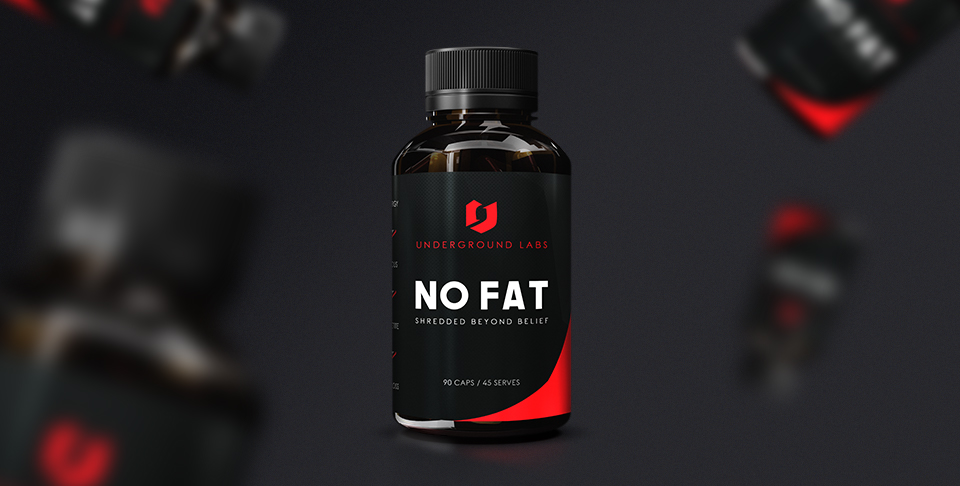 Let's start with the big dog. Underground Labs No Fat is a convenient capsule based burner super-packed with stimulants. These stimulants act to not only give us energy, focus and mood enhancement (who doesn't need that during a diet?) but they also act to raise our metabolism.

A raised metabolism is important during calorie cutting, since the body naturally goes into survival mode when it senses it is getting less calories than normal, so it naturally slows down our metabolism. By raising our metabolism, we essentially allow our body to burn more calories, allowing for a greater deficit by the end of the day.

The stimulants used in a full serve of No Fat are 300mg of caffeine, 25mg of Teacrine® and 25mg of Dynamine™, which are both more potent, longer lasting forms of caffeine allowing for a full day energy boost with little to no crash.

Outside of stimulants, No Fat includes two effective thermogenics, Cayene Pepper and Black Pepper Extract, the latter of which also aids in uptake and absobtion of all other ingredients. When the body is in thermogenisis, our core temperature is higher meaning for an even greater calorie burn.

Furthermore, it includes 25mcg of chromium which acts to regulate your blood sugar levels surpressing both appetite and cravings.

Underground Labs No Fat is an extremely potent burner, and is best taken by first-timers as a single cap serving to test the waters. It is perfect for those who aren't playing around when it comes to dropping a few as fast and as effectively as possible. 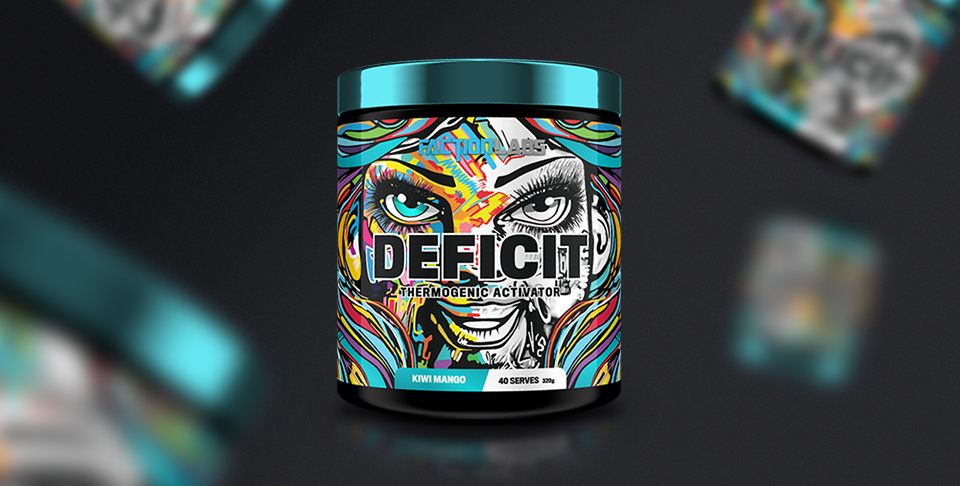 If you're a fan of powerful pre-workouts, you would quickly recognise this brand. The maker's of the ultra high-stim Disorder entereed the fat burner market with easily some of the best tasting flavours of a powder form fat burner to date. Although that is worth mentioning, I'll put that aside, as we aren't here to talk about things that taste good.

Now this is an extremely complex formula, so I'm not going to bore you with breaking down each individual ingredient.

For stimulants, it used 250mg of caffeine anhydrous along with green tea, green coffee and guarana extracts, making it difficult to tell the exact amount of caffeine. They also include the amino acid l-theanine, which has been shown to reduce any shakey effects caused by those with lower caffeine tolerences.

Along with its stimulants, it has a host of nootropic specific ingredients. Nootropics aid in focus and overall brain cognition which come of great importance in a calorie deficit (no pun intended.)

For first time users, be sure to be near a toilet, as the Dandelion Root helps the body drop any unwanted retained water weight.

Finally, Deficit uses a combination of powerful thermogenic ingredients (including Grains of Paradise) to make one of the most powerful burners on the market. You are sure to be sweating up a storm within an hour of taking it. If you’re a serious trainer wanting to take it up a notch, you can’t go wrong with Body War Nutrition supplements. One of their market leading products include their strong fat burner Body War Body Shred.

Despite their transformation in ingredients Body War Body Shred is still one of the strongest fat burners around. With anywhere between 250-300mg of stimulants, Body Shred offers a transparent formula that offers long lasting, crash free energy as well as improved metabolism. The formula also easily doubles as a pre workout and is definitely going to be a hit with trainers. 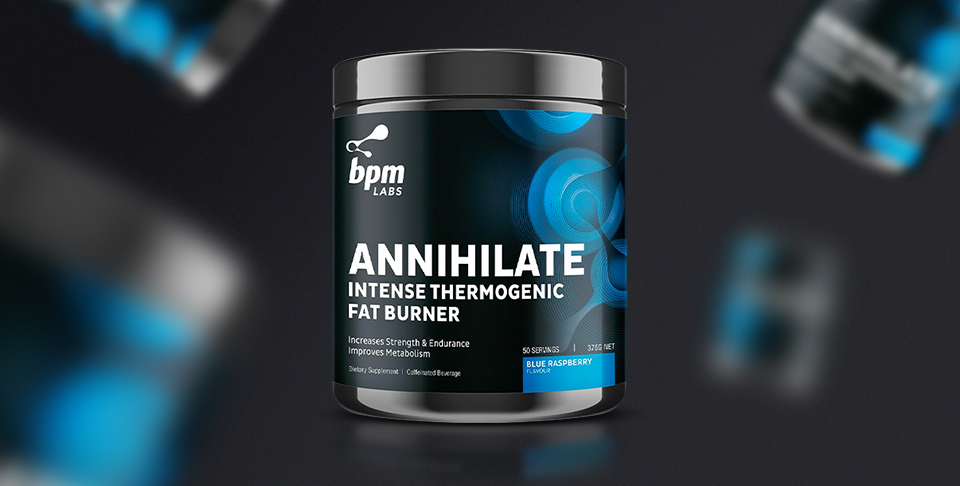 BPM Labs Annihilate is a fat burner that every advanced trainer should recognise especially after the brand went through a positive change in label and packaging. Annihilate utilises a proprietary formula, you can tell they haven’t skimped on the stimulants and thermogenics.

Each serve of Annihilate knocks you back with an intense hit of energy, which will have you rearing to go, whether it’s during your training sessions or at work. Annihilate is definitely not for first timers, and it’s recommended you start off with a half or even a quarter dose before proceeding further. 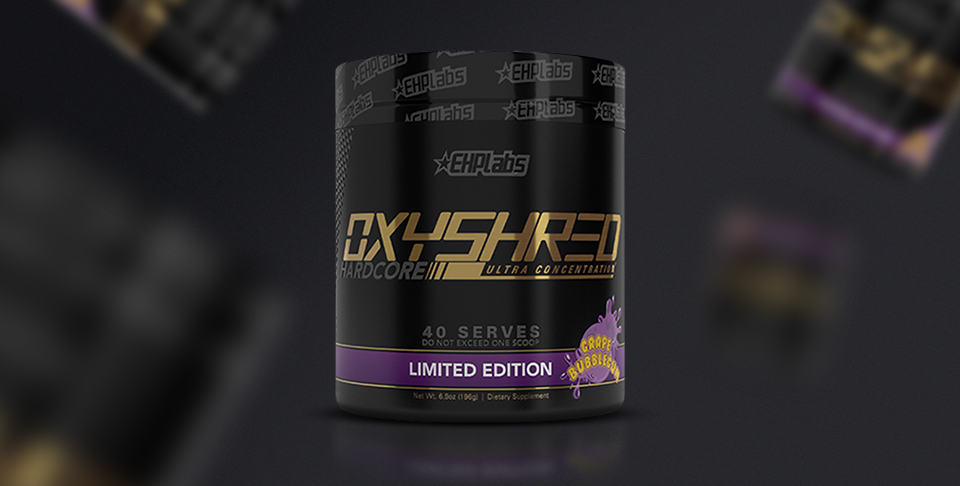 Every market has a easy-to-recognise go to. For years, EHP Labs have dominated the fat burner division with Oxyshred. It is a fat burner suited to anyone with its tame amounts of ingredients. With good flavours, an easy to handle 170mg of caffeine and a cult social media following it's easy to see how they held their place for so long.

However, I didn't promise you popularity. I promised you powerful formulas for real results. Luckily, EHP decided to throw their hat in that ring with Oxyshred Hardcore.

It definitely doesn't have the super-packed formulas as our top 4 spots. But they might not be everyone's cup of tea (or coffee....very, very strong coffee.)

It relies mostly on its energy for a range of B vitamins, and still has 1mcg of chromium for controlling cravings. Where it differs from the original Oxyshred is the caffeine has been ramped up to just shy of 300mg making for a much more effective pre-workout style of a fat burner.

It would be remiss of me to not give a mention to the following fat burners all of which are worthy fat burners in their own right;