Selenium is an essential trace element required in small amounts by humans. Humans and animals require selenium for the function of a number of selenium-dependent enzymes, also known as selenoproteins. Selenium is known primarily for its antioxidant activity and is role in thyroid hormone production. Selenium also plays a vital role in the immune system and deficiency has been linked with increased cancer risk1.

Where Does Selenium Come From?

The richest food sources of selenium are organ meats and seafood, followed by muscle meats. In general, there is wide variation in the selenium content of plants and grains because plants do not appear to require selenium. Thus, the incorporation of selenium into plant proteins is dependent only on soil selenium content. Globally, wheat is one of the most important dietary sources of selenium3. The sensitivity of a population’s selenium status to changes in its source of wheat is illustrated by the United Kingdom, where blood selenium levels have declined by around 50% since changing from high-selenium Canadian and USA-grown wheat to low-selenium European wheat in the mid-1980s1. In Australia, it is estimated that nearly half of our Se intake is provided by wheat4. Brazil nuts grown in areas of Brazil with selenium-rich soil may provide more than 100 mcg of selenium in one nut, while those grown in selenium-poor soil may provide ten times less2. In one of the few major studies in Australia, grain selenium concentrations from South Australian crops ranged 5–720 mg/kg and it was apparent that this variation was determined mostly by available soil selenium level3. 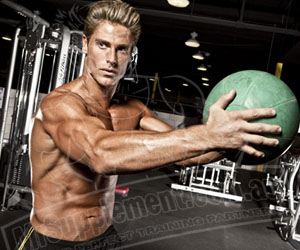 Among other things, optimum selenium status is important for healthy thyroid function and the prevention of thyroid disease9, 10. The thyroid gland is one of the human tissues with the highest selenium content per mass unit9. Selenoproteins are involved in protection of the thyroid gland from excess free radicals produced during the biosynthesis of thyroid hormones9. In addition, the three key enzymes involved in activation and inactivation of thyroid hormones, are selenoproteins.

Selenium has also been shown to play a pivotal role in male fertility5-7, with one study linking low selenium levels in semen samples from infertile men relative to fertile men8.

Selenium is widely recognised as a key nutrient in cancer prevention and treatment11. As selenium intake decreases amoung study populations, there is significant increased risk of colon, prostate, beast, ovary, lung and hematopoetic cancers12, 14.

Negative Side Effects of Selenium

Chronic selenium toxicity (selenosis) may occur with smaller doses of selenium over long periods of time. The most frequently reported symptoms of selenosis are hair and nail brittleness and loss. Other symptoms may include gastrointestinal disturbances, skin rashes, a garlic breath odor, fatigue, irritability, and nervous system abnormalities. Selenosis-like symptoms were reported to occur in a small trial of men with prostate cancer taking doses as high as 3,200 ug/d for 1 year13.

The recommended daily intake for selenium in Australian men and women is 85mcg and 70mcg per day respectively16. However, a survey of nearly 300 Adelaide blood donors in 2005 revealed a mean plasma selenium concentration of 103 mg/l17, which is above that of most countries, and just above the estimate of 100 mg/l required for maximising the activity of the important antioxidant selenoenzyme, glutathione peroxidise1. However, only 8% of men surveyed reached 120 mg/l selenium, which is a target that has been proposed for maximum protection against prostate cancer18-20, which is the most commonly diagnosed solid tumour and the second leading cause of cancer mortality in Australian men21. So it’s reasonable to assume that most Australians would benefit from selenium supplementation in the vicinity of 100-200mcg per day.

When consumed in the normal range of 100-200mcg/day, selenium is safe and non-toxic. In the US, the Food and Nutrition Board of the Institute of Medicine has set the tolerable upper intake level for selenium at 400 mcg/day in adults based on the prevention of hair and nail brittleness and loss and early signs of chronic selenium toxicity15. The upper limit of 400 mcg/day for adults includes selenium obtained from food, which averages about 100 mcg/day for adults in most Western countries.