SAMe, or S-Adenosyl methionine is a chemical compound used throughout the body as a donor of methyl groups; this means that it allows other important chemical reactions to proceed that without it would otherwise be halted. It is also known as SAM-e, SAM, AdoMet or ademetionine.

Where Does SAMe Come From?

SAMe is made within the body from ATP, mainly in the liver.

SAMe's use throughout the body means that there are widespread interactions and benefits with different diseases and physiological factors.

In terms of neurology, there are definitive links to Alzheimer's disease, depression including that associated with Parkinson's disease and schizophrenia. Depressive symptoms are correlated with lower levels of circulating SAMe; it has demonstrated an efficacy similar to tricylic anti-depressants. Improvement of Alzheimer's symptoms, as well as memory in general, are thought to be related to its link to acetycholine levels. It has cognitive enhancing effects in healthy individuals as well, with some studies finding an improvement in recall, word finding, as well as general mood.

There are positive benefits for cardiovascular. High levels of SAMe are positively related to blood flow and smooth muscle function (the muscles found in arteries to contract or expand the walls). Although no studies have been conducted on actual supplementation, it is likely that the higher levels in serum associated with supplementation would have these effects on heart health.

Liver fuction is also improved by supplementation of SAMe, in particular in those with existing disorders such as alcohol related cirrhosis. One large study found that those supplemented with 1200mg daily over 2 years had a significantly reduced rate of liver transplant and death than those without, although once later stages of liver disease are reached the benefits are markedly reduced. Viral diseases of the liver are also effected, and it may work in conjunction with other therapies as a treatment for hepatitis C. 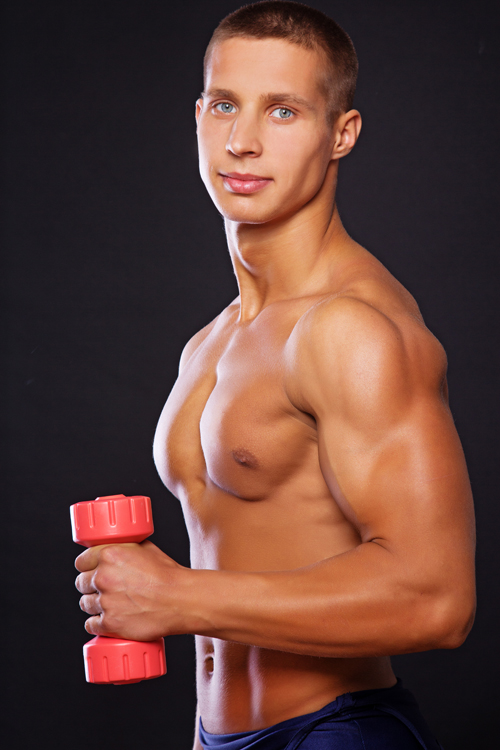 SAMe has some interactions with skeletal muscle. It has been noted to improve the symptoms of fibromyalgia, a pain disorder of the muscle system also associated with stiffness and fatigue. Several studies have found significant improvements to morning pain, stiffness and tenderness. It may be that these effects could carry over to healthy individuals, and have positive effects on exercise recovery.

Inflammation could also be attenuated by SAMe supplementation. Arthritis symptoms have been shown to be reduced as effectively by SAMe as by Naproxen and Nabumetone, common drug treatments, as well as comparable to the anti-inflammatory Ibuprofen. Although taking longer to take effect, needing 2 months of treatment before reaching its highest efficacy, there are fewer side effects and other health benefits associated. These effects may be useful to bodybuilders and the joint problems so common to the sport.

SAMe Side Effects, Safety and Negatives

There are mild dose-dependent side effects associated with the use of SAMe. These include a loss of appetite, constipation and nausea, dry mouth, sweating and anxiety. However these occur in a limited number of people, generally at low levels, and only at slightly greater rates than a placebo.

There have been some reports of an induction of mania in clinical trials in several people. This has occurred in both susceptible individuals such as those with schizophrenia, and in one healthy individual with no previous adverse mental health history. Although thought to be related to the treatment there is no other evidence and the mechanism remains unknown.

If low levels of B vitamins and folic acid are present, breakdown of SAMe does not occur fully. This can lead to not only a reduction in benefit, but also to a build up of homocysteine, a chemical associated with heart disease and stroke, liver damage and Alzheimer's.

There is a slight possibility of the induction of serotonin syndrome when paired with other drugs that influence this hormone, such as anti-depressants.

SAMe tends to be taken in the range of 600 to 1200mg per day. Often this is broken up into several doses and taken with meals. However, it may be best to avoid taking in the late afternoon and evening due to anecdotal evidence of insomnia. For benefit for the musculaskeletal system, SAMe needs to be taken consistently for a minimum of 2 months to gain full benefit.

SAMe is also best taken with either a multivitamin of B vitamin complex. This avoids the possibility of incomplete breakdown and makes sure it is used within the body to its greated potential.

SAMe can be bought as a stand alone supplement. These need to be carefully stored to prevent degradation. The potency will be gradually reduced over time; it is thought this may be due to a conversion to an alternate form of the compound. This problem can be reduced by storing in a cool, dry and dark place, maintaining integrity of the packaging, and using as soon as possible.

SAMe is present in some protein shakes such as SciTec Jumbo Professional, CytoSport Whey Isolate and Dymatize Nutrition Mega Gainer. This is due to its interactions with the breakdown of protein, and may help to increase the use of the protein in the body.

SAMe would be paired well with any bodybuilding stack due to its widespread use in chemical reactions and breakdowns in the body. It may be best taken with your general multivitamin, such as Nature's Own Men's Multivitamin, or an added B vitamin complex, to ensure full benefit.

SAMe may also be added to a testosterone boosting stack, particularly beneficial for older men with lower than average levels, or as part of a recovery stack designed to reduce muscle soreness.