Pygeum is an extract derived from the bark of a tree native to certain regions of Africa. Over the past three decades, there has been growing research and interest for the use of Pygeum for a condition known as Benign Prostatic Hyperplasia (BPH), however, the bark has been used in traditional herbal remedies for a variety of ailments.

Where Does Pygeum Come From?

Pygeum comes from the tree Prunus Africana or the Red Stinkwood. The raw bark or bark extracts are shipped primarily from Cameroon, Madagascar, Kenya and Equatorial Guinea. Due to its popularity, harvesting the bark has become rather unsustainable and conservation efforts have been put into place aimed at cultivating the tree.

Most of the research has looked at Pygeum for the treatment of Benign Prostatic Hyperplasiam, a condition common in men over 50 where the prostate is enlarged causing difficulty in urinating. Pygeum is thought to have several compounds which are active including compounds which can help with inflammation as well as helping to lower blood levels of cholesterol. Traditionally, Pygeum has also been used for fevers, malaria, wound dressing, stomach pain, kidney disease as well as an appetite stimulant. 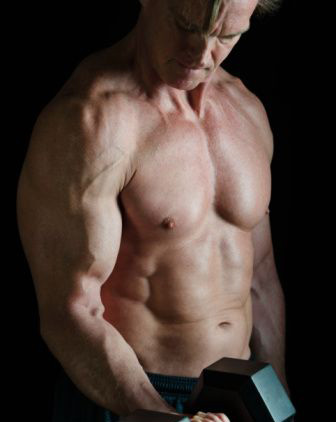 Pygeum has not been studied for any ergogenic effects. However due to its anti-inflammatory potential, it may be of use for people who participate in quite intense exercise or for people who have been injured as a recovery agent.

According to Stewart (2003), clinical trials of Pygeum have been well tolerated by participants with minimal side effects except for mild gastrointestinal symptoms.

There are no recommended dosages for the use of Pygeum however studies looking at Pygeum for BPH have used doses of around 25mg-200mg of extract per day. There are also no recommendations for ingredient timing.

As an ingredient, Pygeum is often sold on its own in capsulated form, however can also be found in common BPH supplements containing saw palmetto, which is also a common ingredient in testosterone boosters. However, as Pygeum does not seem to affect the enzyme 5α-reductase responsible for transforming testosterone into dihydrotestosterone, a potential cause for BPH, there doesn’t appear to be any reason for Pygeum to be included in testosterone boosting supplements other than its relation with saw palmetto as a treatment for BPH.

Pygeum can be stacked with almost any other supplement, but may work best with supplements containing saw palmetto as an ingredient or with other common anti-inflammatory supplements such as omega 3 supplements and vitamin/mineral/antioxidant supplements