Growth hormone is a hormone that is revered and respected in bodybuilding and athletic populations worldwide. It is an anabolic (growth promoting) hormone like testosterone but is released from a part of the brain known as the hypothalamus. The hormone itself promotes growth and helps promote new cell reproduction and regeneration. This if of course helpful for when we want gains in muscle mass and bone mass either for aesthetics or for performance reasons. Now unfortunately, as we age, the level of human growth hormone (HGH) released by our body decreases. It is of no surprise then that bodybuilders and athletes have been searching for ways to promote growth hormone levels.

There are several factors which will alter the amount of HGH released into our system. Following is a list of factors which may stimulate HGH secretion:

In the search for ever more ways to increase growth hormone levels, there have been several drugs and supplements created in order to do so:

From the much quoted Italian study1, the dosage of amino acids that was given was 1.2g of l-lysine with 1.2 g of l-arginine. Levels of HGH were significantly higher with co-consumption of both of the amino acids over consumption of single amino acids alone. Subjects took the amino acids on an empty stomach. Another study2 showed that growth hormone was able to be increased with 1.5g of arginine and lysine, during rest. By contrast, several studies have also been done on consumption of arginine only and its effects on growth hormone release. Results from these experiments were conflicted at best with no effect3 to a negative effect with exercise4,5 and even during rest4. One study6 however hypothesised that arginine may only be effective when administered prior to sleep. Indeed their hypothesis was substantiated by their experiment which showed that an administered dose of 250mg/kg/day was able to increase HGH release by 60% during deep or slow wave sleep. 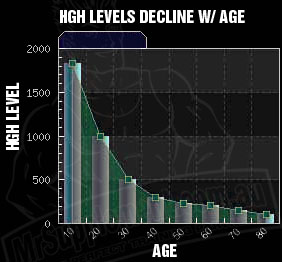 It seems that in order to maximise the use of amino acids for augmentation of HGH release, it is best to take the supplement on an empty stomach ensuring that you get arginine and lysine together at around 1.2-1.7g of arginine. Furthermore it is advisable not to consume the supplement just before physical activity or with carbohydrates so as to not minimise effects of natural growth hormone release.

In this author’s opinion, there is some well documented evidence that consuming growth hormone releasing peptides and other HGH secretagogues is able to lead to increased HGH levels. Furthermore, the Intake of both amino acids and HGH secretagogues is relatively safe and with little side effects so it may be worth considering as an extra boost to your supplement regime, especially if you are on an off cycle period for another supplement. By contrast, when it comes to GH administed subcutaneously, note that high doses of prescription drugs such as the HGH secretagogues can have unwanted side effects, so do not overdo it.