What is Milk Thistle?

Milk thistle (or St Mary’s thistle) is arguably one of the most intensively researched and promising herbal treatments considered for duty in front line medicine. Traditionally, milk thistle has been used as a liver tonic for around 2000 years. The extract of milk thistle (silymarin) now has a place in modern medicine for treating diseases of the liver, and it may even have a role in the treatment of cancer.

Where Does Milk Thistle Come From?

Milk thistle (Silybum marianum) is a member of the daisy family. They are native the Mediterranean, Middle East, and North Africa.

Milk thistle contains potent antioxidants that is able to stabalise cell membranes, helps to increases the rate of clearing toxins from the body, helps to repair liver tissue, and inhibits the growth of cancer cells. As mentioned in our “Liver Support” article, liver health is important, especially if potentially toxic drugs are used.

A study involving chemical workers chronically exposed to toxic chemicals showed significant improvements in liver function after treatment with a milk thistle extract (Szilard et al, 1988). Another study found that when patients under medication for psychological conditions were given milk thistle extracts, they suffered less liver damaged as a result of the psychotropic drugs (Palasciano et al, 1994). Research such as this suggests that any individual whose liver may be under stress may be able to benefit from taking milk thistle.

Something that may be of interest to know for a lot of people, is that there is evidence that regular use of silymarin slows the development of liver damage caused by alcohol (Lieber et al, 2003). Since alcohol is an extremely popular beverage for many people, it may be beneficial to use a milk thistle supplement to support liver function.

Milk thistle shows promise for use in the direct and indirect treatment of cancer. Firstly, there is evidence that milk thistle extract may inhibit the growth of cancer cells by directly attacking cancer cells. Furthermore, due to its detoxifying effects, milk thistle may aid in the removal of toxic drugs from the bodies of cancer patients (Post-White et al, 2007). 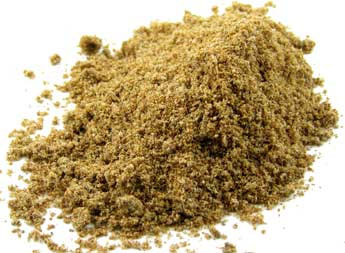 Milk Thistle Safety and Side Effects

Milk thistle is regarded as a safe herb with subjects reporting side effects no different to those receiving placebos (Tamayo & Diamond, 2007). It has been used safely during pregnancy, by children and by the elderly with no adverse effects at doses of 560 mg/day. It has been determined that a 13 g dose of 30% milk thistle extract is the upper safe limit (Post-White et al, 2007).

Reported side effects are all mild. These include gastrointestinal upsets and mild laxative effects. Some people experience allergies to milk thistle, but even these are mild (Post-White et al, 2007).

In patients suffering from liver disease, studies have shown that milk thistle doses of 420 mg/day helped to improve the health of patients (Tamayo & Diamond, 2007). However, in healthy people, it is likely that the dose to support liver function could be much lower. Milk thistle can be taken with a meal, as a single dose or spread thorough out multiple doses.

Milk thistle supplements can be viewed as if it’s a vitamin supplement. Consequently it can be stacked with any other supplements you care currently taking. The ingredient goes well with other herbal liver support ingredients such as globe artichoke.