Iron is an essential trace (or micro) mineral that is required for a host of functions within the body. These include transporting oxygen in the form of haemoglobin, being a part of the electron transport chain, and being a part of all enzymes within the Krebs cycle. Basically, iron is essential for energy metabolism.

Where Does Iron Come From?

Iron can be found in various whole foods such as oysters, red meat, green vegetables, whole grains, and legumes. However, it is important to note that the iron in non-animal sources (nonheme iron) is not as readily absorbed as iron from animal sources (heme-iron). 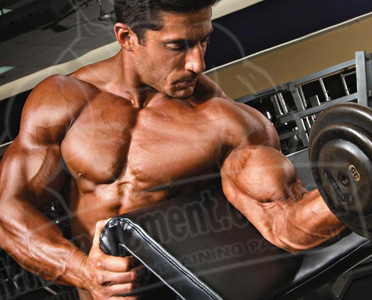 There are many benefits of iron for the bodybuilder and athlete. Iron is needed for optimum performance, immune function, mental function, and thermoregulaion. It has been shown that muscle strength during endurance activities is increased by 27% when iron depleted women were supplemented with iron (Brutsaert et al, 2003). You may be thinking, “well hang on, who said I’m iron depleted?” The fact of the matter is, those undertaking intensive exercise, have higher demands for iron, as a result of increased losses (Ehn et al, 1980). Men under intensive training lose around 75% more iron and women lose 64% more iron compared to non-active people (Weaver & Rajaram, 1992). Three groups have been identified as being at the greatest risk of being iron deficient. These include female athletes, distance runners, and vegetarian athletes (NIH, 2007).

Iron Negatives and Side Effects

It is important to know that although iron is absolutely vital for optimum performance, there is no evidence that exceeding your requirements will help further boost your output (Kreider et al, 2010).

With iron supplementation, some people experience stomach upsets, reporting symptoms such as nausea, vomiting, constipation, diarrhoea, and dark stools. It is recommended that iron supplements should be taken at lower doses per day when starting off, and gradually increasing doses to build tolerance.

Iron toxicity is also a serious issue that should be considered. Because the mechanism for storing iron is generally fairly efficient, it is important not to take too much iron. An excess causes iron to build up within the organs, causing harm. Please get your iron levels checked to determine the correct dosage and need to supplement before commencing a high dose iron supplement regime.

The recommended daily intake of iron varies depending on your age, gender, pregnancy status, and level of exercise. The table below provides a guide. However it is important to know that these figures are for the general population, and if you are training hard, it is likely your requirements are somewhat higher. One important take home message here is that women tend to have higher iron requirements than men. This is because they have increased iron loss during menstruation, and even more when they are pregnant.

The efficiency of iron absorption decreases with an increasing dose (NIH, 2007). Consequently, iron intake should be split up throughout the day. To reduce the likelihood of stomach upsets, it could be taken with food. 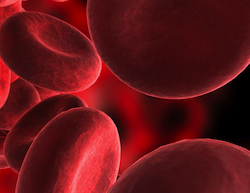 Iron can be found as a stand-alone supplement. The form of iron in such supplements varies and certain types are better than others. Ferrous iron is more bioavailable than ferric iron, and these can come as either ferrous fumarate, ferrous sulphate, or ferrous gluconate (in order of elemental iron content). If you are severely iron deficient iron injections may also be a viable alternative. Lower doses of iron can also be found in a variety of multivitamin supplements and also some protein bars.

Iron is a mineral that can be stacked with other minerals and vitamins, if it already isn’t included (but not necessarily taken at the same time). However, it is important to note that high levels of iron may interfere with zinc absorption if taken on an empty stomach. So be sure to take it with a food. One of the best things to stack iron with is vitamin C, as this helps increase the absorption of some forms of iron. Try to avoid taking iron with calcium or dairy, as these may inhibit the absorption of iron.