Gynostemma pentaphyllum also known as jiaogulan is a vine belonging to the cucumber family. It is used as a herbal medicine which may have antioxidant effects, increase exercise performance, provide stress relief and reduce cholesterol.

Where does Gynostemma Come From?

Gynostemma is native to China, Vietnam, Korea, and Japan. In these countries, it is commonly consumed as a tea.

Gynostemma has a number of saponin compounds that are also found in and similar to that in ginseng. Gynostemma also contain a large number of other saponins that have been named gypenosides. The combination of these compounds has many beneficial effects.

Nitric oxide is a well-known compound in the world of bodybuilding because it is one of the compounds responsible for causing vasodilation and giving what is known as "the pump". There is evidence to show that gynostemma extracts directly stimulate nitric oxide release (Tanner et al, 1999). Such effects have shown to be beneficial for exercise as gynostemma supplementation resulted in an increase in cardiac output without increases in heart rate (Zhou et al, 1993). Such results imply that endurance and performance may be increased as a result of better oxygen delivery from increased blood flow. Animal studies also support such findings with observations of significantly increased endurance in mice after gynostemma supplementation (Long, 2009).

Gynostemma Benefits as an Antioxidant

Vitamin C is a well-known antioxidant and can be seen as a gold standard to test other antioxidants against. It has been shown that gynostemma extracts possess higher antioxidant capacity than vitamin C (Liu et al, 2008). This high antioxidant potential implies that gynostemma may be valuable in increasing recovery times by helping to buffer the free radical damage caused by exercise.

Above, we covered the nitric oxide boosting effects of gynostemma. This essentially lowers blood pressure and its effects are comparable to conventional hypertension drugs (Lu et al, 1996). In addition to this, gynostemma has been observed to decrease blood cholesterol and triglycerides (la Cour et al, 1995). Together, these combine to lower the risk of heart disease. 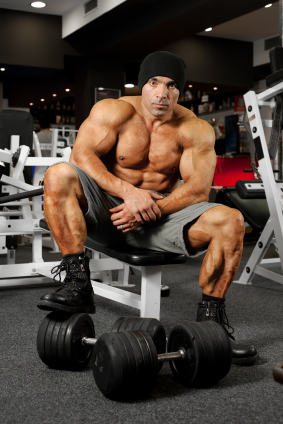 Gynostemma has undergone phase I clinical trials to evaluate its safety. Results show that doses of up to 400 mg twice daily for 2 months were safe for healthy subjects (Chavalittymrong et al, 2007). Animal toxicity studies at much higher does, up to 750 mg/kg over 24 weeks showed no significant toxic effects (Attawish et al, 2004). This is the equivalent of 60 g for an 80 kg man. Gynostemma can therefore be considered to be safe.

Some mild side effects such as nausea and increased bowel movements have been reported. It is also important to avoid gynostemma if you are using any medication or are pregnant.

Although a recommended dosage is difficult to establish at the current time, it is recommended that this should be below 800 mg/day, because this is the highest studied dose that has been shown to be safe. Because of the potential antioxidant and nitric oxide boosting properties of gynostemma, it can be taken 30 mins to an hour before a workout.

Gynostemma can be found in some pre workout supplements and may help to increase nitric oxide production during the workout to give better pumps. When looking for gynostemma, also keep a look out for its other name, jiaogulan.

Gynostemma can be stacked with a variety of other pre workout ingredients and nitric oxide boosters. These include arginine, citrulline, and beetroot just to name a few.