Guarana is well known for its high concentration of guaranine (which is chemically identical caffeine). This together with other compounds present may make guarana an effective tool for bodybuilders and dieters. It has potential as a stimulant to improve exercise performance, as well as being a thermogenic to help shed fat.

Where Does Guarana Come From?

The guarana plant (Paullinia cupana) is native to Arizonian countries such as Brazil. Native tribes have harvested guarana for decades to use the seeds to make tea and a bread-like food. It is this seed that contains the high levels of caffeine that we value today.

Many of the benefits of guarana are related to its caffeine content, and guarana certainly has no shortage of caffeine. On average, guarana seeds contain double the caffeine of coffee beans (Bempong, 1993). Caffeine has been proven time and again to be an effective stimulant that is capable of improving strength and endurance in exercise. Likewise, the benefits of guarana on weight loss can also be attributed to caffeine. This has already been covered in great detail in our Caffeine article. However there may be some unique attributes of guarana that pure caffeine does not have 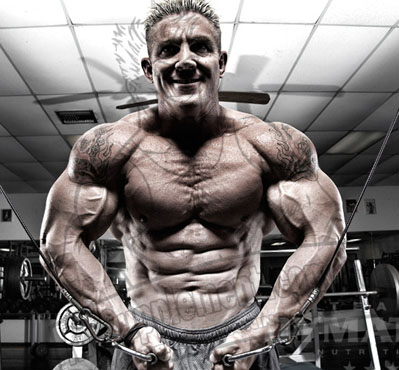 Guarana Benefits for Strength and Endurance

It has been said that guarana may have a different rate of release, and may provide stimulation for longer compared to pure caffeine. This is possible due to guarana being insoluble and containing compounds such as tannins and saponins (Edwards et al, 2005). This may make products containing guarana superior to those containing just caffeine, as a result it may provide a more sustained energy release.

Due to the presence of flavonoids and other non-caffeine compounds in guarana, there is evidence that guarana may be able to improve cognitive performance, reduce mental fatigue, and improving mood. This has been supported by both human and animal studies (Scholey & Haskell, 2008).

Guarana Safety and Side Effects

The American Food and Drug Administration (FDA) considers guarana to be safe. However, it is important to note that, just like caffeine, small groups of people may be hypersensitive and experience adverse effects such as heart palpitations. Likewise, consuming too much guarana and caffeine may be harmful to healthy people too (Baghkani, 2002).

Remember that because caffeine is a stimulant, some people my experience disturbed sleep. If you are sensitive to the effects of caffeine, avoid consuming products containing guarana later in the afternoon.

Quite often the doses recommended for guarana is standardised for caffeine.  So the real question is, "what is the recommended dose for caffeine?". This has also been covered in our Caffeine article. Generally the recommended dosage for caffeine is between 2.5 to 7 mg/kg body weight for increasing exercise performance. In this case, it should be taken an hour to 30 minutes before training. If guarana is used as a weight and fat loss aid, it could be taken first thing in the morning before breakfast and once again before lunch. However, because there are often other ingredients in supplements containing guarana, please follow the manufacturer's directions.

Guarana is commonly found in pre workout supplements, fat burners, and fat loss proteins. It is sometimes found on top of or in places of regular caffeine.

For the purposes of fat loss, guarana is rarely used on its own. It is often stacked with other thermogenics and weight loss ingredients such as green tea extract, citrus aurantium, and capsaicin. Such fat burners can be stacked with pre workout supplements and fat loss proteins.