Glycocyamine is one of the immediate precursors to creatine, thus explaining its popularity in bodybuilding supplements.

Where Does Glycocyamine Come From?

Glycocyamine is synthesised in the body from arginine and glycine in a reaction catalysed by an enzyme called arginine:glycine amidinotransferase1. From there, glycocyamine is converted to creatine through the donation of a methyl group from S-adenosylmethionine, which is performed by an enzyme called guanidinoacetate methyltransferase1. In mammals, the primary organs involved in these synthesis reactions are the kidney, liver, and pancreas, although the relative contribution of each of these organs is species dependent and is still debated2.

There is very little research on oral supplementation with glycocyamine, with the only studies in humans being conducted in the 1950’s. Glycocyamine serves as a direct precursor to creatine and thus in theory should be an effective supplement for increasing creatine levels. However, because glycocyamine requires the donation of a methyl group to be converted to creatine, supplementation with glycocyamine has been shown to drain methyl groups from the body, which has its own adverse effects. For this reason, early studies in the 1950’s used a combination of betaine and glycocyamine, which resulted in symptomatic improvement for patients with a range of heart conditions3-6. Improvement included reduced fatigue, greater strength and endurance, reduced symptoms of arthritis and asthma, increased libido, reduced blood pressure and improved glucose tolerance3-6.

Negative Side Effects of Glycocyamine 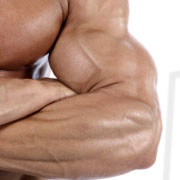 Supplementation with glycocyamine in the absence of methionine or a methyl donor such as betaine and dimethylglycine runs the risk of increasing homocysteine levels and the associated negative health effects of high homocysteine levels.

Because of the paucity of information about supplementation with glycocyamine, there is very little evidence upon which to make reliable recommendations on dose and timing of glycocyamine. Because of its potential to raise homocysteine levels, as a caution, glycocyamine should not be supplemented in amounts greater than 500mg to 1000mg.

Because of the lack of recent research on glycocyamine, there are only a limited number of supplements containing glycocyamine.

As highlighted above, when supplementing with glycocyamine, it’s important to take additional amino acids that can provide additional methyl groups. Examples include methionine, betaine or dimethylglycine.

Individuals with a family history of heart disease or on heart medication should use caution when supplementing with glycocyamine due to its potential to raise homocysteine levels.