Evodiamine is a chemical compound extracted from a particular species of tree and is said to possess antiobesity effects along with anti-inflammatory and anti-infectious properties among many others.

Where Does Evodiamine Come From?

As mentioned previously, the compound evodiamine is extracted from the tetradium species of trees, which includes nine species of trees. Generally known as Evodia Trees or Bee Bee Trees, it is a common tree found in Asian regions, especially in China.

Evodiamine as an ingredient has had increasing interest from the scientific community in the past decade or so. Recently, a review article examined the Evodia species of trees and its major bioactive compounds including Dehydroevodiamine, Evodiamine and Rutaecarpine. The review stated these extracts could prove beneficial for analgesic (pain reducing), cardiovascular and gastrointestinal effects due to its action on CGRP (calcitonin gene-related peptide) release. Still other studies have examined Evodiamine for its anti-cancer potential. While research is essentially still in its early stages with most studies being done in the laboratory with animals or tissue samples, there is extreme promise for these positive effects to be translated. 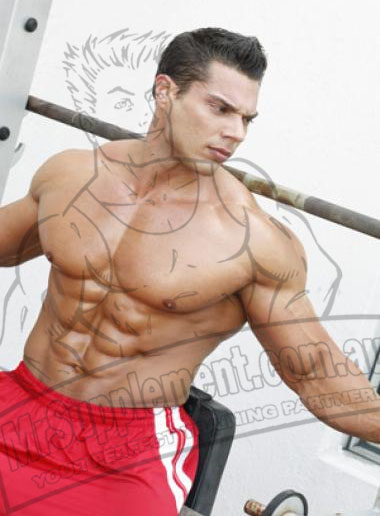 Besides Evodiamine’s ability to act as an anti-inflammatory and anti-infection agent; useful for those who exercise regularly or at high intensities who may have lowered immune systems, Evodiamine also possesses antiobesity properties. Recent animal studies have been able to show that Evodiamine has similar thermogenic and stimulatory properties as that of another well known fat loss ingredient; capsaicin. Mice consuming Evodiamine whilst on a high fat diet were able to reduce the amount of fat and weight gained when compared to those mice not taking Evodiamine. This characteristic makes Evodiamine a perfect ingredient to include during a bulking phase when bodybuilders generally tend to increase their fat intake, however could also be used by anyone wanting to cut down and tone up.

There has been few reported negative side effects from Evodiamine use. The similar compound Rutaecarpine has been shown to have anti clotting properties and so is not recommended prior to surgeries. However this property has not been studies in Evodiamine.

At the moment, there aren’t enough studies to conclusively recommend a dosing amount. This is mainly due to lack of human research trials as well as toxicity and tolerance studies in animals.

Evodiamine is generally included as a host of ingredients in thermogenic fat burning supplements and other fat loss supplements such as fat loss proteins.

One can stack evodiamine with most supplements, however may work better when coupled with other fat loss ingredients such as capsaicin.