What is Turmeric? (also known as Curcumin)

Turmeric is a popular curry spice that is also used as a food additive, preservative and nutritional supplement worldwide. Turmeric, has been used for centuries in Indian traditional medicine (Ayurveda) and Traditional Chinese Medicine2. Curcumin is the principal polyphenol component of turmeric that imparts its characteristic yellow colour. It is thought to be responsible for much of turmeric’s reported anti-oxidant and anti-inflammatory actions.

Where Does Turmeric Come From?

Turmeric is prepared by grinding of dried rhizomes mainly from Curcuma longa L. of the Zingiberaceae family. Curcuma longa grows naturally throughout the Indian subcontinent and in tropical climates. It is a short-stemmed perennial, which grows to up to 100 cm in height. It has curved, oblong, and ovate leaves with beautiful white to colourful flower and cylindrical rhizomes. 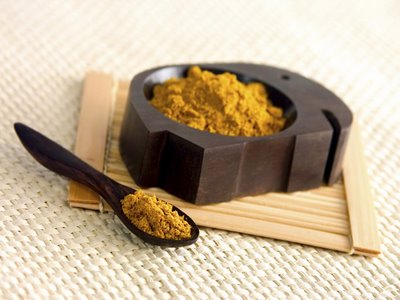 In the past two decades curcumin has emerged as one of the most powerful and promising chemopreventive and anti-cancer agents from among nearly 600 kinds of phytochemicals26. Both epidemiological evidence and clinical trials have demonstrated that the consumption of a curcumin-rich diet is inversely correlated with certain types of human malignancies17-19. To add to this, numerous studies have been conducted uncovering the various mechanisms by which curcumin acts as an anti-cancer agent20-25. Two of these key mechanisms are as an anti-inflammatory10 and inhibitor of angiogenesis15. Angiogenesis is the term used for formation of new blood vessels from host vasculature; a process that is critical for tumor growth and metastases15.

Studies show that curcumin can be an effective adjuvant treatment in cancer, as it sensitises various tumors, such as colorectal cancer and prostate cancer to radiation10-14. In summary, curcumin is currently considered a good candidate for cancer prevention and treatment when used alone or in combination with other conventional treatments16.

Negative Side Effects of Turmeric

In a study where doses ranging from 500, to 8,000 mg of curcumin daily were given to patients with preinvasive malignant or high risk premalignant conditions for three months; no noticeable adverse effects were detected5. Another study examined the safety of curcumin in healthy volunteers using curcumin capsules with single escalating doses from 500 mg to 12,000 mg. Among 24 enrolled healthy subjects, seven developed adverse effects, including diarrhea, headaches, rashes and yellowish stools. All toxicities observed were classified as grade 1 and not related to the doses6.

In a phase I clinical trial on oral curcumin in patients with advanced colorectal cancer in which the US NCI criteria were used to assess potential toxicity, curcumin was well tolerated at all dose levels up to 3,600 mg daily for up to four months7. Adverse effects related to curcumin consumption reported by patients in these studies were mainly gastrointestinal (nausea and diarrhoea).

Turmeric has been studied in a very large range of doses from 500mg/day6 to 12000mg/day8. However, one of the hallmarks of turmeric or curcumin is its poor bioavailability. As an example, no curcumin was detected in the serum of subjects administered 500, 1,000, 2,000, 4,000, 6,000 or 8,000 mg in a dose escalation study to determine the maximum tolerated dose and safety of a single dose of standardized curcumin powder extract6. In a follow up study examining the pharmacokinetics of a curcumin preparation in healthy human volunteers after a single oral curcumin dose of 10g or 12g; only one subject had detectable free curcumin at any of the 14 time points assayed, but curcumin glucuronides and sulfates were detected in all subjects7. These studies confirm that oral administered curcumin is largely absorbed by the gut layer and the little that does get into the blood stream if predominantly broken down in the liver to glucuronide and sulfate conjugates.

Piperine, the active ingredient of black pepper (Piper Nigrum) has been used to increase the absorption and bioavailability of curcumin. Piperine is known to inhibit hepatic and intestinal glucuronidation9 and when administered with curcumin in humans has been shown to increase bioavailability by 2000%9. Therefore, if presented with the option, it is preferable to choose a curcumin supplement which contains piperine. 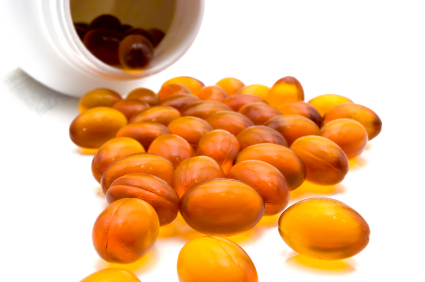 Turmeric and its active component, curcumin are typically included in recovery type supplements designed to minimise muscle damage and soreness from training. This is due to its anti-oxidant and anti-inflammatory properties.

Relative to Western countries, many Asian countries consume generous amount of turmeric (curcumin) daily as a spice. In one epidemiologic survey, in terms of its dietary use in Nepal, turmeric consumption was found to be up to 1,500 mg per person per day, equivalent to approx. 50 mg/day of curcumin3. In India, where the average intake of turmeric can be as high as 2,000–2,500 mg per day (corresponding to approx. up to 100 mg of curcumin), no toxicities or adverse effects have been reported or studied at the population level4. Many supplements with lower doses of curcumin typically contain between 50 and 200mg of curcumin so these studies provide very reassuring evidence of curcumin’s long-term safety.