Since coming into common usage in the early 1990s, creatine has developed a reputation as one of the best studied and most effective ergogenic supplements on the market. A natural substance that our own bodies produce, creatine may be obtained from the diet, but supplementing creatine is a popular option amongst strength and performance athletes who can derive significant increases in strength, power and muscle volume from higher doses of this amino acid derivative. Creatine has many positives, but what are the negatives?

Negative Side Effects of Creatine

There has been a lot of speculation and rumour regarding the negative effects of creatine. Thankfully there has also been a lot of scientific research which has proven time and time again that creatine is both effective and safe. 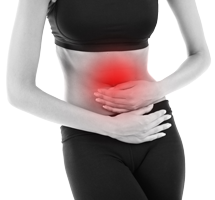 It has been determined that digestive side effects of creatine are tied to dose for most people, with doses over 5g provoking an increase in the rate of symptoms. Splitting the desired amount of creatine into a number of doses which are taken throughout the day is an effective way for many people to avoid side effects. Ensuring creatine is consumed with sufficient water, and use of a high quality creatine, like Creapure creatine monohydrate have also been shown to reduce side effects.

Some people also experience water retention when using creatine. Many people believe that smaller doses can help avoid this, and others believe using alternate forms of creatine, like creatine HCl, can avoid this problem.

Long Term Side Effects of Creatine

A group of scientists recently performed a review of over 20 years of creatine research, and declared that creatine supplementation has no cumulative negative side effects for the liver, kidneys, muscles or heart (2). A second review declared doses of 5-20g safe in the long term (3), and the European Food Safety Authority has declared doses of 3g per day to be safe for long term use (4). While there are many types of creatine on the market, the vast majority of this research has been undertaken in creatine monohydrate. It is likely that similar results are applicable to other forms of creatine, but without research, we cannot make this assertion.

Creatine Side Effects for Men 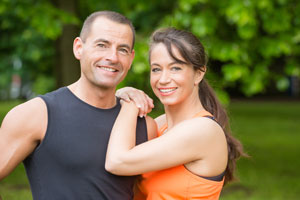 One of the biggest myths about creatine is that it is, or behaves similarly to, an anabolic steroid. This is completely untrue. While an anabolic steroid mimics the action of testosterone and has the potential to cause a great deal of damage to the body if abused, creatine has no effect whatsoever on the body's hormones and is very safe. When creatine is taken, it is stored in the muscles, where it helps generate power during vigorous short-term activity, like sprinting or powerlifting. Creatine is stored alongside water, which can increase the volume of the muscle cell, making the muscles appear larger. Creatine will not affect the libido, cause acne, gyno, testicular shrinkage, or any symptoms related to hormones or testosterone.

Loading is a practice that some people use to saturate the muscles with creatine in the shortest possible amount of time. A loading protocol might involve taking 20g of creatine every day for a week, before dropping down to a maintenance dose, normally about 3-5g per day. Loading is a controversial practice, because taking larger doses of creatine increases the risk of side effects, particularly stomach upset. This can be minimised by breaking the daily intake into a number of smaller doses. Some people also feel that loading increases the amount of water retention.

Some people choose to forgo a loading phase and instead begin on the maintenance dose. It is estimated that attaining muscle saturation at this dose will take one month rather than the week it takes on a loading protocol, but for those with sensitive stomachs, it is a far preferable option to a week of digestive problems.

When to Take Creatine

Because creatine stowly accumulates in the muscles, unlike some supplements, there is no specific timing associated with creatine, although dosing post-workout is probably the most popular option.

Creatine absorption is at its highest in the presence of insulin, so the best way to take creatine is alongside something that will provoke an insulin response. Mixing creatine into a glass of juice is a popular option. For minimal side effects, creatine should be split into multiple small doses which are taken throughout the day.

Cheap, scientifically proven, and safe, creatine is one of the best supplements on the market for people looking to put on muscle and increase performance. While it can cause mild side effects in some people, but there are ways to use creatine that minimise these. Although it is widely regarded as a very safe supplement for healthy people, people with a pre-existing condition, particularly kidney disease, must consult a doctor before starting a creatine regime.

(1) Tarnopolsky MA. Caffeine and creatine use in sport. Ann Nutr Metab. 2010;57 Suppl 2:1-8.
(2) Persky, A. M.; Rawson, E. S. (2007). "Safety of creatine supplementation". Sub-cellular biochemistry. Subcellular Biochemistry 46: 275–289.
(3) Bizzarini E, De Angelis L (December 2004). "Is the use of oral creatine supplementation safe?". The Journal of Sports Medicine and Physical Fitness 44 (4): 411–6
(4) Opinion of the Scientific Panel on food additives, flavourings, processing aids and materials in contact with food (AFC) on a request from the Commission related to creatine monohydrate for use in foods for particular nutritional uses. EFSA 26th April 2004. http://www.efsa.europa.eu/de/efsajournal/pub/36.htm Accessed 7-1-2014