Cranberries are a sweet and sour edible berry which has, over recent years, received a lot of attention because it has been classified as a "super food". Cranberries are rich in nutrients and antioxidants and therefore have potential health benefits.

Where Do Cranberries Come From?

Cranberries come from plants belonging to the Vaccinium genus, which are native to the acid bogs of the northern hemisphere. The berries are very popular in the USA and Canada, where they can be made into juice, sauce, or dried fruits.

Cranberries Benefits as an Antioxidant

Cranberries have been shown to be effective in increasing the concentration of antioxidants within the blood (Basu et al, 2011). This may be beneficial in combatting free radical damage as a result of intensive exercise, and hence increase the speed of recovery.

The most well-known benefit of cranberries is probably its effect in treating UTIs (or urinary tract infections). UTIs are caused by bacteria, generally E. coli, infecting parts of the urinary tract. This is a problem more common among women than men. There is evidence that cranberry products, such as juice, is able to limit the ability of E. coli to adhere to parts of the urinary tract. This consequently reduces the likelihood of infection (Efros et al, 2010). 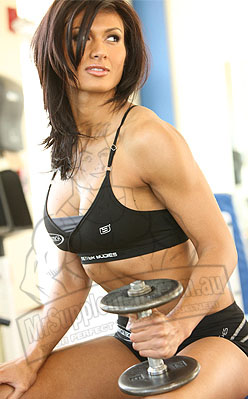 Cranberries Negatives and Side Effects

Being a food, cranberries are generally well tolerated, with a large safety margin (Efros et al, 2010). However, it has been reported on multiple occasions that cranberry juice appears to have a drug interaction with the anticoagulant warfarin. Case reports demonstrate cranberry juice boosting the effects of warfarin, and causing bleeding and blood clotting problems (Rindone & Murphy, 2006; Gale et al, 2011). Therefore, if you are on anticoagulation therapy, it is advised that you avoid cranberries or cranberry products.

It has been shown that 480 mL cranberry juice was effective in increasing blood antioxidant levels (Basu et al, 2011). The effective dosage for extracts would be the equivalent of this. There is no specific timing that is important for eating cranberries. They can be taken with other food.

Because of the rich nutrient profile of cranberries, they can be found in multivitamins as well antioxidant supplements. They can also be found in protein bars and some protein powders.

Cranberries can be stacked with pretty much anything. Other supplements to consider include antioxidant supplements, and vitamin & mineral supplements.