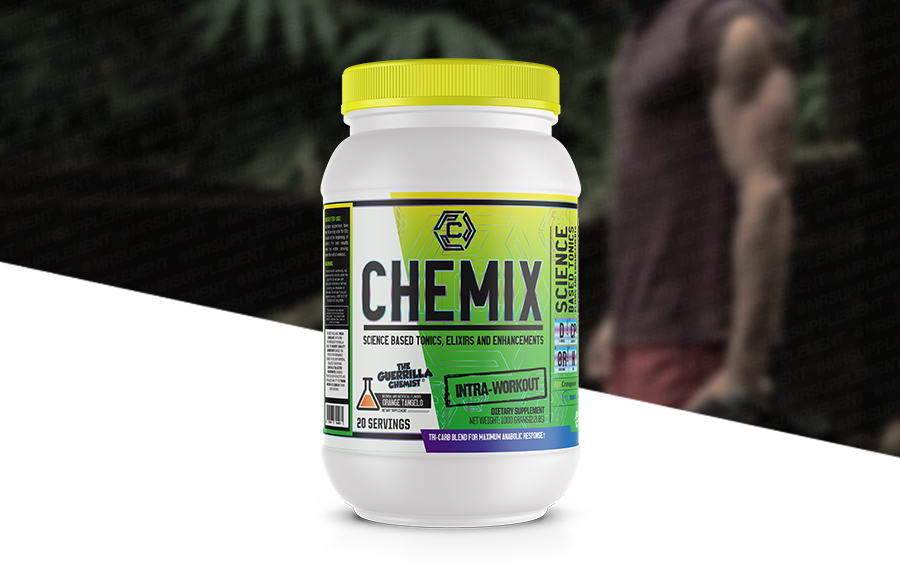 The Guerrilla Chemist is back with his newly formulated, science based Intra-Workout Training Formula. Using his wealth of knowledge and research, this comprehensive formula takes endurance and recovery to peak levels with each and every serving. Chemix Intra-Workout is a Tri-Carb blend that not only helps boost endurance, but it also aids in rapid recovery, cell hydration, volumisation, as well as maximizing anabolic response during every training session. This one of a kind Intra-Workout formula is loaded with patented ingredients like Cluster Dextrin, Creapure, and Calci-K to ensure that you maximize each and every workout to its fullest extent. Not only is Chemix Intra-Workout superior to other formulas on the market but it can also be used simultaneously as a post workout formula when your workout is finished. Research shows that training for duration's as short as 30 minutes can deplete glycogen levels up to 40% while training sessions in the 60-90-minuterange can deplete glycogen levels significantly more. Chemix Intra-Workout used during the post workout window can help replenish glycogen stores and kick start the recovery process the right way. Enjoy the delicious taste of Chemix-Intra Workout in amazing flavours like Orange Tangelo and Wild Apple Melon. 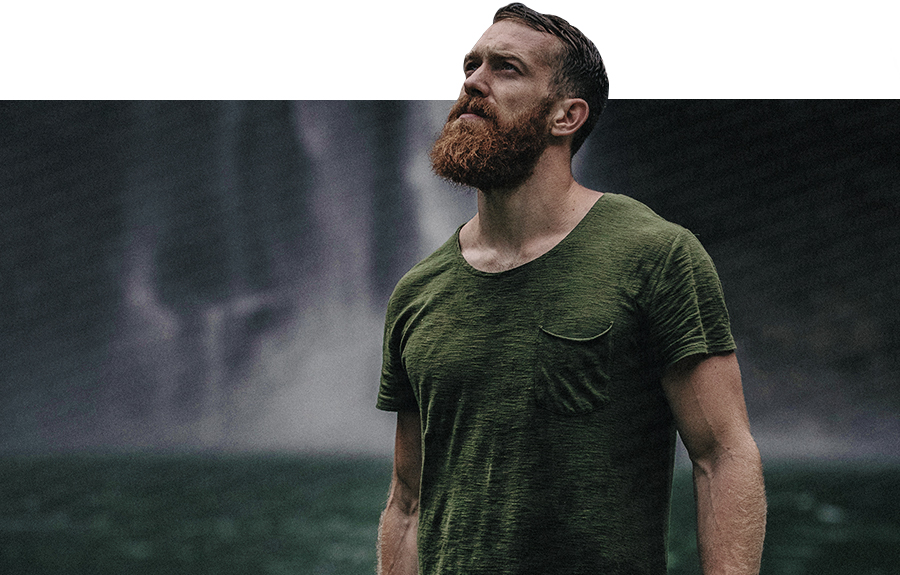 The Science Behind This Formula

Carbs are certainly important, as glucose(dextrose) is the main substrate for glycolysis- one of the body’s pathways for making ATP(energy). Choosing the right carb source was critical in order to maximize performance in the gym. Cluster Dextrin, or highly branched cyclic dextrin(HBCD) is a high molecular weight cyclic molecule of dextrose. It has a low osmotic pressure, meaning it can be easily absorbed in the stomach and used for quick energy.

Because of this, there is no bloating feeling from HBCD and can cause sustained energy during your workout. Studies show that mice given HBCD were able to have greater swimming endurance compared to glucose. More human studies have also shown increased time to exhaustion and a decrease in perceived exertion. Another source of carbs I added was straight dextrose(glucose). This is the main molecule your body needs to produce ATP via its breakdown during glycolysis. This was chosen because this can give your body a very quick boost in energy, whereas HBCD is more sustained. The third carb source in the formula is way more than just a sugar molecule.

D-ribose is the sugar moiety that is part of all nucleotides such as DNA, RNA and more importantly ATP. D-ribose is critical for ATP re-synthesis, as it is the limiting-reagent for ATP synthesis. D-ribose is also responsible for making the enzyme cofactors NAD+ and FADH2+, which are crucial to cellular respiration during oxidative phosphorylation(the main source of ATP production in the body). Studies have shown that supplementing with D-ribose can replenish ATP levels to levels pre-exercising, as well as increase muscular strength and total work output.

The phosphocreatine energy system is also important during exercise. Creatine gets phosphorylated, just like AMP and these are high-energy bonds when broken. Creatine can also help create more ATP via transferring these phosphate molecules, ensuring you have plenty of energy for training hard. Many people don’t take creatine every day to saturate your muscles, so 5g of Creapure® was added, the purest form of creatine on the market.

Perhaps the most interesting and promising ingredient in the formula in ornithine. Ornithine an amino acid that is part of the urea cycle and helps dispose of ammonia via urea. Ammonia can build up during a workout from the breakdown of AMP(by product of ATP) via a process known as oxidative deamination. This ammonia can increase the production of the inhibitory neurotransmitter GABA, which can cause mental and physical fatigue. There was a study involving 6.2g of ornithine-aspartate(4g of ornithine HCl) which showed to significantly lower circulating levels of ammonia.

Authors of the study concluded that “the ornithine group displayed shorter multiple-choice reaction time at the end of strenuous exercise...” This means they were not as fatigued mentally after the workout. The last thing I felt was important to fighting fatigue was hydration by adding betaine and electrolytes. Betaine is known as an osmolyte and can bring water to your cells for cell swelling and hydration. Electrolytes are usually one of the first things lost when training via sweat and depletion. Calci-K® is a unique blend of calcium and potassium phosphate and citrate. Pink Himalayan sea salt was also added for the natural sodium content. Your body needs both sodium and potassium to contract muscles, so losing these electrolytes can severely hinder your workout.

Ultimately, this product was made to fight fatigue on every level, including replenishing ATP, providing quick and slow-releasing carb sources, removing ammonia, and hydration. This is unlike any intra workout on the market with brand name ingredients at clinical doses to help you train longer and harder in the gym.

Can workout for 2 to 3 hours without fatigue and maintain strength throughout. Massive pump. No bloated stomach while drinking it during workout.

Can't say anything bad about it. Maybe a little pricey for only 20 serves but results speak for themselves and I will continue to use this.

Tried both and they are both good tastes, expect the salty sort of taste to it but.
5