BPM Labs is known for creating some of the strongest products on the market. In the company's short lifespan, it has developed a reputation as a manufacturer of some seriously potent supplements like BPM Labs The One, which have won a lot of fans.

BPM Labs recently decided to revamp the brand, which lead to many products receiving a makeover. This included, Annihilate which has been reformulated and rebranded. Will BPM Labs remain strong in the market? 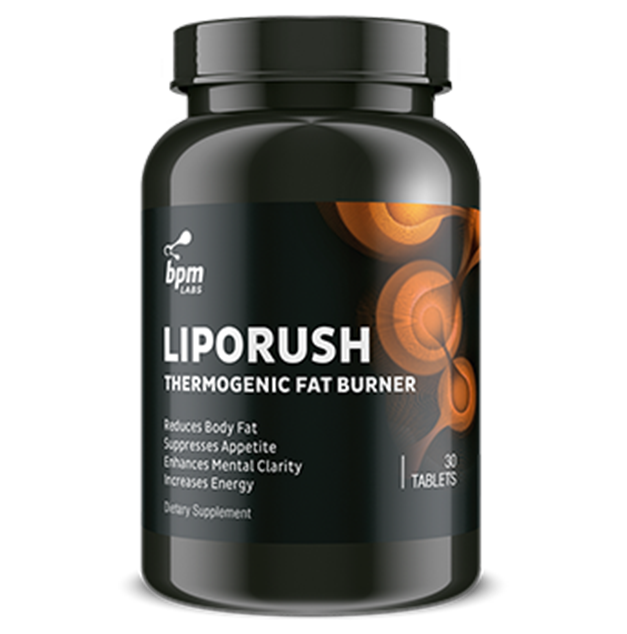 BPM Labs knew that they were onto a good thing with their previous formulations of fat burners and have carried a lot of the major ingredients over, into the formulation of LipoRush, including Taurine, Caffeine, Green Tea, and Naringin and Synephrine, which are energy burning compounds found in citrus fruit.

The major change to the formulation of BPM Lab’s LipoRush is the removal of Phenylethylamine (PEA). A few other ingredients, Citrus sinensis, Yerba Mate and Evodiamine, have been taken out to make way for a host of new ingredients including a natural source of stimulant Higenamine, Tetradium, a botanical extract used in traditional medicine for weight loss, Cacao, and Thiamine.

LipoRush comes in 30 tablets which equates to 30 servings.

The removal of PEA from LipoRush is a sensible move which will ensure a long shelf life for this reformulated product. Some PEA derivatives have been banned in Australia, and there is strong speculation that this popular stimulant, commonly found in pre-workout and fat loss formulations, will be banned completely in the near future. Although this ingredient is thought to be safe when consumed in prescribed qualities, it is a product that has attracted some controversy, and there are people out there that will feel more comfortable using a product that is free of PEA.

BPM Labs has combined some of the most popular and scientifically proven ingredients to produce LipoRush – the coffee and tea extracts in particular have shown a lot of promise in promoting healthy weight loss in scientific trials. In addition, the supplement combines a lot of botanical extracts with a long history of use in ancient medical traditions. LipoRush is a powerful thermogenic and contains a number of ingredients that work together to deliver results.

In spite of the ingredient substitutions, BPM Labs have maintained the potency of LipoRush. This is still a strong product that you will feel working. The company has addressed focus and mood with the inclusion of Rhodiola rosea and neurotransmitter precursor Tyrosine, on top of a number of natural stimulants. LipoRush will still give your weight loss a big kick without a crash.

While LipoRush has undergone some changes, it will not be exactly the same. Many people will be used to the Pouchong Tea Extract and the effects of the PEA-based formula and will be disappointed that it is different. This is an unfortunate fact of life in the supplement game, as the many people who safely used and enjoyed DMAA based products can tell you.

Previously with older formulations, BPM Labs have chosen to list their ingredients as a proprietary blend. The latest ingredient panel at the time of writing lists the ingredients individually indicating clearly what each ingredient and its respective dose. This is definitely an improvement from previous formulations for those who are conscious and for people who like to know exactly what they are taking.

LipoRush isn’t the strongest amongst fat burners but it definitely does the job. It is definitely a different type of supplement, but it is still a potent formulation that is very likely to generate weight loss results. For advanced trainers looking for an extreme fat burner BPM Labs also makes a solid and strong fat burner Annihilate for those who are interested have a read of our review on BPM Labs’ Annihilate.