Boswellia is a genus of trees native to tropical areas in Africa and Asia and whose fragrant resins have long been used in traditional Ayurvedic medicine for a whole host of ailments. Most notably, one particular species, the Boswellia Serrata has had intense interest in the past decade for its potential as a treatment for osteoarthritis and other inflammatory issues.

Where Does Boswellia Come From?

Boswellia Serrata is commonly found in and around several states in India. Extracts from the resin produced by the tree are considered the most beneficial and therapeutic portion of the plant with Boswellic acid being the most studied fraction of the extract. Boswellic acids make up around 30% of the resin.

Since early studies in the late 80s, extracts of Boswellia has become known for its anti-inflammatory potential. Without getting into too much chemistry, extracts of Boswellia are said to be able to inhibit pro-inflammatory enzymes, compounds which are responsible for inflammation. One such enzyme is 5-lipoxygenase, a compound commonly associated with asthmas, rheumatism and other chronic inflammatory conditions. As such, Boswellia extract has shown promise in several of the aforementioned conditions as well as osteoarthritis, ulcerative colitis and even Crohn’s disease. One study has also been able to show that it can alleviate pain symptoms associated with osteoarthritis.

Boswellic acid has also been examined as a potential anti-cancer treatment due to its demonstrated ability to kill off cancer cells. However, these studies are still in its infancy, so there is a long time yet before any final conclusions can be made. Similarly, there have been reports that due to Boswellia containing gugglesterones, a key ingredient in weight loss products, that it can also be beneficial for weight management and fat loss. However, there have not been any published studies as yet on the effect of Boswellia on body composition. 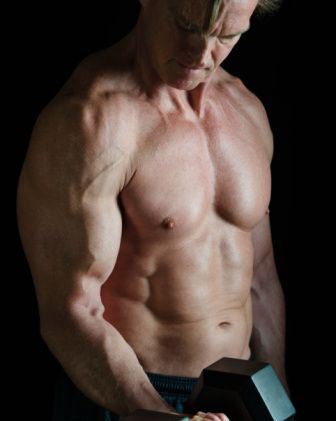 As bodybuilders and generally active people tend to perform a lot of weight bearing and impacting exercises, their joints are constantly taking a pounding, which can potentially fast track progression to osteoarthritis, one of the most common joint disorders and a result of wear and tear of the joints as well as ageing. As such, Boswellia can be useful supplement for bodybuilders or other people experiencing joint pain from exercising. Due to the ingredients positive effects on the immune system, it can also be taken by those training at high intensities which often weakens the immune system.

While there is no single recommended dosage of Boswellia, studies have generally employed the use of capsulated Boswellia containing approximately 333mg of Boswellia extract per capsule to be consumed 3 times per day. Currently there are no recommendations on when Boswellia is to be consumed during the day.

While there are stand alone Boswellia supplements, the ingredient can also be found in many fat loss products as well as supplements for joint health and inflammation.

As Boswellia is considered a general health supplement, it can be stacked with most other supplements. One could also pair Boswellia with other helpful anti-inflammatory supplements such as omega 3 and 6 supplements as well as other fat loss products.